The Difference between an Invention and an Innovation

An invention is sparked by the idea to create something new; it is something that hasn’t been created before by anyone else. That invention, that “novel thing”, could be a physical device, a composition, or a method or process. It is important to recognize that not all inventions are innovations – it is the use of an invention that differentiates it as an innovation. Innovation doesn’t exist until there is a customer who will utilize the invention to have impact. So, while an invention is the “something” new that has been created, innovation is leveraging that invention to respond to challenges that exist and create change.

The following are examples of inventions which had little or no worldly impact. These are not innovations! 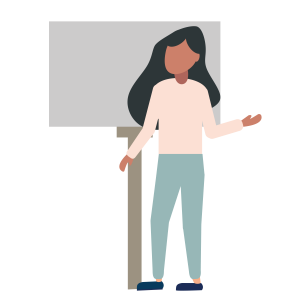 The following are examples of inventions that became significant innovations! These were leveraged to improve a process, address a real need, and benefit society, the businesses using them, and the end users.

Commonly researchers are the party responsible for creating an invention, and through the technology transfer process the inventions are brought to industry partners to be (hopefully) introduced into common use.

What is Technology Transfer?

Technology transfer is the process of formally transferring a new technology, invention or knowledge and its associated intellectual property rights from the creator (inventor) or owner to a second party or organization, most often to commercialize the technology in the general market. Most modern universities have dedicated staff in a Technology Transfer Office (TTO) to help researchers and academics with this process. Researchers and content creators should work in close collaboration with their TTO, if one exists.

Most often, technologies transferred are the direct outputs generated by researchers (students, staff, faculty) in their publicly funded projects at universities, colleges and other research institutes. Universities typically transfer technologies//inventions to industry for commercial development through a process involving; the disclosure of inventions, filing patent applications prior to publishing the scientific research, and eventually licensing the commercial rights of the technology/invention to an industry partner willing to develop and sell new products based on the technology/invention. A person(s) who conceptualizes a novel technology or invention is often called a “creator” or an “inventor” within the technology transfer ecosystem, both terms are used in this module. As well, the term “invention” and “technology” are often used interchangeably to mean the “thing or IP” that is being developed into a commercial product or social good. 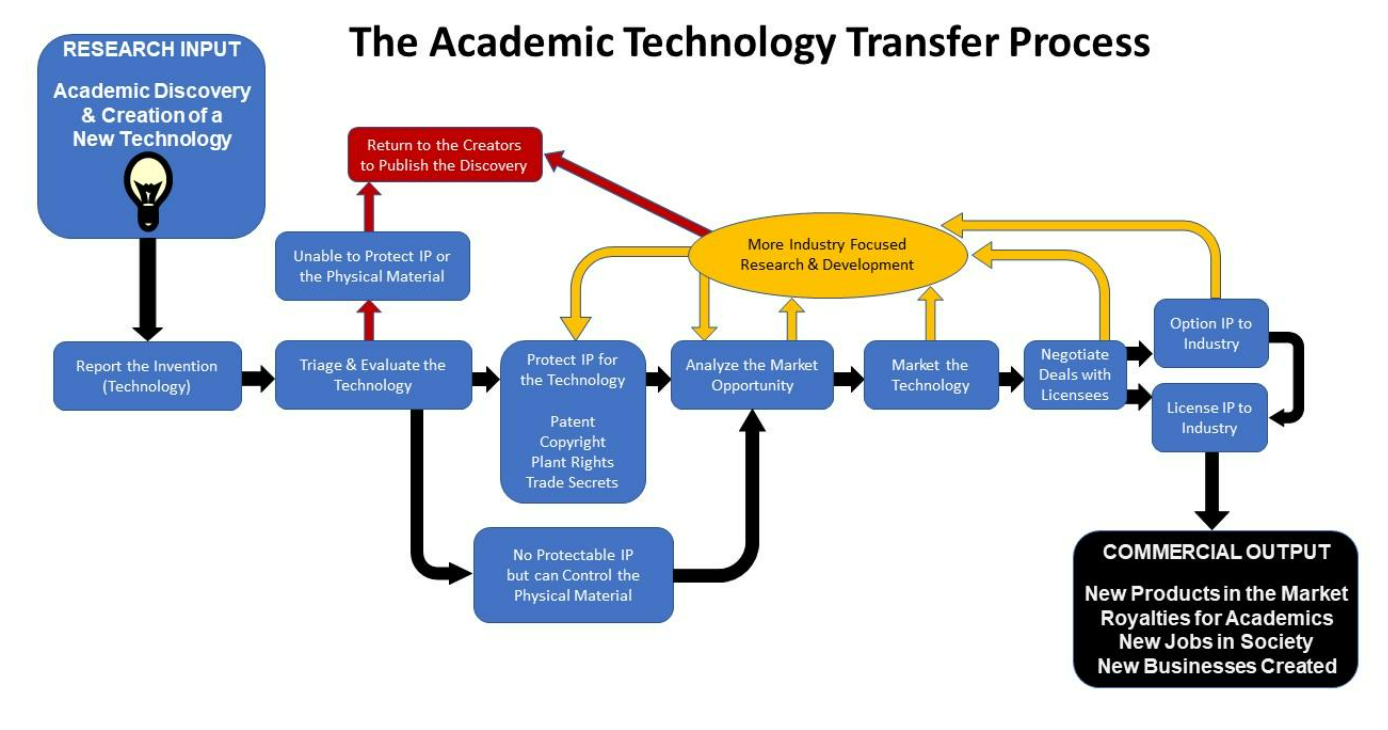