To write in clear language, there are a number of best practices we cover in brief below.

Jargon – unnecessarily complicated, technical language – is a major issue when specialists try to communicate with non-specialists. Jargon is useful when communicating with other specialists with the same background, as it serves as a shorthand to make communication easier. However, it makes it hard for non-specialist readers to understand your meaning.

As much as possible, try to avoid the use of jargon in your writing. A small number of terms that are essential can be used if defined, but try to avoid using many of them, as it makes it much more difficult for readers to understand.

Use Short, Simple Words and Phrases

Clear language is not only about reducing the use of jargon – field-specific terminology – but also about reducing the complexity of all of the words and phrases you choose to use. Is there a simpler word you could choose instead? For example, instead of choosing a more complex word such as commence, consider whether you could use a simpler word, such as start or begin instead.

Clear language is also about reducing the use of phrases where a single word will do. For example, instead of using the phrase due to the fact that, you could use because as a simpler alternative. Review a list of the frequent complex words and their simpler alternatives.

Finally, avoid the use of double negatives, which make your meaning confusing to readers.

Another general rule of clear language is to avoid or minimize the use of acronyms, particularly with an audience that doesn’t regularly use those acronyms. For example, instead of using the acronyms N&P, you could spell out these terms as nitrogen and phosphorus – or, as an even more plain language alternative, you could use the term nutrients. Similarly, instead of referring to EPT (Ephemeroptera, Plecoptera, and Trichoptera), you could use their common names – Mayflies, stoneflies, and caddisflies – or simply refer to them as insects, depending on the knowledge level of your audience.

Another important part of clear language is clear organization of content and clear design. Good organization helps the reader to easily find the information they are looking for; usually, clear language writers start with the most important idea first, and add supporting detail later. Good design is important to make content easily understandable. Read more about good design principles. 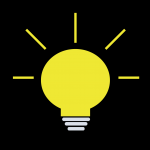 Deeper Dive
Watch the video: How to plan your communication for clear writing.