What exactly is a game designer? A question that has been asked multiple times over the years of the up rise of the game creation era by many different game enthusiasts. Trying to highlight what exactly a game designer is and does is no easy task, but can be succinctly explained in simple terms, by describing the roles and responsibilities of a game developer to date. As many people over the course of the years have become confused with knowing what the difference between a game designer and developer is,  it is quite important that pinpointing the exact definitions is crucial,  especially to the ones who look to partake in the game creation community as a career.  There are reasons as to why someone would commence their career in the game design industry a lot of it is to do with curiosity and their love and passion for games. It is important to get this right in knowing why people get into the industry in the first place which will ultimately lead to a better understanding of, what is a game designer anyways? Knowing why people get into it helps us understand the roles in which they partake when designing, it is easier to pinpoint the extraordinary work that goes into the artwork and stories behind the games that we play today.

The roles and responsibilities of a game designer whilst he or she is in the creation of designing are quite important for a designer or someone who would want to get into game design, to know exactly what the job is all about and some of the major roles that they need to understand the processes. Every individual that would want to get into game design would need to know exactly what the job is all about. It is also quite vital that in the explanation of this job that we do not get mixed up between a game designer and game developer a common mistake in the industry as to the difference between one and another. But it is also important to know how crucial the role of a game designer can be. They play around 50% of the development workload whilst the game is being created. It is also vital that people know the different routes that someone could take when going down the route of a game designer. Designers work in different ways some in teams and some individually.

It is also vital that a person again looking to get into game design knows exactly all the responsibilities a game designer has to face in the development of a game, for instance in UX design it is really important that the designer makes the experience for the users as fluid as possible and not too difficult to get through areas of the game, and this all depends on how hard the development team wants to make the game feel in the end.  A designer just needs to implement ways of helping the users along within the game and this can be done in various different ways. It is also important, that a designer knows how to make a game fun in development, now this is where both game designers and game developers come together to generate an idea and implement it into the game, but it is up to the designer to make the game look visually fun for the users and not just a bland and simple game. There are various different types of fun that a designer can implement in the game and this all depends on how difficult the development team wants to make the game.

In conclusion, it is important that everyone that wants to get involved in the gaming industry knows exactly what a game designer is and the roles in which an individual can face in development. What I have seen is that it is a hard task to become a game designer. There is a lot involved around it but it is not impossible to get involved if you have what it takes.

Curiosity and Creativity
There are multiple reasons as to why someone would like to get into the gaming industry in the first place. It is important that people know some of the facts as to why people consider getting into this role. To begin, money has a major impact on someone’s choices. Over the last number of years gaming has had a massive boom in popularity and millions of people all around the world from different ages, love to just be able to play some video games in their spare time. So becoming a game designer nowadays is a really good idea. Most average game designers make around $30,000 to $100,000 per year in the industry and that’s quite a lot of money. As Stated in the previous theme game designers do face daily challenges when creating a game and it is a difficult industry to get into alone, but people definitely see the potential of becoming a game designer to date because of the good payment it brings. Secondly, the reason people get into game design is that they love games. They want to be able to work in a job that they love doing, so if you’re a lover of playing video games a game designer may be the chance for you to create your very own game the way you want it to look. Another reason is that being a game designer gives you a lot of power, you get to decide what the game looks like essentially, and some people may be intrigued by having this power and having their own ways. And one of the final reasons is because they want to feel good about themselves after the creation of a game. Games are fun and leads to less stress for viewers which can help people out a lot with their mental health. Designers may get some satisfaction out of that knowing that they have helped someone out in the entertainment side of their life. In conclusion, there is a lot of potential in getting into game design because not only is it a fun and creative industry to get into it is also going to be a very important industry for the years to come and there is a guarantee that the job of a game designer will be lost in the future.

This theme is all about the difference between game designers and game developers, and what is meant by this is the difference in their roles as a game is under development. To start there is a major difference between game designers and game developers, and not a lot of people know the difference between
them both. This just assumes that there are the same. As stated in the bibliography a game designer focuses on the visual aspects of the game, so basically what the player sees whilst playing. This is vital to the creation of the game because it makes the users actually want to play the game and are fascinated by the way it looks. However, on the other side of the scale, there are game developers. They have a completely different job to what game designers do, they are based on making the game playable, so in theory, they are the ones responsible for all the code behind the game, and how the game essentially comes to life. Again this is also an important role in the development of a game, but not as many people who are visually creative would want to get involved with this. In conclusion, it seems that it is vital to know the differences between the two roles of a game designer and a game developer. We need to know this in order to get a better output of a game and everyone will be able to get across their ideas when developing a game.

There are different steps that a game designer takes that are vital to the development of a game. Once we know some of these key steps, it will ultimately lead to a better game in the end. For starters, a game designer should become more creative when designing a new game. They should not create some of the same games that have been out there already because it can lead to bad game development and the game will not be successful. Games should not look or feel like you are in a Hollywood movie, a better example is using ‘classical stories’ which is a layout that a designer and developer can follow when creating the game, in order to make a successful one. It is a simple layout but is a really good starting point in the creation of a new idea. There is also a structure that game designers follow before and during the creation of a game, especially those who are new to the industry. Since digital design can be quite challenging, the ADDIE (Analysis, Design, Development, Implementation, Evaluation) structure can help designers achieve the goals of their side of the development.

Finally, game designers should implement lots of testing when it comes to the development of a game, both game designers and game developers have to do testing within users to see if it’s appealing to the users. Although sometimes there can be quite a lot that goes wrong with testing, it’s important that the development team takes the feedback and implements it into whatever role they are doing. There are however multiple different testing techniques that work for both game developers and game designers since their testing would be different. It’s important that they have their own methods to get the best feedback. In conclusion, it is important that people know some of the key elements that a game designer has to go through when developing a game. It can be quite complex and there is a lot involved in the development process, but with the correct structure and using different techniques to help your way through these tasks can be completely achievable.

John Sutherland, July 27 2005, What every game developer needs to know about story.

Velev, A., 2016.Gamification Design: What’S Fun Got To Do With It?. [online] Gamification. 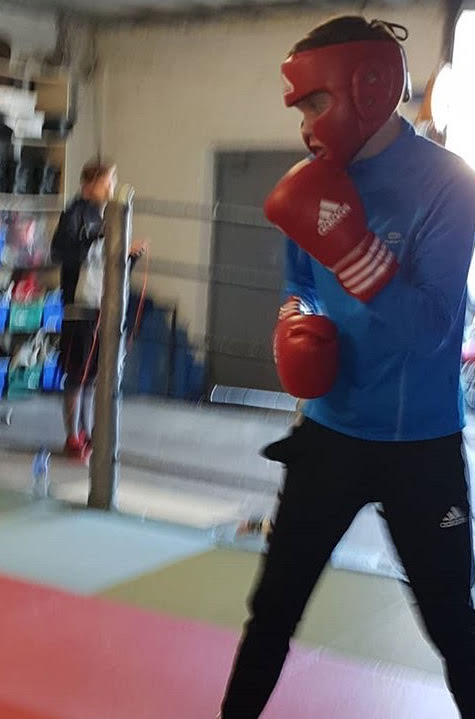 Sam is a second-year CDM Student at TU Dublin Blanchardstown. He is 20 years old. Sam has many hobbies that he likes to partake in daily include boxing and MMA and photography. His favourite module that he has enjoyed most out of the two years has been Digital Audio and Multimedia Development 1.

Game Design & Development 2021 by Sam Chapple is licensed under a Creative Commons Attribution-NonCommercial-ShareAlike 4.0 International License, except where otherwise noted.