Since the invention of video games in 1958, people have experienced something new and exciting. A new way of playing that didn’t involve a board game or toys, instead, through an interactive medium that keeps evolving over time which more and more people are picking up and becoming accustomed to, but as the number of new players keeps increasing so does the diversity of people. This means that game developers have to adapt to the diversity of the people, and make video games more inclusive and equally fun for everyone involved. What is fun though? And what would you have to include within a video game to make it fun? This paper will explain the term fun, how we all view it differently and explore the many different elements within a game that makes a video game fun and engaging as well as the element of inclusiveness within the said medium.

Fundamentals of the word ‘fun’

The word ‘fun’ carries many definitions and interpretations, all of which fundamentally relates to a ‘state of being’. Due to the many definitions, ‘fun’ is then used in many contexts by many different people all of which simply relate to the word fundamentally. Marc Presnky (2001) states that “fun, despite its dualistic nature, is a relatively simple idea-a state of being-”. For example, the word ‘fun’ can be used in the context of pleasure and enjoyment which is good and it can also be used for amusement or to ridicule which is bad. It is argued that “Many people relate training and learning not to fun” and claims that the converse – learning must be painful to be effective – is false (Prensky, 2001). Since our childhood, we’ve learned many things through fun activities or just fun in general. This shows us that since fun has many definitions and is a state of mind, meaning that people experience fun differently.

In terms of video games, players share different experiences of fun, and many different games contribute to this. There are several gameplay components that emerged from a said fun game, those described as being addictive, challenging, requiring strategy, intuitive and detailed. For example, Ryan Rodgers (2016) carried out a survey in which one user stated they enjoyed Mario Kart for it’s “appropriate challenge curve” while another user selected Street Fighter because they “mainly enjoy the competition it allows for”. Moreover, fun games were also described as ‘well crafted’ experiences as well as easy to pick up. Through these player experiences, we understand that ‘fun’ is subjective to everyone, but what is the common link that keeps a player engaged in games?

Well, it can be argued that games provide entertainment in the form of escape and that ‘fun’ provides the immersion for the person to escape. Therefore in order to provide this escape, the game must provide the immersion in the virtual environment provided through ‘fun’ and as we concluded beforehand, ‘fun’ is subjective to every person. But we mustn’t forget that there is also another factor that contributes to the overall immersion of a game, and that is the medium it is provided through. Melissa Federoff (2002) perfectly highlights that in order to create immersion in an interactive environment we must make the user actually forget they are participating through a medium. Consequently, on top of the game being fun to provide the immersion, the medium in which the player plays is just as important to enhance the engaging experience.

In order to provide full immersion through the medium, there must be suitable mapping on the interactive media through which the users play from. Skalski (2011) refers to mapping to the manner in which the actions performed by users of interactive media are connected to corresponding changes in the mediated environment. Therefore, if the mapping is done naturally, where the user would just simply forget they’re engaging through interactive media and achieve spatial presence. But what is spatial presence? It is the sense of physically being located inside of a virtual environment with less focus on the user playing the game but actually being inside the game. However, a study conducted by Skalski (2011) indicated that spatial presence was not important to the game’s enjoyment as other variables and that the findings of the two studies suggested that players don’t need to feel spatially present in the game to enjoy the game’s world. That is not to say that spatial presence has no impact, rather that there are other variables within a game that make it more engaging and fun.

Rewards in a video game is just one of those variables that could keep a player satisfied and interested in the game, enticing them to play more and perhaps even presenting the player with more engagement and a goal. However, due to fun being very subjective, players could receive various rewards but they could all view these rewards to different extents and value them differently. Charles Butler (2013) backs this up by pointing out that people play games for many reasons, and it seems logical to assume that they are predominantly doing so because playing gives them some sort of reward. Therefore, depending on the reason a player is playing a certain game determines how they would react or feel about a reward they receive within that game.

An overview of this whole paper has shown us one thing: that fun is really subjective to everyone hence people experience fun differently in video games. The many definitions of ‘fun’ don’t really matter in our context, it’s the interpretation that does as it is a state of mind after all. We know that people have different reasons for playing a game, it could even be different people playing the same game but for different fun experiences. Moreover, if the game is that fun for the player that they become immersed in, it could provide them escape from daily real-life stress and just unwind and feel as if they’re within the game. Overall, the main reason that I believe that video games are going to be popular for a long time is because of all these different experiences that we endure playing them.

A. Federoff, Melissa, “Heuristics And Usability Guidelines For The Creation And Evaluation Of Fun In Video Games” (2002). Pg. 01-12. 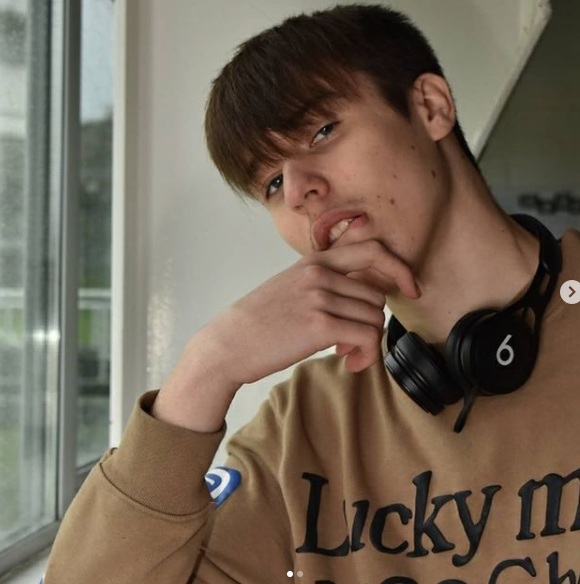 Justin Urbonas is a second-year CDM student in TU Dublin with a passion for design, especially web design. He chose this course to explore more mediums for design to help him find new passions and gain more knowledge to further improve his work. For his second year of college, he decided to look into game development more academically, especially the fun aspect of games. He used this as an opportunity to learn more about academic writing and develop some skills while discussing a subject that he’s passionate about.

Game Design & Development 2021 by Justin Urbonas is licensed under a Creative Commons Attribution-NonCommercial-ShareAlike 4.0 International License, except where otherwise noted.