Genre is a style or category of something, for example, movie genres, tv genres, the focus of this section is game genres. Some examples of game genres would include “action”, “adventure” “simulation” and “shooter”. The topic of Genre is very big and there’s a lot involved in it. There are a lot of problems that occur due to different game genres. An introduction to Genre, Problems with specific game genres, Personalities and Gender preferences, and Difficulties grouping game genres will be discussed in this chapter.

Game Genres are what we give to different games in order to group them together. Games with the same mechanics and the same styles of gameplay would be put into one genre. It is mostly to categorize them for the consumer to know what they like and will buy similar games. “The game genre is “a recurring type or category of text […] defined by structural, thematic and /or functional criteria”. (Cășvean, 2018). All games fit into one or more genres. Qaffas (2020) states out of all the popular games in the last 34 years there are only 16 genres that sit in the top spots.  Some examples of these genres would be “shooter”, “platform” and “puzzle.”

Although genres make it easier to find similar games to the ones you like, there are some genres that have problematic characteristics attached to them. Such genres like  first-person shooter, action-adventure, role-playing and gambling games have led to real-life problems. The games that fall into the problematic genres tend to be very addictive as when playing the games a lot of dopamine is released when playing games. It is very similar to the high you would get from drugs. Out of all the genres MMORPG games are being more popular and a lot more addictive. It is due to them having a “never-ending” feeling too them. Along with being highly addictive,
this can cause internet gaming disorder. Internet gaming disorder is when a person loses control over their gaming habits and puts the priority on playing games rather than other important things in their lives. “The results of the test indicated the presence of a significant difference in the internet gaming disorder status distribution of the four genre-specific groups, with the highest proportion of the internet gaming disorder group identified in the FPS game group, followed by the MMORPG group, the RTS game group, and the sports game group.” (Na, E., Choi, I., Taek-Ho Lee, Lee, H., Mi, J.R., Cho, H., Dong, J.J. & Dai-Jin Kim. 2017) . As this has only become more of a problem in recent years, more research needs to be done on the topic.

Research has shown a preference to particular game genres based on personality and gender. “Thus, it could be assumed that being male and being younger goes along with the preference for certain game genres, which themselves are more time consuming and demanding and thus can explain the higher gaming time.” (Rehbein, F., Staudt, A., Hanslmaier, M. & Kliem, S. (2016).  Peever, N., Johnson, D. & Gardner, J. (2012)  said that there are different personality types and each is more likely to like a certain type of genre.
For example, people with the personality type “extraversion” tend to prefer party, music and casual games the most. “For extraversion, there was a significant overall effect of genre, with party,  music and casual games significantly positively related to extraversion scores.” (Peever, N., Johnson, D. & Gardner, J. 2012) . Then, when it comes to gender it is said males are most likely to have a higher gaming time due to their genre preferences. According to Rehbein, F., Staudt, A., Hanslmaier, M. & Kliem, S. (2016) “The higher gaming time of men is fully accounted for by the male-specific preference for certain game genres.” They discovered that males tend to prefer role-playing games, adventure games and sports games (along with others). Whereas the only one women tended to prefer was brain and skill games. When it came to the simulation genre it was preferred by both men and women.

There are also some difficulties when it comes to grouping games into genres. There are so many genres and yet a lot of games will fall into the categories of having multiple genres attached. So, therefore, this creates new genres. “The existing common video game genres lack clarity as well as consistency” (Heintz, S. & Law, E.L. 2015). Video games aren’t clearly defined in these genres and there is no set relation or because there is no set relation. There is also an issue with a game having different genres depending on where you look. Different papers suggest many ways to fix these problems, these include having developed a new way of putting games into new and improved genre categories. One new method is called GEAM which stands for Game Elements-Attributes Model. It includes a total of 5 genres. They are “resource”, “mini-game”, “adventure”, “action” and “role-playing”. Another suggestion was to use a type of map to group games so if they fall under different categories they go in certain spots of the map. You could end up with two very different games beside each other but due to having similar mechanics, they would fall under the same genre. Both methods would be very useful to use as a new way of grouping genres.

It is clear from the findings in this chapter that genres have a bigger impact on people than people would think. It can affect your mental health and your physical health. There are also different problems with grouping genres together as they were made so long ago. Different people have suggested ways to fix this so it’s something to think about and look out for in the future. There is also so much more out there to look into about all of these topics. In this chapter, we discussed difficulties with genre groupings, personalities and gender genre preferences, problems with specific game genres and a short introduction into the world of genres. 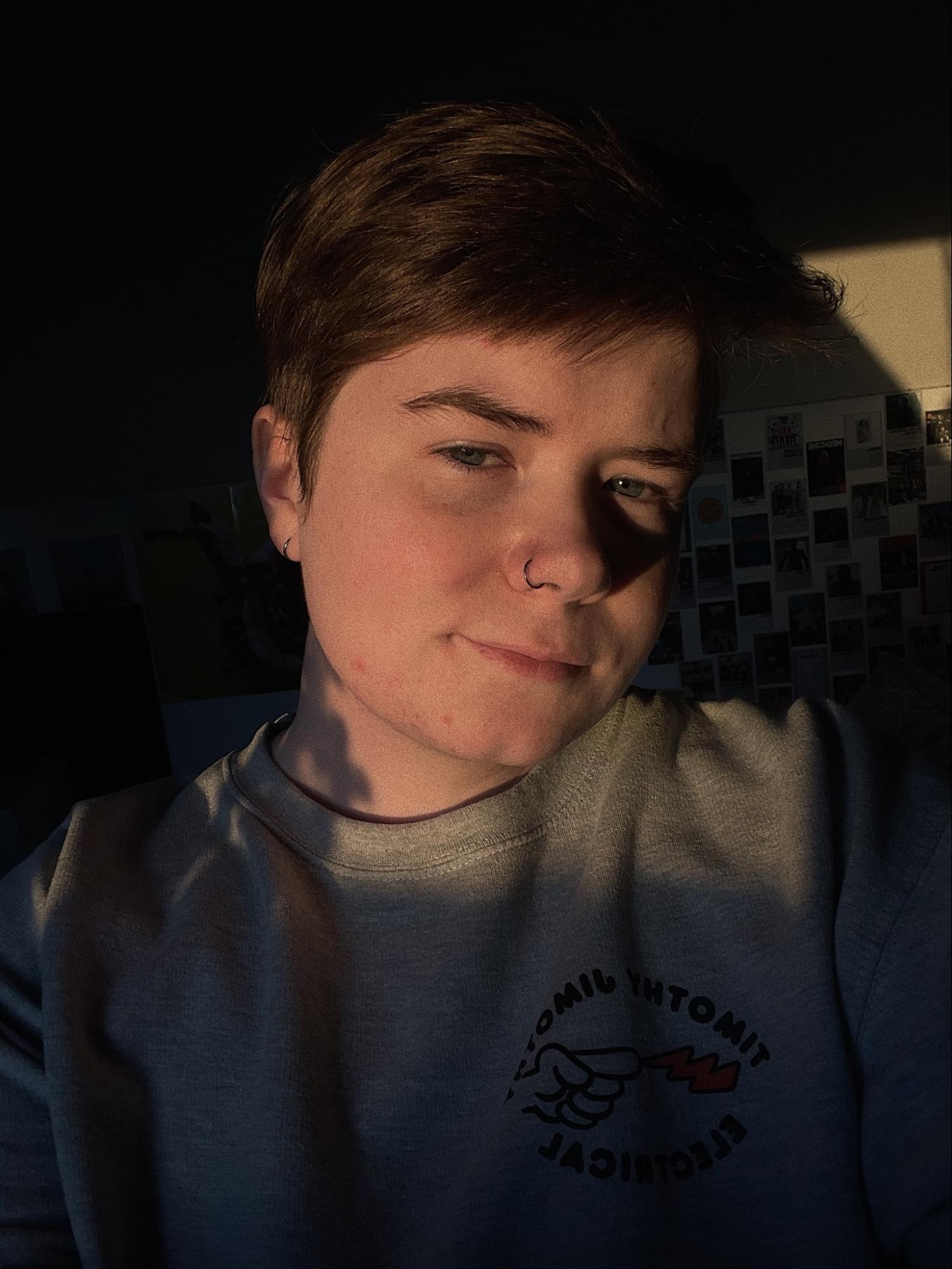 Megan Kelly is a second-year student studying Creative Digital Media at the Technological University Dublin. Megan is 22 years old and is from a small village in County Roscommon. Megan has a passion for photography and music, she loves going to live music events. She also enjoys website design and graphic design. She loves animals and especially loves her dog Chomp and her cat Zoe. She has a keen interest in politics and would love to get more involved when finished college.

Game Design & Development 2021 by Megan Kelly is licensed under a Creative Commons Attribution-NonCommercial-ShareAlike 4.0 International License, except where otherwise noted.