One of the main reasons that people all over the world enjoy playing video games is for the entertainment that it brings them. Game developers understand this and so they try to make sure that their games are as enjoyable and entertaining as possible for their intended target audience and as such many tend to look to their past games as well as ones made by other designers to see what they did right, what they did wrong and if they can incorporate certain game mechanics and techniques into their future games. In this section, we will be focusing on three of the key aspects that have helped in making video games entertaining and enjoyable to its audience in one form or another whether it be, for example, through the use of an interesting story, advanced controls or difficulty. The three key factors that will be the main focus of this chapter are appreciation, immersion, and challenge which are all interconnected in one form or another.

There are many aspects to enjoyment in terms of games, one such aspect is appreciation as it means that the player has grown to care about the game as well as the outcome of it. Appreciation can come in any form for example in an interesting and compelling story like in “Red Dead Redemption 2” to interesting and unique mechanics such as the nemesis system from “Shadow of Mordor” as well as the effort put into the making of the game. These kinds of key factors can lead to appreciation and thus enjoyment.  The type or genre of a game is also a very important factor of whether or not it is appreciated, for example in one study to see if more hours of video gaming and stronger delay discounting could predict more problems of procrastination it was found that the majority of their test subject enjoyed playing strategy, RPG or action, and adventure games while the minority played sport and VR simulator type of video games (Nordby, K., Løkken, R.A. and Pfuhl, G.,2019).

(Figure 1: From Playing a Video Game is More than Mere Procrastination)

Appreciation can also lead to the player learning and remembering certain things they see and hear when they are entertained. This has led to many people, using games as a tool for teaching, not just academic subjects like maths, physics, and language but also social skills like attachment, empathy, to people who have difficulty interacting with people but only as long as they find the activity fun and keeps their attention.  Another factor that can cause people to appreciate a game is the amount of freedom it gives as it has been shown that people prefer games that allow them to do as they please in the game space without consequence, a good example would be Mindcraft. To summarize appreciation is a major key factor to whether or not a game is enjoyed as it means that the player has grown attached to the game, but is not the only one as it is closely related to other factors such as challenge and immersion,
both of which will be given in more detail later on in this section.

An additional key aspect of enjoyment is challenge. Challenge is an important part of enjoyment because without some type of obstacle in the players way the game may feel too easy and the player will grow bored and lose interest but when the challenge is completed the player may experience a sense of gratification and accomplishment, especially if there is a reward at the end. When test subjects were told different verbal descriptions of the game “Tomb Raiders” one where the main character had a large number of weapons and was being attacked by enemies and another where few weapons and no enemies and it was shown that people much preferred the first version (Vorderer, P., Hartmann, T. and Klimmt, C. 2006). The reason for this is because the first version provides more difficulty and choice which will make the game more fun as the player has an obstacle to overcome and different ways to do so. Similar to appreciation, players can also end up learning from obstacles such as puzzles so many teachers have decided to use games as a tool to help with learning certain subjects such as physics and math to name a few, a good example is in one paper the author was studying to see is games can help teach physic so uses a puzzle game one such puzzle was to make a catapult to pop a balloon (Shute, V., Rahimi, S., Smith, G. et al., 2021). In conclusion, challenge is an important key factor as it gives the player a sense of gratification and achievement, however, this is only one factor that leads to people feeling enjoyment from games.

The third and final aspect of enjoyment is the feeling of immersion. Immersion is a major factor of enjoyment, this is because it means that the player has been drawn into the game and felt as though they were a part of the world of the game. People can get immersed into a game due to a number of different factors from its story, characters, or mechanics, there are also three different levels of immersion, those being engagement, engrossment, and total immersion. The type of controller and setup that a game has can decide whether or not the player is immersed. Two prime examples are VR, which after a test during a study on the effect of VR found that the first person setting gave the player a feeling of presence which led to enjoyment (Monteiro, D., Liang, H., Xu, W., et al., 2018). Then there is the Wii controller which used mapping, which was the muscle memory of the player which gave it a more natural feeling to it and for sport simulators like tennis or golf help with immersion making the user feel like they are playing the real sport. Another factor of immersion is how much freedom the player is given in the game, as it is proven by one study that players enjoy being able to move around and interact with objects as they pleased (Vorderer, P., Hartmann, T. and Klimmt, C.,2006) which is why so many people like to play RPG type games. Flow can also lead to a player feeling immersed in a game, it has nine factors these being the balance between skill and the demands of an activity, the merging of both awareness and action, having clear goals, acquiring unbiased feedback, concentration on the task, conscious control over the activity, the loss of self-reliction, having a warped perception of time and intrinsic motivation toward an activity. However, it is difficult for developers to create a flow as all 9 factors must be present. One more key factor of immersion is the connection some players develop with their characters as a compelling and relatable protagonist along with that if the character is similar to the player they may feel as though they are actually in the game world leading to more enjoyment. In conclusion, Immersion is extremely important as it means that the game has drawn the player in causing them to feel like they are actually part of the story the game may be telling and not just watching a perfect example is “Red Dead Redemption 2” with its compelling story and relatable main and side characters.

In conclusion, entertainment is a vital part of whether or not a video game succeeds, as no one wants to play a game that they do not find to be enjoyable in some way. As seen in this chapter game companies have found that there are many different ways to make a game entertaining for the intended user whether it be through the use of an interesting story and compelling characters that people can appreciate, like with games such as Red Dead Redemption 2, or an immersive interactive environment and game controllers, such as the iconic Wii remote and VR headsets such as the oculus rift, to even just the sheer difficulty of a challenge and the joy of getting around it, like the puzzles solving in games like the uncharted franchise or the unique boss battles in games such as bloodborne. However, there are many more ways to make a game entertaining but these are the most well-known methods that are used around the world.

Michailidis, L., Balaguer-Ballester, E. and He, X. (2018) Flow and Immersion in Video Games: The Aftermath of a Conceptual Challenge, Frontiers Media SA. 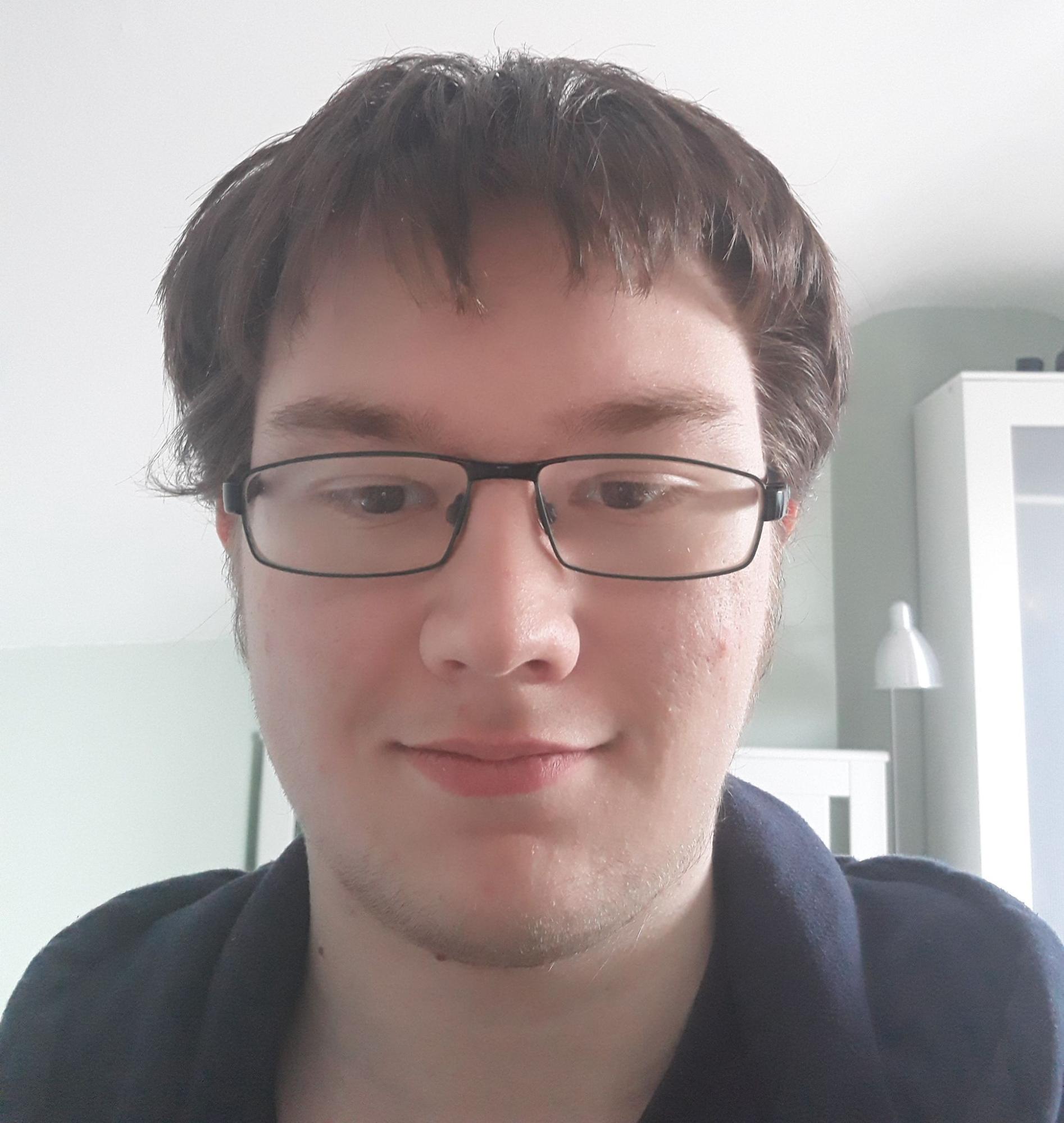 Bernard Mac Donagh is a second-year creative digital media course student in the Technological University of Dublin, Blanchardstown. He is 20 years old and lives in Co. Dublin he has an interest in getting a job as a graphic designer for posters, logos and adds once he has finished and leaves college, he also has basic web design skills. He has two older siblings one is a medical doctor the other is an IT guy, his hobbies include drawing, painting, swimming, and playing video games, specifically RPG type games, his favourite being Red Dead Redemption 2 by Rockstar games.

Game Design & Development 2021 by Bernard Mac Donagh is licensed under a Creative Commons Attribution-NonCommercial-ShareAlike 4.0 International License, except where otherwise noted.