What is a mod?

The modding community is an essential part of game modifications. By utilizing skills such as programming, scripting, and game editing, Fan programmers can alter and revamp the overall look and feel of a game. Fan programmers is another term used to describe the modding community. The modding community can make adjustments to artefacts such as characters, weapons, storyline, and map. The gaming industry has also made it easier for fan programmers to modify games by providing them with developmental tools. An example of this would be a Lua scripting language which is a learning tool in relation to scripting code. Modding originated in the 1980s and was previously named “cracking”. Individuals would take an interest in popular games and would take out important copyright infrastructure in order to sell it on without getting caught. According to Nieborg (2005) “Mods can differ in size and complexity and can make little adjustments to the original game or give a game a completely new look.” The fundamental goal of game modifications is to acquire different skills and to make use of those skills by changing various features within an existing game. Those features can vary in size which always depends on the motivations of the fan programmer.  Modifying games can vary from the game mechanics, the characters to the difficulty of the game.

There are various modding platforms that make it possible for fan programmers to share their work. Mod creators tend to look for active modding communities before they start programming as it makes it easier for them because there are add-ons provided that might speed up the modding process. An example of an active modding community is Simtropolis which is a forum revolving around city-building games within the sim-city franchise. This website carries game artefacts, mods, and add-ons for the modding community. There are over 20,000 different mods on the platform which are categorised by things such as “what’s new”, “featured”, and “highest ratings”. Wells (2018) describes “Simtropolis and websites like it are vital elements in terms of sustaining modding communities and ecosystems.” Without active modding communities, mod developers might find it difficult to receive feedback or progress on their game modifications. Online modding websites are the basis for sharing content, receiving bug reports and acquiring peer reviews. This helps fan programmers in assessing, improving on their final creation. There are various modding communities other than the Simtropolis website such as Nexus mods which is a website specifically designed for people who want to download mods on their devices and CurseForge which allows users to download or upload mods from games such as Minecraft, Terraria, and more.

Both the gaming industry and the modding community benefit from each other. Fan programmers are motivated by their work because they have the creative ability to do what they please with the game they choose to modify. Game developers are often pushed too fast when it comes to releasing a perfect game so, with the help of the modding community, they are able to improve the long continuance of games and the gaming experience itself. Fan programmers need to have a deep understanding of the game that they are modifying. This can include the time period in which the game has been set and the different developmental kits associated with the game. There are also many technological skills in which fan programmers need to have knowledge of such as scripting, 3D graphics, mathematics, computer science, and graphics programs. In addition to possessing such skills, they acquire new skills in the process which can help them develop themselves personally and in their career. Team-work, problem-solving, and peer reviews can benefit them in perfecting their game. These skills are essential as game developers need to acquire similar skills in order to build a game with their professional teams. Postigo (2010) states “that modding straddles the lines between professional production and amateur contributions more thoroughly. It has close ties to the industry, evidenced by the technological affordances that the industry provides and the extent to which some elements of the PC game industry incorporate modding culture into their business models”. Active modding communities develop substantial skills before and after modifying games which benefits them in the long term.

Developmental tools and engines make it easier for fan programmers to modify their games. The gaming industry realizes that the modding community impacts them and improves the sales of games so in order to help them they create developmental engines which are a part of their games so that the modding community can straightforwardly manipulate and edit the virtual world. A principal game that has its own engine is the half-life 2 engine named Valve Source. After its release in 2004, they published Half-Life 2: Deathmatch only containing 2 maps. In order to challenge and engage their players, they decided to create a map-making contest in which users could use the developmental kit provided to make maps for the game. A lot of popular games came out of the Half-Life 2 engine such as Counter-Strike, Garry’s Mod and the Stanley Parable. These games are technically referred to as mods but they became their own series of games due to their popularity. These “mods” are total conversions of the half-life FPS game. Epic Games is another software developer which made a developmental tool called Epic’s Engine 3 whereby fans could create their own games. Without these developmental engines, the modding community would be scarce. Nieborg (2005) mentions that “Not only have gamers now access to the same tools as commercial developers, they also gain more and more access to the same distribution channels as a large number of games become available online.” Game developers put active trust in the modding community by sharing various developmental kits so that fan programmers can make use of them and alter different things within the game. This both benefits the modding community and the game industry.

The modding community has the capability to transform anything within a game. Minor adjustments can be made such as changing textures, creating weaponry and making small changes to the game-play like the difficulty. Fan programmers can also make extensive modifications and total conversions to anything. They can do this by using the developmental engines provided but before they can do that they would need to have substantial knowledge of programming and the foundations of the game itself. Extensive modifications may involve substituting or expanding on certain elements such as quests or tasks within the game or the game mechanics themselves. Total conversions are complete transformations on the overall environment and conditions of the game. A popular game example that has been converted is DOTA 2 which was created by the modding community from the game WarCraft 3: Reign of Chaos. User interface customisations are mods in which they personalize and improve on the gameplay. An example of this may be the ability to change a player’s attire or removing some elements within the HUD such as the health bar in order to make the gameplay more difficult and interesting.

There are different types of game mods on which fan programmers focus on. Some types of game mods include characters in which fan programmers modify or create in-game characters. Graphics that change or construct new 3D textures and models. Mappers who design and develop an existing map layout or design a brand new one. Equipment that the players can also be modified like weaponry, clothes, skins. Fan programmers go as far as making their own weapon sounds within games to give the player a more realistic experience. Hackman and Björkqvist (2014) outline “that game mods can be divided into characters, item availability, equipment, graphics, locations, placement, improving immersion and custom help.” Game modifications can vary on the extent to which can be minor adjustments to the game or total conversions to a game.

The purpose of this paper was to provide a comprehensive overview of game modifications and the active modding communities that revolve around the gaming industry. Game modifications involve the altering and revamping of a game whether they’re minor adjustments or total altercations, with modifications there comes a variety of mod examples such as mapping, equipment, constructing textures and character models. The gaming industry has also made it easier for the modding community by building developmental tools for the games that they create. Fan programmers learn and develop different skills when modifying games which help them get motivated in the process.  By modifying games, fan programmers can help extend the popularity and shelf-life of the games that they modify. By acquiring a big modding community, online modding platforms become available which help modders share and give feedback on the mods that they create. 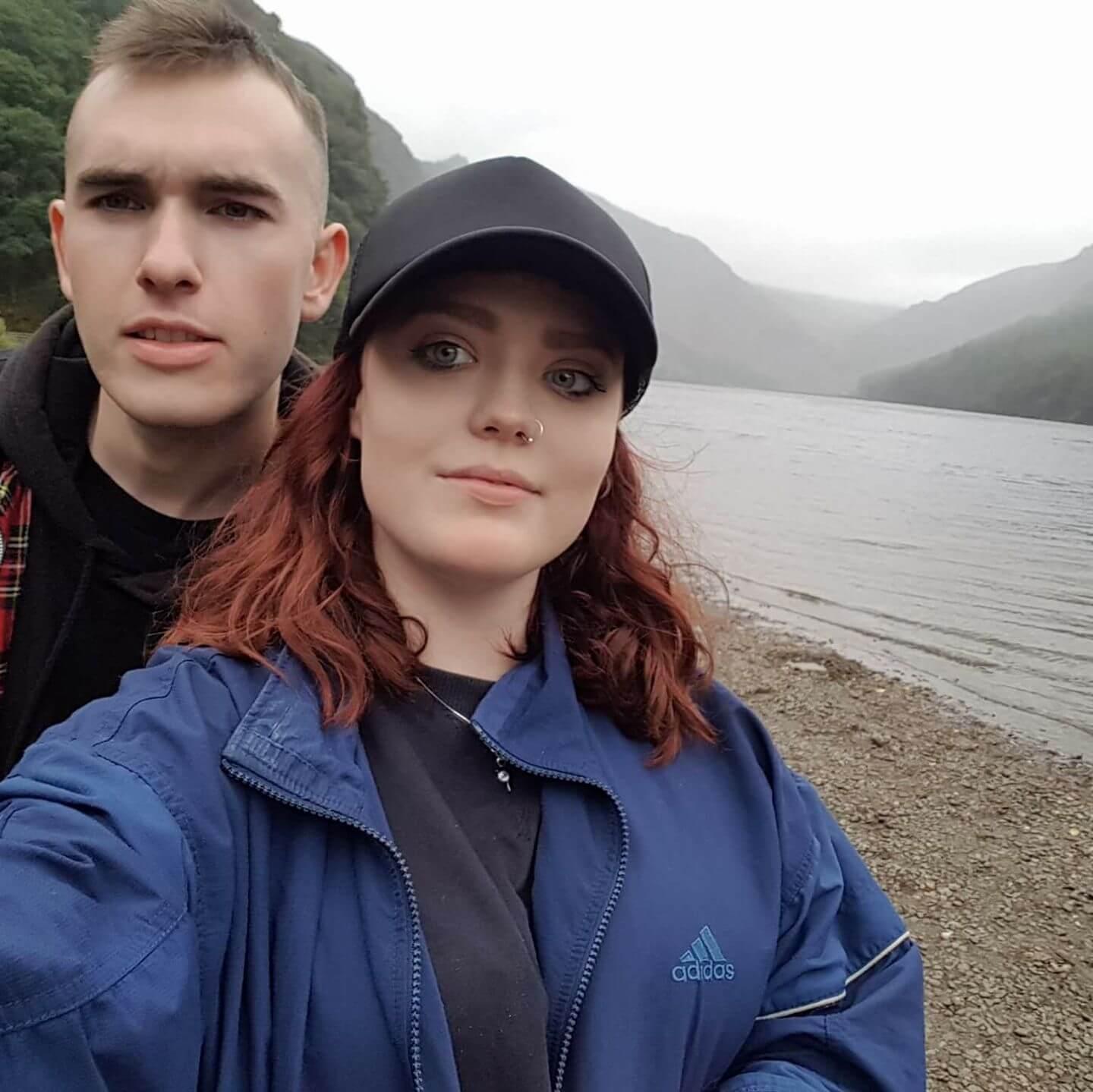 Anna Zurawska is a Creative Digital Media student studying in TUD Blanchardstown. She loves creating and experimenting with projects that she’s assigned with especially to do with graphic design and building websites. She plays games on occasion when she’s not working and she reads during the summer when she has time off, she specifically goes for horror genres. She has 4 cockatiels at home and a cat so it’s constant stress with them around.

Game Design & Development 2021 by Anna Zurawska is licensed under a Creative Commons Attribution-NonCommercial-ShareAlike 4.0 International License, except where otherwise noted.