After the creation of the Pen and Paper RPG’s, in around 1975  the first text-based adventure game was created by a man named William Crowther. These text-based adventure games played through typing a command which was two words and having your character carry out those commands all through text in response to a prompt from the game. The aim was to win the game by doing all the right actions in order to progress the story to the final, correct outcome through a series of puzzles. This style of game was not necessarily considered a roleplaying game due to the fact that you could not alter your characters or develop your character usually.

After this form of the game came MUD’s which stand for Multi-User Dungeon. These were computer games that allowed the player to read and respond with their own text. This differs from the Text-based adventure games because MUD’s had implemented multiplayer. In this way, the machine was acting as the gamemaster of the player’s story. Much of the gameplay involves solving puzzles during questing. Players can also develop characters with their stats, which is short for the statistics of their character. Now that the history of MMORPG’s has been reviewed, next is the basics of typical MMORPG Games.

The Mechanics of typical MMORPG Games

When entering an MMORPG game server players will need to first make an account to host several of their avatars or simply just one. Many of the servers are hosted by area, time zone or language groups. General gaming activities include dungeon crawling, character expansions and improvements and interacting with other players. Major aspects of the MMORPG genre of games includes a community grouping often known as a “guild” or “clan”. These groupings consist of players who often play through the game world together. There are special allocations for these guilds such as messaging between the guild privately, there are also more achievements that can be acquired only through guilds. Two classifications in the activities and play styles of the game are known as (PvE) which stands for Player versus Environment and (PvP) which stands for Player versus Player. In Player versus Environment games, the player will generally be battling against NPC’s which stands for Non-Playable Characters which are controlled by the game.

The NPC’s may include monsters that are in quests or the background characters to the game. Player versus player is different in the fact that the majority of the time will be spent battling other players with their own play style. Some games will have PvP orientated servers and PvE orientated servers while some may be exclusively played one way or the other. PvP is the driving force to why players quarrel, in this way if players quarrel between guilds it is expected that the whole guild takes action to fight alongside their guild partner. Players may have different play styles, due to this there are generally different attributes involved in picking your character for MMORPG’s. Some standard examples include class, gender, general appearance and profession. When choosing a class players can play with defensive style classes, like healers or offensive style classes, like warriors. These class types help to contribute to a party system where different skills are needed to band together. Some players will like to play multiple classes with different roles, these secondary accounts are known as alt accounts, short for alternate accounts.

Scams in the MMORPG community

Some reasons why the reputation of an MMORPG game might be negatively impacted by their players can be traced back to scamming, for example, the scam user named “Cally” had executed in “Eve Online” where the player took in-game money from a large number of other players. Due to the fact that  MMORPG’s are online and generally have trading systems with real money, it is widely known that there are some individuals who try to scam other players out of their money. When scams are taking place there are many ways to execute the crime. Some scammers can take advantage of the game itself by looking for weakness within the code and targeting that weakness for their own objective.

Scammers may attribute their wealth to using certain software for putting other players at a disadvantage. There are many ways for a scammer to attack a player or the game itself in order to acquire what they want, however, what they want could be a vast option of choices. Some scammers wish to acclaim in-game items, currency or information and some scammers may be looking for real money. This proves as a big problem for game developers who need to constantly update their method of preventing scams that may occur. There are three main categories on which a developer needs to focus on in order to stop scams. Developers need to first focus on making code and putting up firewalls to prevent the scams when caught, then they need to put in place certain protocols which will lessen the effectiveness of the scam, lastly they need to make sure they put more security measures in place to prevent the same thing from happening again. Generally, when a game is started there will be a few security measures put in places such as a password and an email in order to identify a user is a legitimate person and not a scamming robot or hacker.

The use of MMORPG’s in the classroom

Since the rise of MMORPG’s some theorists has inquired about the learning potential behind these games. Aaron Delwiche of the Department of Communication at Trinity University, San Antonio undertook an experiment to see if students could learn through the experience of MMORPG’s. Delwiche’s discovery concluded that MMO’s are a safe learning environment that wouldn’t put a student’s person at risk of danger. This safety was necessary in the work with anxiety-related disorders and would be important for future educational systems as safety is necessary for learning. The nurturing of safe environments, when compared with risky environments, concluded that when in a risky environment, students would cooperate less and refuse to talk. Students could also visualise themselves in the role of game developers and scientists due to the independence of safe environments. The students from Delwiche’s research were found that they received strong scores from their work when working in the testing ground of virtual worlds created in common MMORPG’s. The students explored a range of topics to do with the online worlds and were given the task to create virtual spaces within different games. They used perceptive analysis skills in which they learned in doing their readings and had all learned greatly from their course material. The author had three recommendations in his findings that they wanted to share with the reader. Delwiche wrote to be cautious of the possibility of becoming addicted to the games, to do your research on several MMO’s before finding the one that best suits your course curriculum and teaching outcomes, and lastly to integrate your students properly on how to interact with the game and the goals that should be achieved during their play.

A Look at an MMO With Mass Appeal

One of the main games associated with the MMORPG genre is called “World of Warcraft” which in February 28, of 2021 has over 5 million players per month.  The game has been running for 17 years in 2021, and after its launch in November of 2004 it was immediately apparent that the game was unlike any other at the time.

The game has many unique features that make it stand out. Some features like across the eight available races a player can choose from, the game also has “hybrid” characters that are the combination of two or more races and their abilities. When starting the game you must also choose from two factions, the Alliance or the Horde. Some races are free to choose either however other races are bound to one or the other.  A feature that consists in the game is how factions cannot communicate with each other. If an Alliance tries to communicate to a member of the Horde it will promptly be turned into gibberish to keep up the realism of the world. However, players can still emote to convey a sentiment to some accord. In World of Warcraft or (WoW for short), the servers are divided into PvP and PvE. The research found and attributed to Nicolas Ducheneaut, Nick Yee, Eric Nickell and Robert J. Moore, shows that many players enjoy playing more action-based characters and can play as a single-player or with a group. This is what widely appeals to the players as the playstyle is very open and not limited by the rules or regulations. There are also several role-play servers for those who would like to stay in character. This can hark back to the first forms of MMORPG as in pen and paper games where players would immerse themselves in the world through imagination, actively having a role in their characters’ story.

In conclusion, in this section we took a look at the basics of what entails an MMORPG game, it’s history and development from Pen and Paper to the international online platform it is today. We also took a look at the general game mechanics of the MMORPG’s and the possibility of scamming and lastly we reviewed the possible uses of these types of games for educational purposes and an example of one of the most successful Massively Multiplayer Online Role-Playing Games thus far. The overall idea of this information concludes that there are many elements that have still yet to be explored and expanded in the MMORPG community and that the genre of gaming is vast enough for many purposes both positive and negative. 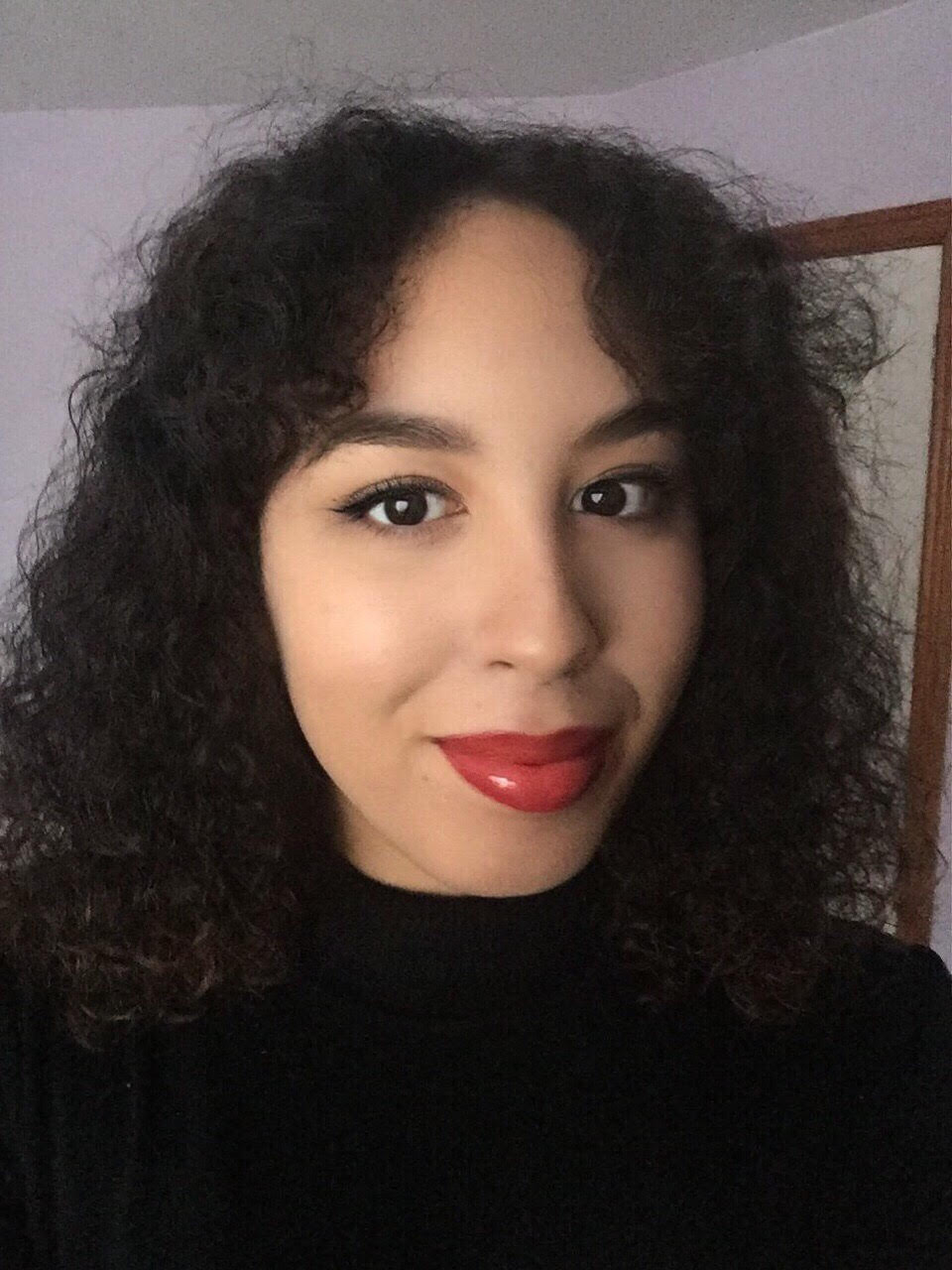 Enoh Brownson is a second-year Creative Digital Media Student studying in TU Dublin. She is interested in pursuing a career in design and in editing for videos and magazines. She is determined and ambitious and hoping to be successful in any goals she has in the future.

Game Design & Development 2021 by Enoh Brownson is licensed under a Creative Commons Attribution-NonCommercial-ShareAlike 4.0 International License, except where otherwise noted.