A user interface in games’ purpose is to allow a user to carry out a task within a game world either through direct input or through an action on a Heads Up Display (HUD). The user interface is the section of a program that allows for human-computer interactions (HCI). User Interfaces must be designed with care and understanding for human psychology and physiology, this is because the colour, shape, and way a program is used dictates how well a UI is crafted. The colour choice in UI design should be based on colour psychology theory to give the user a certain feeling while interacting with each area of the UI, the shape of a UI is equally as important in crafting certain feelings in a user. UI should not require the user to have to learn many if any, new skills to gain access to it and be built with the idea of what knowledge a user already has in mind. Many variations of UI allow for as much user choice as possible either through buttons, menus, sliders, and other optional widgets or through the creation of UIs which allow for manual changes by the user, and toggle options can be used here also. UIs purpose should always be made with the idea of enhancing the user experience and simplifying tasks.

Use of shape and colour in UI

The use of shape and colour in a UI is crafted purposely by the designer to make the player feel a certain way. Successful UI designs use colour as a way of manipulating a users emotions to give them a very specific experience, the choice of colour is based around the psychological understanding of colour theory where colours relate to certain emotions in humans. The shapes used in a UI are just as important as the size, weight, curvature and more minuscule features may make a user perceive the design in a different way and will play into their emotions differently. Colour psychology is carefully considered in the design of the user interface as a way of using a players emotions to indicate meaning from the UI, the most prominent used colours are the
four primary psychological colours red, blue, yellow, and green
. This is because their meanings are almost universally understood and their representation can be perceived more easily by players. – (Enggar et al. 2020) Colour and shape are carefully considered in the process of UI design as a way of communicating a certain feeling or atmosphere with a user.

Personalisation and choice through the UIs inputs

Personalisation allows for users to feel much more comfortable with their UI as adjustments can be made by a user to make the UI work much better on their device or more suited for their needs, it can also give users a positive feeling if they think they have a lot of control. When UI is designed with personalisation, in mind it allows for developers to create much simpler designs with more add on features, so that the user can add and take away from the design as they wish. It also means that the design can be made more easily adaptive and the designer will not need to make drastic changes to fit different screen sizes and device types as it will all be handled by a user.

UI designs can either be intelligently adaptive designs, meaning users have much more control over how the UI will look and behave and allows for more personalisation, it also means that the UI will auto adapt to different screen sizes and machine types itself meaning designers only have to create a broad outline for how it must look. Tailor-made interfaces are another design type, these allow for designers to place objects in very specific locations on a screen or HUD, however this type of design means the designer must have a great understanding of who their users are, and what the display settings will be for the final product. This design type also means that if it is to be used on multiple different display types it must be re-created multiple times over and fixed to fit with each design type. – (Miraz et al. 2021) Personalisation through input methods and design allow developers to create something which a user has significantly more control over and designs can be made to suit multiple devices in a much simpler manner.

A modern UI should be created with accessibility functions in mind and make its use feel natural to a user. Modern UI can be created with sensors, camera tracking and virtual reality devices in mind and the purpose of a UI is to allow users to perform tasks in a virtual space. A successful UI should make the action feel as natural to a user as possible through movement, speech control and facial recognition. The UI must take advantage of users situational awareness and allow them to use real-world knowledge to interact with the virtual world. The goal of a UI designer is to make a UI that can be understood very easily and allow as many users as possible to have good situational awareness in the context of the game. – (Onal et al.2014) UI should feel as natural to players as possible through the use of human-machine interactions which are based on real-world actions rather than needing a new skill set based solely on a particular UI design.

The purpose of UI is to allow a user to complete a task and it should be a priority of a UI designer to create a UI with usability and functionality in mind to make each task easier for a user. A user’s perception of a UI is directly linked to how functional it is, it should be easy for users to find information and the UI should not have a steep learning curve. It should allow new users to pick up on what is being made available to them through the use of the design and use as much common knowledge as a basis for how users will interpret features. A developer can make a UI design more functional by adding elements of personalisation and using proper layouts, mixed with colour and shaped designs to make the UI feel better for users to interact with. A player’s perception of the information available to them is mostly influenced by the usefulness and design characteristics of the user interface. UIs tools and functions are directly linked to a user’s perception of what information is available to them and how they are to access or assess said information. – (Onal et al.,2014) The UI’s usability and functionality should allow for ease of use by as many types of users as possible and a designer should attempt to keep the learning curve as low as possible for new users.

Gameplay can be affected by the use of UI and so UI must be placed carefully around a gameworld to give the player as much immersion as possible to enhance the gameplay. If the UI of a game contains too much information players are forced to slow down gameplay and it stalls entertainment whereas if there is too little information given on the UI players become frustrated having to again, slow down gameplay to find something they may need, UI should make tasks in-game as quick and seamless as possible to keep the player immersed in the game world. The UI can also manipulate player behaviour as UI objects can be placed into the game world to make players either want to run towards them or away from them. UI objects can allow developers to control player actions and play the game in a way the developer intended. The games UI is used to give the players optional challenges like collecting and breaking game objects on the map adding to the feeling of player satisfaction. The developers have said that the bomba game is an improvement to the original Bomberman due to its 3d UI graphics – (Zulfa et al., 2020) Player actions can be manipulated by developers through clever use of game object UI and the games UI should be used to create a much more immersive feeling for players.

Carefully crafted UI allows for simplified HCI and must strictly focus on user experience. There are many aspects of UI design that must be carefully considered by a designer ranging from the visuals, the colour and shapes used to create the HUD and game objects to the actions taken by a user to carry out tasks. Modern technology has allowed for great strides in the development of UI meaning designers must adapt to new technologies and create adaptive designs which are compatible with multiple types of devices and screen sizes. Modern UI should attempt to take advantage of these new technologies to create more emotive, natural feeling HCIs to eliminate the need to learn new skills to have the most basic access to the software. These more personal interactions have also been shown to leave users feeling much more satisfied than a traditional mouse and keyboard or gamepad input method, as well as leaving a much lower learning curve again adding to a design’s usability. Truly there are many considerations to be taken to create a UI that fits the needs of all people without it being over-encumbered with unnecessary padding and additional features for the sake of more features. UI designers must take their own real-world knowledge, understanding of the human mind and body and feedback from user testing to create UI systems that can be utilized sufficiently. 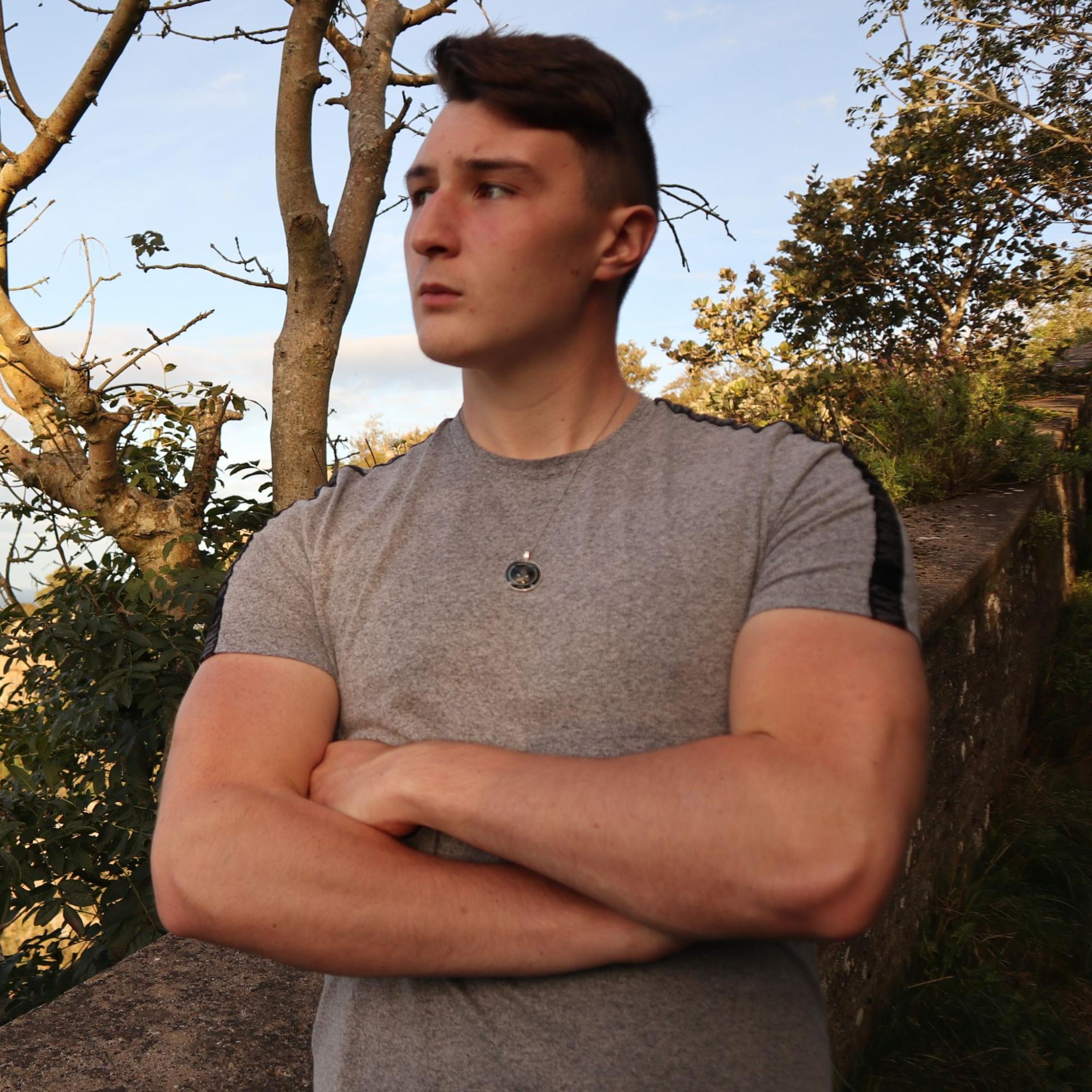 Conor Burke is an amateur photographer who shares his work on his Instagram @burkaphotography, his work has been shared by the Porkmarnock hotel and on the Phoenix Park Instagram page. He studies Creative Digital Media in the hopes of expanding the Burka Photography brand to all things digital media related. After completing the Trinity Walton Club Program he has become quite well versed in both the S.T.E.M. fields and in creative mediums.

Game Design & Development 2021 by Conor Burke is licensed under a Creative Commons Attribution-NonCommercial-ShareAlike 4.0 International License, except where otherwise noted.