Loot boxes are a system used in games that players can access with real-world money and can have a chance to receive a valuable item in the video game. There are many types of loot boxes but they all have a similar goal which is to have the player spend their money. One type of loot box system is where players can sell or trade their rewards. Games like CS: GO have this option and are integrated in Steam’s marketplace which is a popular website to purchase video games from. When these players spend their money, they are unaware of what they expect to receive as a reward. This has led to many comparisons to gambling as their features can be seen as similar. In this case, problem gambling is one of these features which will be addressed.

Problem gambling is a term frequently in relation to loot boxes and is used to describe the potential effects of these loot boxes such as overspending on loot boxes. Problem gambling can occur when the player is addicted to buying loot boxes and spends more money than they wish. A lot of games have these loot boxes which can, in turn, increase the potential causes of problem gambling (King and Delfabbro, 2018). Most games encourage the purchases of loot boxes. For example, CS: GO rewards players with loot boxes however they need to purchase a key with money to unlock it. This could be a physiological tactic as players might want to spend money in order to feel rewarded for their time and skills put into the game (Zendle and Cairns, 2020). The controversy around loot boxes has caused people to question their similarities to gambling.

Gambling experts state that a link between loot boxes and gambling can be seen by their similar features they offer such as some games only allow the player to buy the in-game currency in the game in order to open loot boxes. This is similar to how casino chips are used to play their games. Concerns of gambling made people fear that these players will end up having a problem with overspending on loot boxes. “An important element in video games, loot box purchasing may be related to problem video gaming, as some items obtained from loot boxes may increase players’ experience and competitiveness, which may, in turn, intensify their involvement in video gaming.” (Li, Mills and Nower, 2019). Problem gambling still has yet to be identified as a cause from loot boxes. These companies sell these loot boxes to these players, some loot boxes potentially more harmful than others. Until there is definite proof, these gaming companies will continue to take advantage of the system and loot boxes will not be changed as they continue to make these companies a lot of money.

The controversy of Loot Boxes

Loot boxes have made their way into the public eyes after the shared resentment from players towards them. For example, Star Wars Battlefront 2 ignited this resentment when EA released their game full of loot boxes which made the game pay to win (McCaffrey, 2019). Pay to win is a system in games where players spend money to unlock items that affect the gameplay. People also expressed their frustrations online with others which lead to people speaking up about this issue. One of the main reasons why people buy loot boxes is because loot boxes provide the option to save time in the video game for the player in exchange for real-world money. Many think that this is unfair as it encourages them to spend more money on the game rather than spending time to achieve the reward. Players even upload videos of them opening loot boxes for entertainment which entices the viewers to try their luck as well (McCaffrey, 2019). People have also started to realize what these companies are doing with loot boxes, e.g. they see this activity as illegal or exploitative. Legislators have also been trying to crack down on this recently as loot boxes are seen to cause problem gambling, which is seen as the biggest issue for loot boxes. What is currently being done about loot boxes needs to be addressed as more concerns are rising. For example,
people fear that these players will end up having a problem with overspending on loot boxes (Zendle and Cairns, 2019). In order to solve this problem, solutions for these issues should be considered and should offer these video game companies another chance to improve their relationships with their consumers.

What is currently being done

Loot boxes have now become an issue after it’s controversy and potential problems. Countries have started trying to regulate loot boxes. However, regulating loot boxes is not an easy job. It is difficult to regulate loot boxes. For example, The U.S. states have their own gambling definitions and at the moment, compulsive behaviour found in gambling has not been validated for the case of loot boxes  (McCaffrey, 2019). However, some companies have started to regulate themselves such as Turn 10 and some countries such as Belgium and the Netherlands have banned loot boxes.

Loot boxes are slowly being regulated. However, it is a very difficult process to try to regulate this mechanic due to different laws against gambling etc. Progress is being seen but right now it is more efficient if companies self-regulate themselves.

Solutions to the problem

Solutions to loot boxes are now being offered as a way to improve loot boxes and solve their issues. Some are more realistic than others while some offer creative solutions to try to solve the problem. Consumers have become less trustworthy of these companies due to loot boxes. These companies should become more transparent with their system and they can solve this by revealing the odds. Some suggest adding a spending limit which sounds great but restricts players. However, this would be great for parents who would want to supervise their children’s gaming activity (Xiao and Henderson, 2021). Another great solution would be having the government reward game companies for compiling with benefits such as funding and tax reliefs. This would motivate companies to adopt a more ethical approach to their games.

There are countless ways that loot boxes can be dealt with. The main thing companies should be trying to do is become more transparent with their consumers and gain their trust back. If not, there will always be a division between these game companies and consumers.

Link between loot boxes and gambling

One of the main issues researchers are trying to investigate is the link between loot boxes and problem gambling. On the surface, loot boxes seem to be very similar to gambling mechanics as they have the players introduced to a system where they are encouraged to spend their money to receive rewards and a bigger pay-out. Researchers are trying to find a definite answer to this problem. Finding a clear answer has been difficult and most of the findings suggests that further research should be done. For example, a survey (Kristiansen and Severin, 2020) was conducted to find a link between loot box engagement among young adolescents and to examine the different types of engagement that can be linked to problem gambling. They had a sample of 1137 participants who were aged 12-16 years of age. The results suggest there is a link between loot boxes and problem gambling but they are unclear as to what it is. There is not enough evidence to prove that loot boxes have a link with problem gambling. Until then, nothing can be done about this issue until there are regulations with this issue.

Loot boxes have become a popular mechanic seen in the majority of top-selling games. Their use is controversial and may be a cause of problem gambling. However, loot boxes are yet to be identified as a cause to problem gambling.. The surveys conducted on this topic have found little to no evidence that there is a link between loot boxes and problem gambling. The issues of loot boxes, it has caused consumers to become less trustworthy of these companies. In order to solve this problem, game companies should be fully transparent with their use of loot boxes in their games. If not, there will always be a division between these game companies and consumers. Loot boxes are slowly being regulated as well. However, it is a very difficult process to try to regulate this mechanic due to different laws against gambling etc. Progress is being seen but right now it is more efficient if companies self-regulate themselves. A realistic solution to regulating loot boxes would include having the government reward game companies for complying with benefits such as funding and tax reliefs. This would motivate companies to adopt a more ethical approach to their games and improve transparency with their consumers. Until there are regulations put in place, whether it’s self-regulated or not, these companies will continue to take advantage of the system and loot boxes will not be changed as they continue to make these companies a lot of money.

Xiao, L.Y. and Henderson, L.L. (2021) ‘Towards an Ethical Game Design Solution to Loot Boxes: A Commentary on King and Delfabbro’. International Journal of Mental Health and Addiction, Vol. 19 (1) 177. 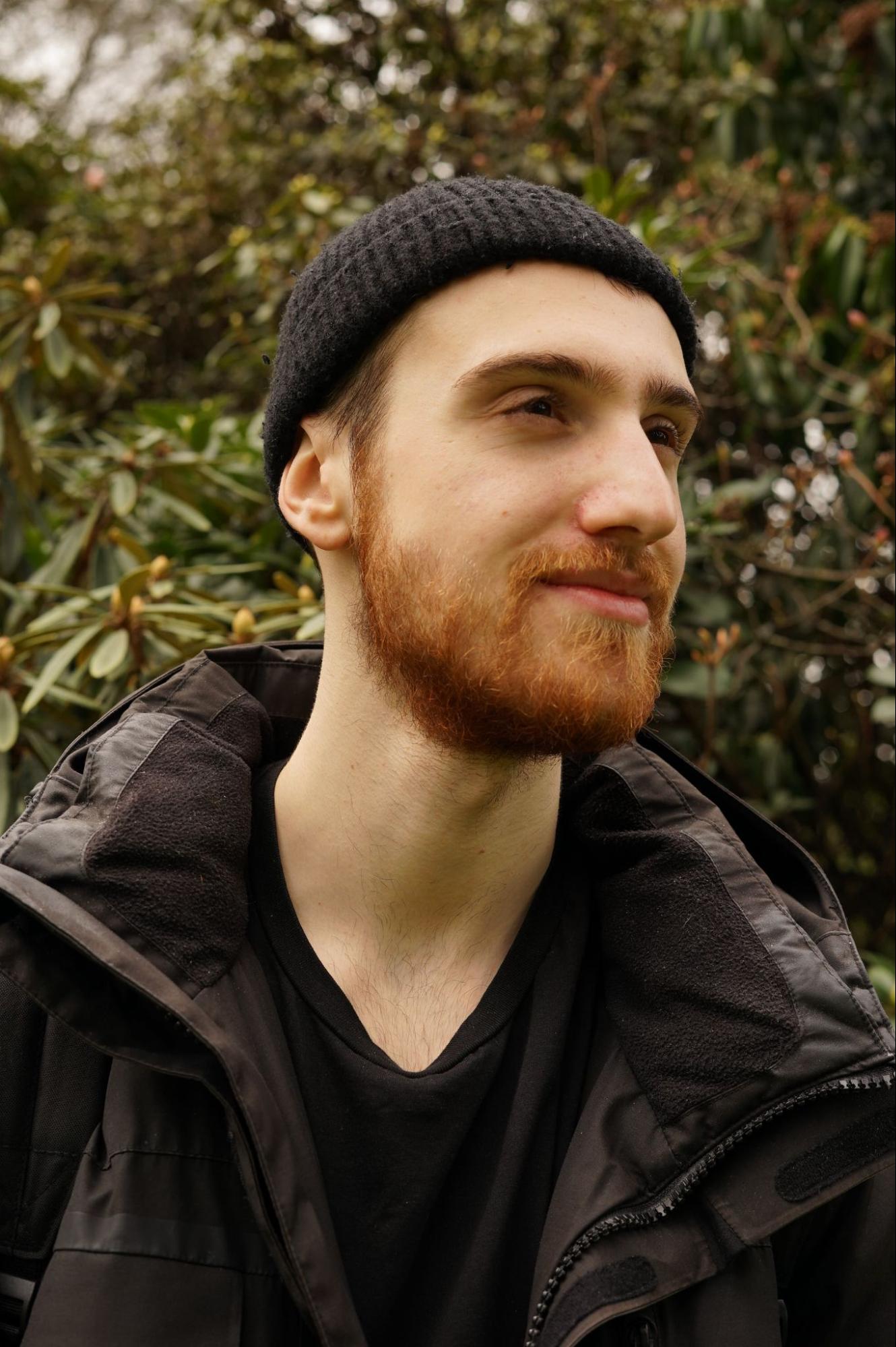 Edward Vrancianu is a second-year student who is currently in TUDublin and is studying Creative Digital Media. Edward decided to join this course to further his knowledge in design and acquire new skills such as game development. During his time here, he has been given the opportunity to test out a variety of creative mediums and see which he enjoys doing the most. In his second year, Edward has learnt about game development which is great as he does enjoy playing games in his spare time. Recently, he has been enjoying the level design aspect of creating games which allows Edward to use his creative and design skills to create a visually appealing and user-centred design.

Game Design & Development 2021 by Edward Vrancianu is licensed under a Creative Commons Attribution-NonCommercial-ShareAlike 4.0 International License, except where otherwise noted.