When someone sits down to play a video game, they are not just fighting bad guys or shooting footballs into the back of a net. They are actually doing a lot more than that. They are transformed into a virtual game world and are giving a goal to set out and achieve. The game world in which they are in, whether it be Pac-Man or Super Mario World, is created with a purpose for the players who play it. When looking at what the purpose of these game worlds is, the truth is that there is no definitive answer. A game world can have a lot of different purposes depending on the style and genre of the game itself. This purpose could range from anything and is vital for keeping the player engaged and interested. Creating this purpose within these game worlds can be challenging as a lot of different game design elements have to be taken into consideration. This purpose is what immerses the player into the game world and creates that connection between the player and the world.

What is the purpose of a game world?

When playing a video game, there are a lot of different elements that can make us enjoy these games. With most games, the main source of amusement comes from the actual gameplay itself. Games like Call of Duty and Grand Theft Auto have some of the best gameplay mechanics, with shooting mechanics, player movement and wanted levels all making the player feel immersed, but these core mechanics do not work without the actual game world itself. These Game Worlds are created with a purpose for the people who play them. Firstly, they are created to give the player entertainment, as without the game world, the player would have nowhere to explore or no environment or people to interact with. (Ernst, 2013), talks about the importance of an immersive game world for first time users. “When players become highly skilled at a game such as Counter-Strike, they no longer think that they’re pretending to be soldiers or terrorists; they think only about hiding, moving, shooting, ambushing, obtaining ammunition, and so on. However, this kind of abstract play, ignoring a game’s world, usually occurs only among experienced players. To someone who’s playing a game for the first time, the world is vital to creating and sustaining her interest.”. Another obvious purpose of a Game World is to sell the game to people. It is important that the game world is worthy and attractive enough for the consumers. The next section will look at how this is achieved and how these immersive game worlds are created.

How are they made?

When creating a Game World, it is important to have a basic understanding of Game Design. If somebody just tries to create a virtual game world with no experience or knowledge, they are going to run into a lot of problems. There is a whole design process when creating a game world, from coming up with the idea, to the final development stages, everything is included and is important when it comes to creating these worlds. The graphics and sound quality have to be crisp and make the player feel immersed in the world. The story has to be exciting and have contrast. The gameplay must be enticing and addictive. These are just some examples of the game elements that are involved. There are a lot more elements that are considered. (Meigs, 2003), talks about the basic fundamentals needed to succeed when making a game world. “In order to succeed, game developers need to be able to build up the fun and addictive play into their games quicker and more surely than ever before”. It is so important that all of these game elements and more are taken into consideration and that there is a basic understanding of game design when creating the game world. The developer needs to understand what is needed in order to create a world that is fun and everlasting.

Why do we play?

When people play video games, they play them for a number of reasons. Maybe it’s a game they grew up playing as a kid, or maybe a friend recommended. There are a lot of elements that make someone play a game, but one of the main elements is the game world. The consumer plays the game for the reality that it offers, whether that be a cowboy in the wild west or a soldier in Vietnam, they play because the game has an attractive game world and setting. Combining these game worlds with good gameplay mechanics and finding the right balance between the two is important for succeeding and creating a game that will attract players and keep them entertained. (Pengtao et al, 2018), talk about the results of a study they conducted, which links game enjoyment and game elements “The results of this study confirm the impact of enjoyment on players’ intention to play online games and the significant links between enjoyment and four-game elements: online game story, graphics, length, and control”. From this study, it is clear that not only is the game world important for making the player feel immersed and entertained, but the core gameplay mechanics are also so important for bringing the player enjoyment. It is important that there is the right balance between the two as the game world does not work without the gameplay mechanics alongside it, and vice versa.

Emotion in the Game World

When people play certain video games, they can become attached to that game and the world that lives inside it. These game worlds are created to give the player a sense of immersion, making them feel like this virtual game world is real and that the decisions being made matter. It is important that when creating a game world, there is life and environment within this game world. The user wants to feel a sense of existence, that there is living life within the world and that their decisions have consequences. Game Worlds might be a simulated virtual reality, but in order to make players feel attached to them, they must be seen as real, living realities. (Mortensen, 2018), talks about the Worldness concept and how we need to start seeing virtual worlds as part of reality. “The worldness concept includes and expands on the meditated nature of game worlds, underlining their presence not as virtual ideas but as part of reality”. These virtual game worlds are a reality in themselves and that alone gives them a purpose. A lot of elements within these worlds might be virtual, but they exist and have a purpose to the people who play them.

When creating a Game World, there are a lot of different factors involved. The developer is faced with a lot of different challenges and motives when creating a game world. The first thing they must do is come up with an idea or concept that is appealing enough to a wider audience. They must also consider budgets and expectations as well as their own skill limit. Many developers will have these vast expansive world ideas, but will not have the team or budget to complete them. It is important that developers take in all different perspectives when creating a game world and not just their own. They are creating a world for the consumer so they have to meet their expectations. These developers must create a world that engages with it’s players, making them feel immersed and part of that reality. (Tscahng et al. 2003), talks about how it is important for developers to constantly adapt to what their fanbase wants. “Communities all have different interests, as represented by a broad spectrum of types of play and work possible. These can mingle in a virtual world in conflicting ways. Developers have to reconcile these variant communities and keep open the possibilities for creative interpretations of play”. It is important that when these game developers go to create these virtual worlds, that they are prepared. They might have ideas and concepts with great potential, but there are a lot of challenges and problems that they can easily run into if they are not prepared and it is important that every little detail is taken into consideration.

It is clear that there is no definitive purpose of a game world and that the purpose is created through the game elements themselves. If a game is story-driven, then the purpose of the world should be to immerse the player within this world and make it feel like a reality. Just like if the game is an online-based game, then the purpose of this world should be to create an environment that allows players to interact with one another. The purpose of these game worlds is made through the way in which they are designed. Designing the game world comes with its challenges and all of the game elements are taken into consideration.
Although the core gameplay mechanics are arguably the most important part of a game, an immersive game world is needed in order for these gameplay mechanics and everything else to work. 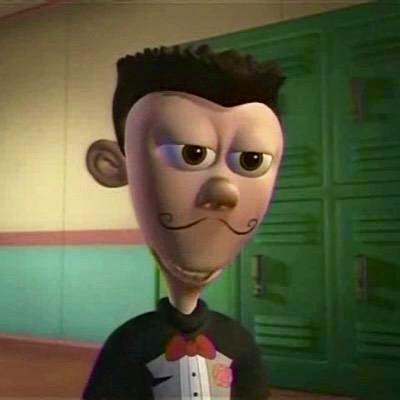 Kain Bradley is a second-year student studying creative digital media at Technological University of Dublin, Blanchardstown. He is currently in his second year of the four-year course. He is interested in having a career in game development or web development. His hobbies or interests include playing games, listening to music, and drawing.

Game Design & Development 2021 by Kain Bradley is licensed under a Creative Commons Attribution-NonCommercial-ShareAlike 4.0 International License, except where otherwise noted.