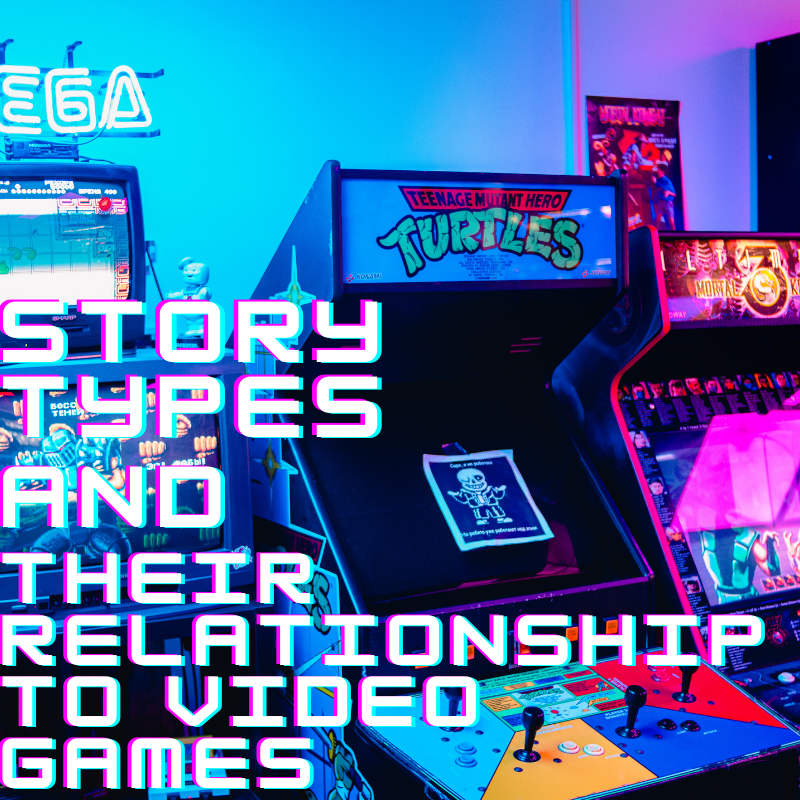 Story types refer to the type of narrative of the story, the themes, and genres. This is important information in understanding the relationship between a video game and the story types. The relationship between the two is problematic and full of contradictions. One such contradiction is narrative in video games as it is delivered mainly through cut-scenes which raises a large amount of the issues in the relationship. It means that for the most part narrative is passive in video games. This contradiction of passive and playable is where the main issues of the relationship stem from. The narrative is a major issue as there is no one way of defining it. This is only true in the world of video games as there are too many factors in control by multiple parties. There is also the issue of how the game’s narrative affects a player as this relationship is exclusive to each player and their own personal play styles. This results in the question of how many story types or narratives are present in one video game and how do the different relationships and elements affect them.

Contrast between story and game elements

Games and stories are very different things but can be brought together to make a unique experience. Interactivity and narrative is often thought of as a paradox and at the centre of this paradox is the cut-scene. This is examined by Paul Cheng in his academic paper called “Waiting for Something to Happen: Narratives, Interactivity and Agency and the Video Game Cut-scene”  (2007).“Cut scenes themselves are one of the main focal points of problems surrounding narrative in video games as well as being a problem of interactivity in video games. Cut-scenes by their very nature in video games are passive while everything else in the game is active and as such the narrative or story is a passive one. Since cut-scenes often follow cinematic codes of representation, current theory often renders the cut-scene as passive and non-interactive, as opposed to the interactive nature of the gameplay.” (Cheng, 2007). In conclusion, although cut-scenes are an integral part of the narrative they often counteract the general interactive nature of video games, and therefore the narrative types of video games of this nature are passive. Later in the relationship between narrative and video games, interactive cut-scenes will be discussed.

Narrative in video games has no one definition and as such creates a complicated relationship between narrative and video games. This is examined in more detail in Hartmut Koenitz’s academic paper from 2018 called Narrative in Videos Games. The standard narrative arc is common in other forms of media as it relies on the author of the story having full control of the actions of the characters and small details while in video games however that control cannot be fully given to any one person. This is because the interactor or player has control of the character’s actions. “Today, no generally accepted definition of video game narrative exists” Koenitz (2018). In conclusion, the narrative phenomena of video games as it is referred to rely heavily on each individual’s personal definition of narrative.

Narratives relationship with the player

The relationship between narrative and video games

The relationship of video games and narratives is problematic at best the major example of this which we have previously discussed is cut-scenes as cut-scenes in video games make the game neither purely narrative nor purely interactive. Though many games have passive cut-scenes there are some with interactive cut-scenes which alter the nature of narrative in the video game.  This is explored in more detail in Paul Cheng’s academic paper called “Waiting for Something to Happen: Narratives, Interactivity and Agency and the Video Game Cut-scene”  (2007) and in Craig A. Lindley’s paper Story and Narrative Structures in Computer Games (2005). Cut-scenes expand the narrative of the game. The inclusion of cut-scenes makes the game neither purely narrative and purely interactive as it has moments of both. Resident Evil 4 (2005) uses cutscenes in a way that makes them interactive for the player, therefore, making the story elements of the game interactive instead of passive. Though the problematic relationship between narrative and video games is often seen as the problem it is suggested that the real issue is that of the fundamental differences that go unacknowledged between all members of the community. “Juul further highlights this problem by noting that the problem with the cut-scene is also a problem of “interactivity:” where the narrative elements of the cut[1]scene contrast directly with the more interactive gameplay elements that are chiefly used to characterize the ergodic and ludic in video games” (Cheng, 2007).“While this problematic relationship has been interpreted as a fundamental formal problem the diversity of views involved suggests that the problem is really a matter of fundamental but unacknowledged differences in the kind of experiences that different players are seeking.” (Lindley, 2005). In conclusion, the relationship between narrative and video games is a problematic and complicated one which may mainly stem from the diversity of the gaming community.

Cheng, P. Situated Play, Proceedings of DiGRA 2007 Conference Waiting for Something to Happen: Narratives, Interactivity and Agency and the Video Game Cut-scene. 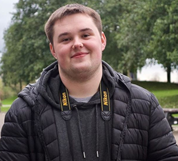 John Garry is a 21-year-old Creative Digital Media student in his second year in TU Dublin Blanchardstown campus. John lives near the Rathcairn villages in County Meath and grew up listening to traditional Irish music. John’s passions are storytelling, digital audio, and reading
.

Game Design & Development 2021 by John Garry is licensed under a Creative Commons Attribution-NonCommercial-ShareAlike 4.0 International License, except where otherwise noted.