Canada’s immigration policy can create and/or exacerbate gender inequalities (Alaggia et al., 2009; Chaze & Medhekar 2017; Maher & Segrave, 2018). According to Maher & Segrave (2018), Canada’s immigration policy is recognized “for creating critical barriers for immigrant and  women because it ensures or creates dependency on family structures for economic security in a range of ways” (p. 505). Chaze & Medhekar (2017) describe how women often immigrate to Canada under the Family Class or as spouse or dependents under the Economic Class (2017) and may so have few job prospects, increasing their likelihood of being dependent on their spouses or spouse’s family for support. 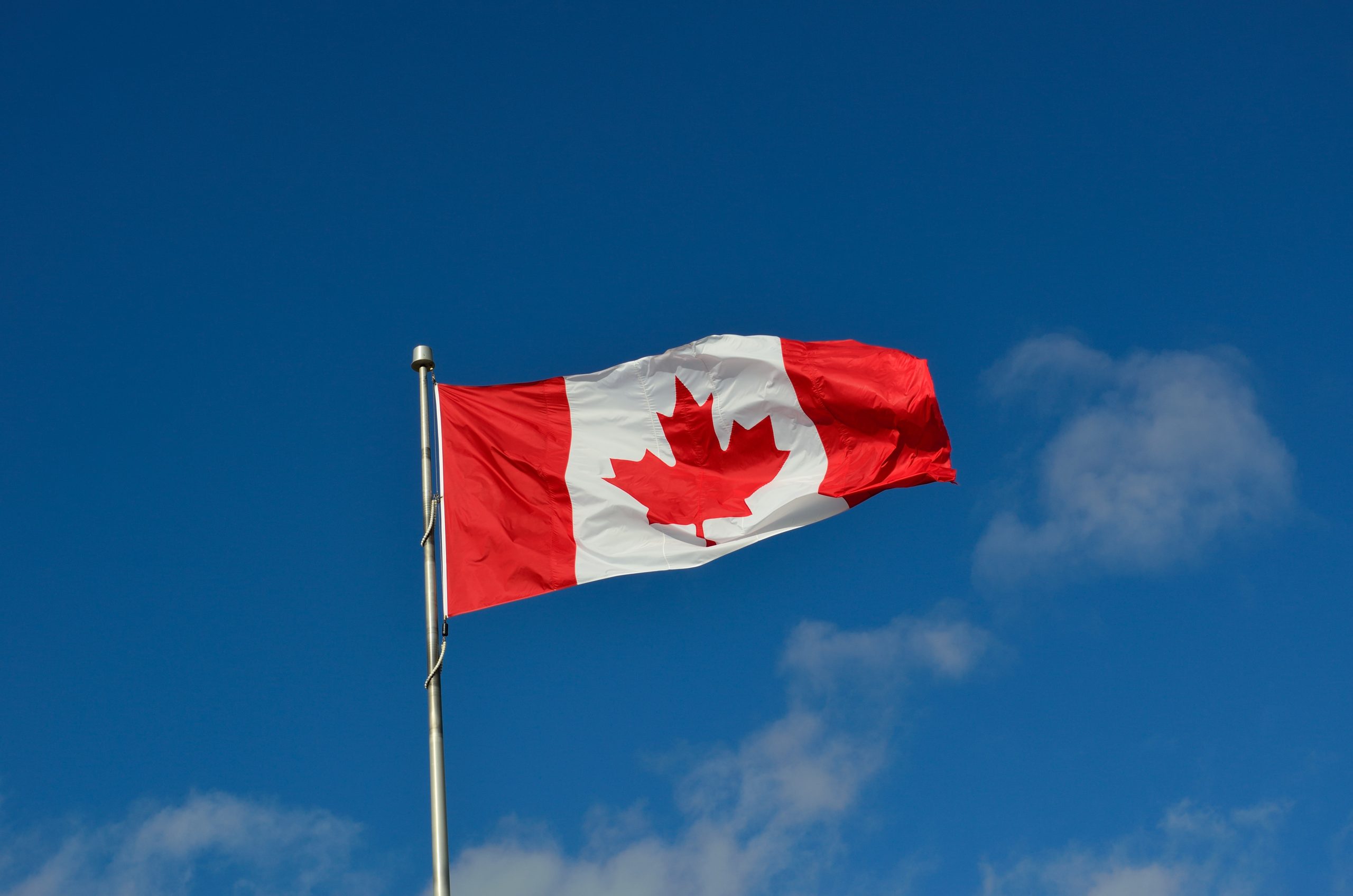 In addition, research has found that some immigrant women can have little knowledge or may be misinformed about their residency status and about the immigration process (Alaggia et al., 2009, p. 5). Partners/abusers often do not tell their wives their immigration status, or they will hide their passports and important documents. They may not inform the woman of important correspondence from the immigration authorities as a way of maintaining control (Hague et al., 2010, p. 30). An abusive partner can distort the truth about the immigration process and threaten his partner with deportation if she reports the abuse (Reina et al., 2014; Tam et al., 2015; West Coast LEAF 2012). If a woman believes that deportation is possible, she may choose not to report the abuse (Tam et al., 2015; Vidales, 2010). The effort to migrate is immense and prospects in the home country may be worse than present conditions in Canada; the lack of information pertaining to her status fuels a fear of deportation and makes her vulnerable to abusive relationships (Alaggia et al., 2009). Further, for women experiencing language barriers, it becomes more difficult to understand the immigration process as well as explaining her situation to people/law officials. Additionally, immigrant women may also be reluctant to disclose abuse to formal authorities as there is a reluctance to involve them (Alaggia et al., 2009).

Immigrant families to Canada often face economic challenges as they can find it difficult to find suitable and sustainable employment due to many factors such as lack of credential recognition, employer expectations of Canadian work experience, and language/accent barriers (Chaze, 2017). As a consequence of these barriers, immigrant families often suffer a decline in socioeconomic status (Chaze, 2017; Matsuoka et al., 2012). This creates a stressful environment for immigrant families. Racialized immigrants are even more likely to experience declines in socioeconomic status and it may take them longer to recover their economic standing in subsequent generations (Basavarajappa & Jones, 1999; Kazemipur & Halli, 2000; Okeke-Ihejirika & Salami, 2018).  Working multiple low-paying jobs and/or taking on debt to pay bills can result in frustration, fatigue and rising tensions; all which may contribute to making immigrant families vulnerable to conflict, affecting women in their marital relationships (Okeke-Ihejirika & Salami, 2018). 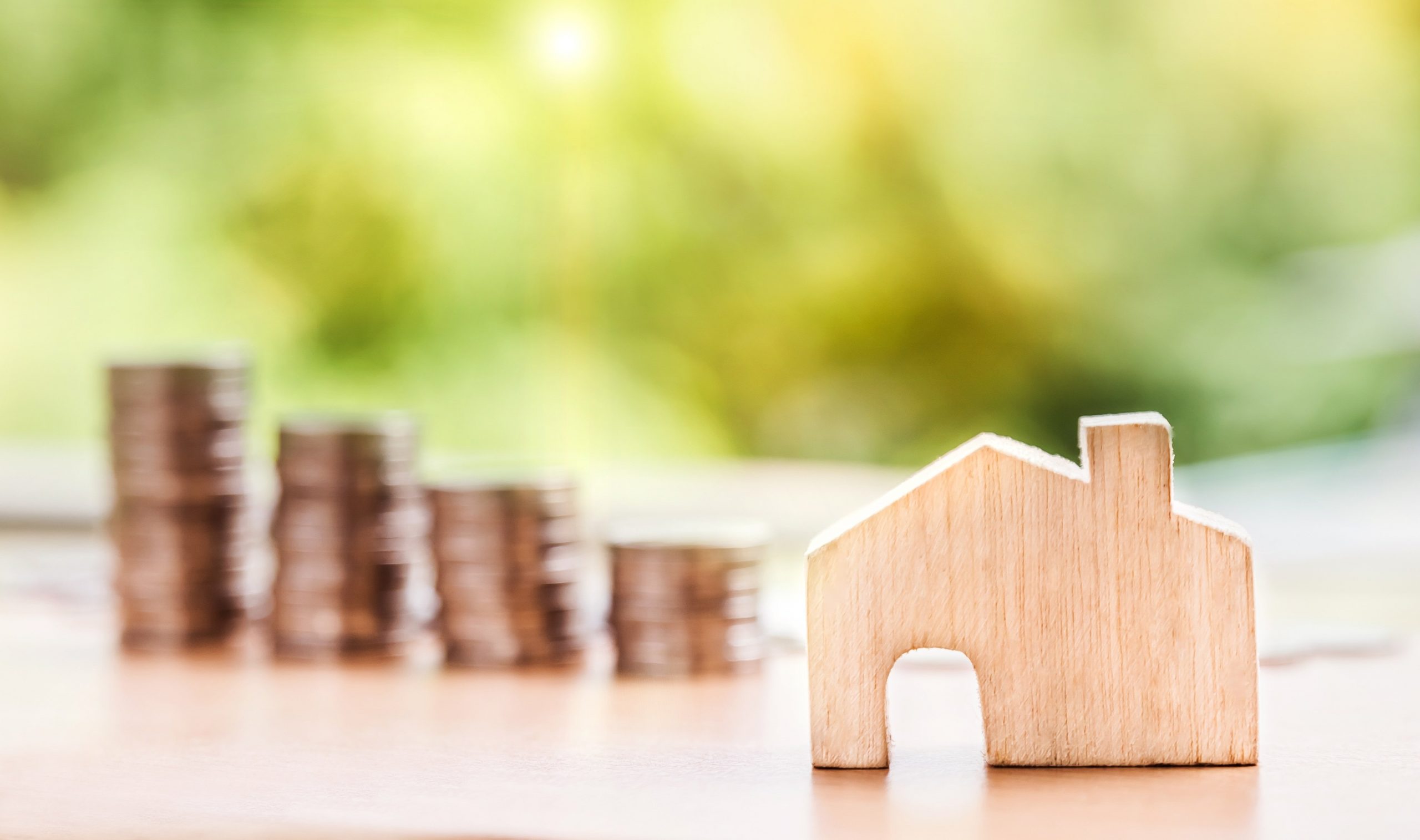 Despite being in a difficult position economically, many immigrants send financial support to family back in their home countries. Decisions around such remittances can be a constant source of contention and conflict for many immigrant couples (Okeke-Ihejirika & Salami, 2018).

Immigration can negatively impact a woman’s ability to be financially independent. Immigrant women may have been traditionally financially dependent on their husbands or families in their home countries. Women who might have been employed in the country of origin may have to give up work to look after children after migration. When women do work, the money they make can be taken away from them by their spouse (Alaggia et al., 2009). Money can provide freedom as it allows women to purchase items for themselves, get aid, and ultimately support themselves. However, when there is financial abuse, it takes away their autonomy forcing women to stay dependent on their spouses and to continue to live in abusive relationships.

Age can exacerbate the financial challenges experienced by immigrant women. In a study by Souto et al., (2019), older immigrant women experienced difficulty finding jobs due to language barriers, lack of Canadian experience, ageism, racism, and sexism. Older immigrants are often not eligible for Old Age Security (OAS) or Guaranteed Income Supplement (GIS) due to the 10-year residency requirement. They can be at the mercy of their families as their immigration sponsors; potentially being taken advantage of and enduring long hours of tending to children and domestic chores without compensation (George & George, 2013). Lack of financial self-sufficiency makes immigrant women more vulnerable to domestic violence (Matsuoka et al., 2012), and makes it harder for them to leave abusive relationships as they have no one to turn to for support. The abusive spouse may be their sole provider who provides minimal support.

Gender roles vary dramatically across the world; there are expansive differences in how families make decisions, and how men and women divide labour and responsibilities within a family. An area where men have more control than women is around decisions regarding migration. The literature suggests that men are generally considered the principal actors in migration and have more agency in deciding when and where to emigrate. This quickly puts a woman in a position of lesser power, given her choice to immigrate may not have been her own to begin with (Okeke-Ihejirika & Salami, 2018).

There are many cultural beliefs and practises at play that affect the violence that racialized immigrant women face. Patriarchy, a universal ideology that “refers to a set of ideas and beliefs that justify male domination over women in society” (Ahmed et al., 2004, p. 262), creates gender inequalities in immigrant family relationships. Strong patriarchal values can normalize the subordination of women in relationships, and these values can be used as an excuse for abuse and violence (Ahmed et al., 2015). It has been found that these values can sometimes be so culturally ingrained that some women who agreed with patriarchal norms were less likely to see spousal abuse as a form of violence (Ahmed et al., 2004).

Upon immigration, patriarchy in marriages can become further entrenched, as husbands may have better language skills and better job prospects than their wives, which further exacerbates a woman’s dependence on the husband, and further facilitates their isolation (Souto et al., 2016). Along with a patriarchal structure, some immigrant families may demonstrate strict hierarchy, based on chronological age and gender roles (Chaze & Medhekar, 2017).

“Family honour” and family unity is very important in some cultures, such as the South Asian culture (Ahmad et al., 2009; Alaggia et al., 2009). Keeping the family together is a prized cultural value for some immigrant families (Mehrotra, 1999; Vidales, 2010). Within certain cultures, domestic violence becomes a family issue that families may normalize, tolerate, or even ignore in order to protect themselves from stigma and shame that may occur in the community if the abuse was to be uncovered. As well, there can be a fear of losing status in the community (Baobaid, 2002). The notion of shame and stigma may force a woman to stay in an abusive relationship and may make them more vulnerable to future abuse.

A potential cultural factor concerning immigrant women’s vulnerability to abuse can be . While many ‘overseas’ (where one partner is emigrating from a different country of origin) are happy and successful, there is research that indicates that such marriages may sometimes end in conflict due to parties not disclosing details around past relationships, substance abuse, difficult finances and criminal records (Hague et al., 2010, p. 33). Sometimes these marriages are predicated on an increase in status for one party and, as such, background checks are not thorough or overlooked. Such international can start optimistically, but may end in abuse for the woman and in a distant country with little support from the incoming spouse’s natal family (Hague et al., 2010). 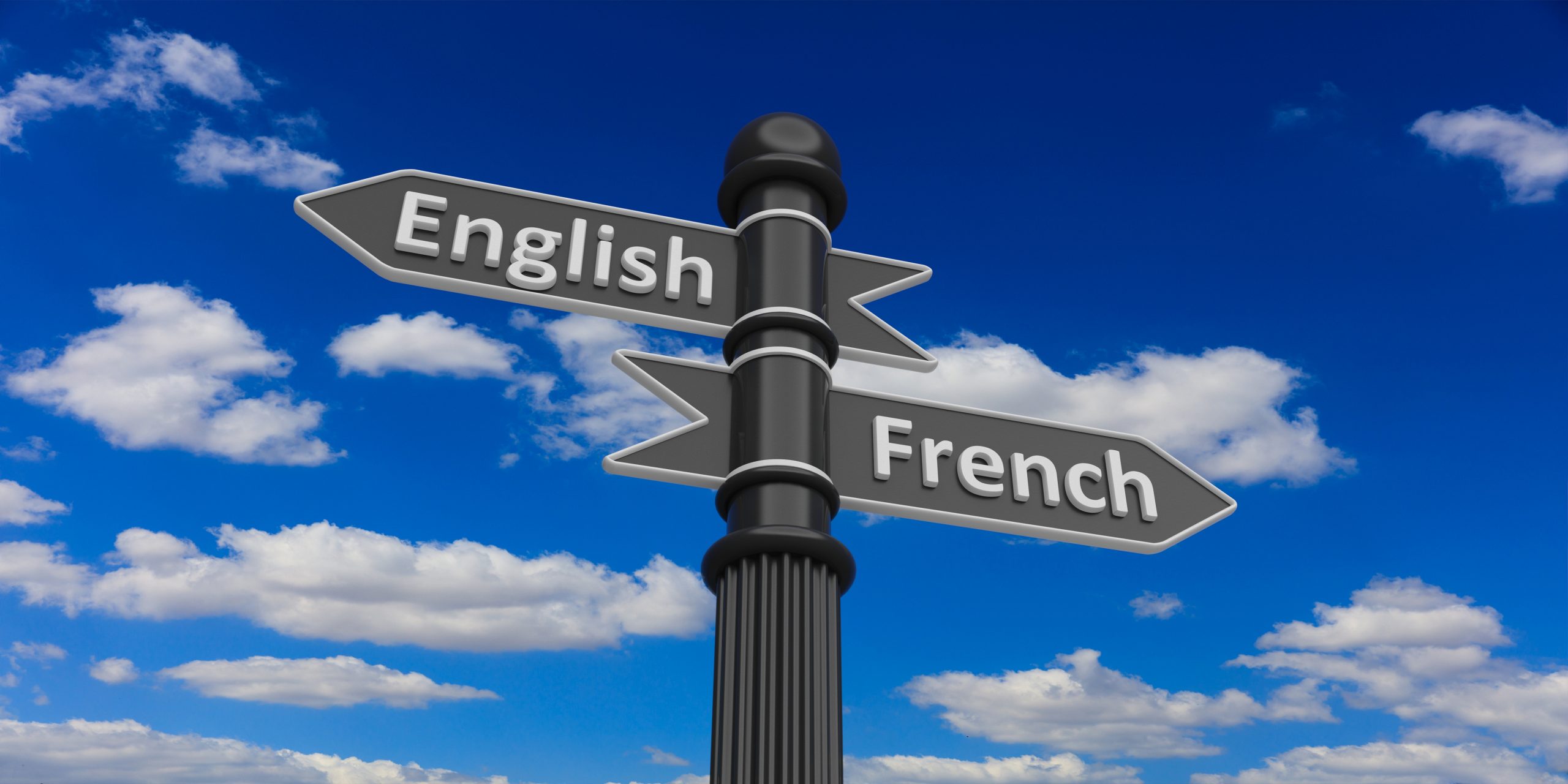 A lack of language proficiency may make it difficult for women to understand their rights related to their immigration status (Chaze & Medhekar, 2017) or understand their rights and resources which can increase women’s vulnerability to abusive situations. The magnitude of their childcare and domestic work responsibilities (Ahmad et al., 2004, p. 263) or paid work in low skill jobs where high levels of language proficiency are not necessary (Souto et al., 2016) may make learning English a low priority. As well, abusers may inform their wives that they do not need to learn English and in fact stop them from learning English (Erez, 2000). This prevents women from finding employment and ultimately having to remain dependent on the abuser financially (Tam et al., 2015). Having limited understanding about their new environments, and limited capability to explain their situation makes immigrant women vulnerable to further abuse.

Isolation, and Lack of Knowledge About Community Resources

Lack of language proficiency may prevent immigrant women from meeting new people and building community, ultimately isolating them within their current relationships and to the home. Isolation further exacerbates abusive situations as they have no supports to turn to. Further, immigrant women have often left their natal family in their home country and are without traditional supports that they might have relied on to intervene in situations of domestic violence (Okeke-Ihejirika & Salami, 2018). In Canada, immigrants can be stripped of these culturally appropriate supports, leaving them to navigate conflict and difficult situations alone. Even when traditional supports (family, friends, communities) are available, forced isolation by their partner can prevent immigrant women from accessing these supports (Tam et al., 2015). 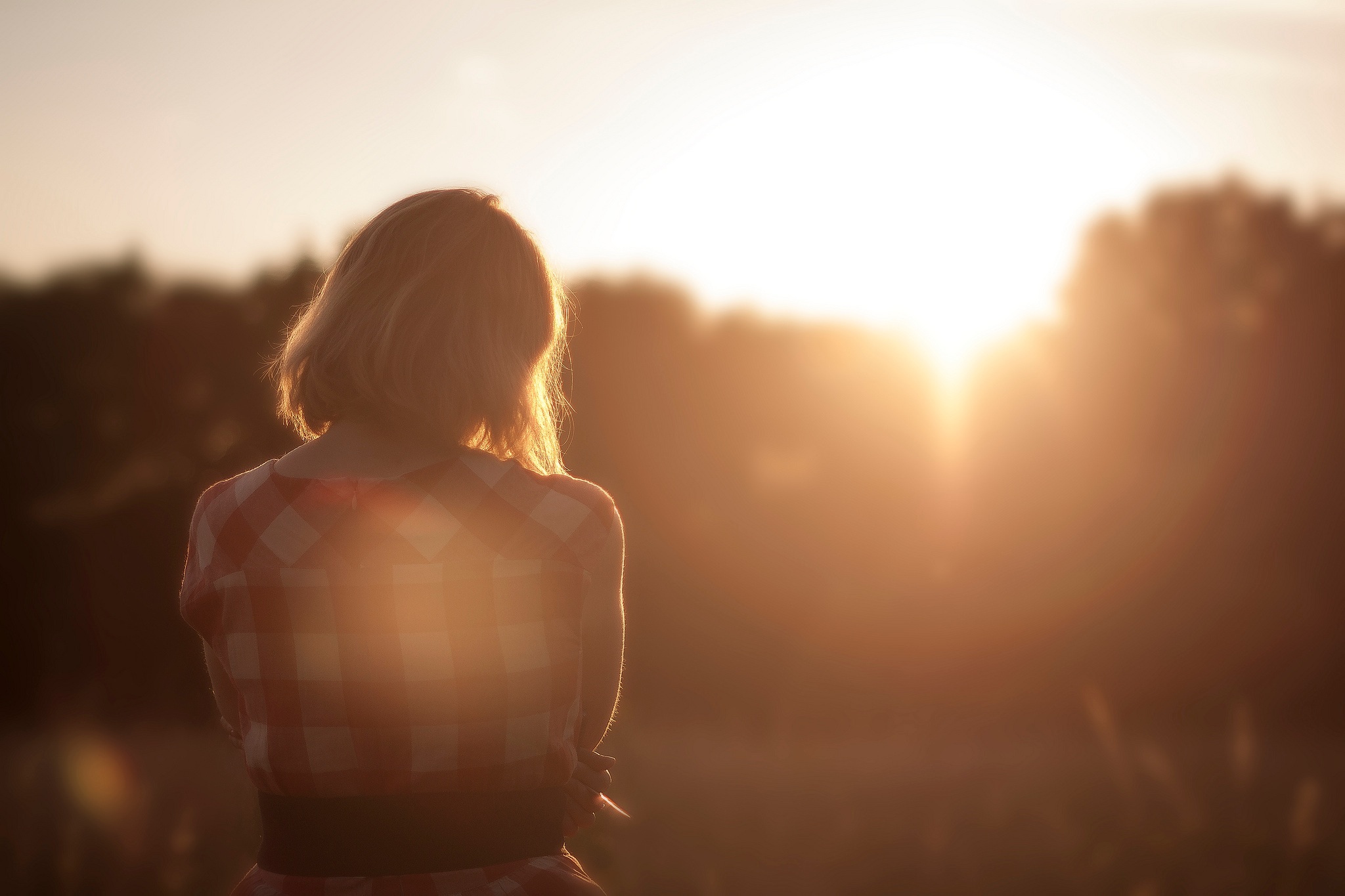 It is difficult to find community resources when one cannot speak the language and lacks community support. Indeed, there is a dearth of culturally and linguistically appropriate services in Canada that are available to respond to immigrant women facing abuse. Not having culturally competent resources, such as translation/interpretation services, creates access issues as well as trust issues with abused immigrant women, leaving them vulnerable (Matsuoka et al., 2012).

Immigrant LGBTQQIP2SAA women have even fewer resources available to them. Research suggests that settlement organizations, designed to facilitate integration and hence prevent isolation, generally operate from a hetero-normative stance and likely do not meet the needs of LGBTQQIP2SAA immigrants (Fournier et al, 2018; Kosnick, 2016; Luibhéid, 2008). Even when immigrant serving organizations are inclusive of LGBTQQIP2SAA communities, if LGBTQQIP2SAA immigrants are not made explicitly aware that settlement services are available for them, they may not be willing to access the services (Giwa, 2018).