Sonali was twenty-seven years old and Ravi was twenty-nine when they were married. At the time of the wedding, Sonali was living in India.  Ravi, a Canadian citizen, lived in a large city in Ontario and had a full-time job in the automotive industry. Along with his job, Ravi also had a motor freight business. The took place in India in October 2013 and it was the first marriage for both. Sonali continued to live in India for two years after their marriage as Ravi delayed applying for the which would allow her to immigrate to Canada. Sonali landed in Canada in October 2015, as a .

Upon Sonali’s arrival to Canada, she lived with Ravi, his parents and his two sisters in a house that was co-owned by Ravi, his father, and the sisters. During this time, Ravi’s family was verbally abusive towards Sonali. In addition, her mother-in-law would inappropriately interfere with the couple, not allowing them privacy. For example, the mother-in-law would often come into their bedroom and insist on sleeping between the couple. On one occasion, she barged into the washroom, without knocking, when the couple was showering together.

Sonali suffered violence from both Ravi as well as her in-laws. Her mother-in-law would physically and verbally abuse her. Once, when Sonali was on the phone with her mother in India, her mother-in-law was listening to the conversation on another line. When Sonali confronted her, her mother-in-law became angry and slapped Sonali. She began to cry and called Ravi at his place of employment and he came home and took her back to his office with him.

After this incident, Sonali would go to Ravi’s office with him every day because she did not want to be alone with her mother-in-law. Eventually, the mother-in-law and sisters-in-law, stopped speaking to her.

One day in winter, when Sonali was in the car with Ravi, he started arguing with her, slamming his hand into the steering wheel, and yelling at her. He told her to get out of his car and dropped her off on the side of the road. She asked a passing couple for help. The couple agreed and dropped her off at a police station. The police took Sonali back to the house as part of their investigation. The officers spoke to the mother-in-law, who stated she had no problem with Sonali living with them, but the officers gave Sonali the option of being taken to a shelter.  Sonali did not want to separate from her husband and decided to go to Ravi’s office. She eventually went back to the house.

Tensions continued to increase and there was another argument between Sonali and her mother-in-law. Sonali had stepped outside of the house for a moment and was locked out by the mother-in-law. Sonali and Ravi left his family’s home after the incident. After obtaining permission from Ravi’s employer, they stayed at Ravi’s office for three nights. They had no change of clothes and ate at a local temple. Eventually, Ravi’s boss took them to his home and allowed them to use his facilities. He advised them to move out on their own to start over.

Later that winter (March 2016), Sonali and Ravi moved into a condominium that he owned, it had been purchased before the couple married but had been rented out as an income-generating

Sonali started working part-time in a large drug store chain as she never received money from Ravi.  Ravi directed her to purchase all the necessary items for the condo (bed, mattress, TV, etc.) from her own account. Sonali had come to Canada with extremely limited money and once that was spent, her mother would sporadically send her money from India. Sonali was also told that she was responsible for groceries and her own cell phone bills. 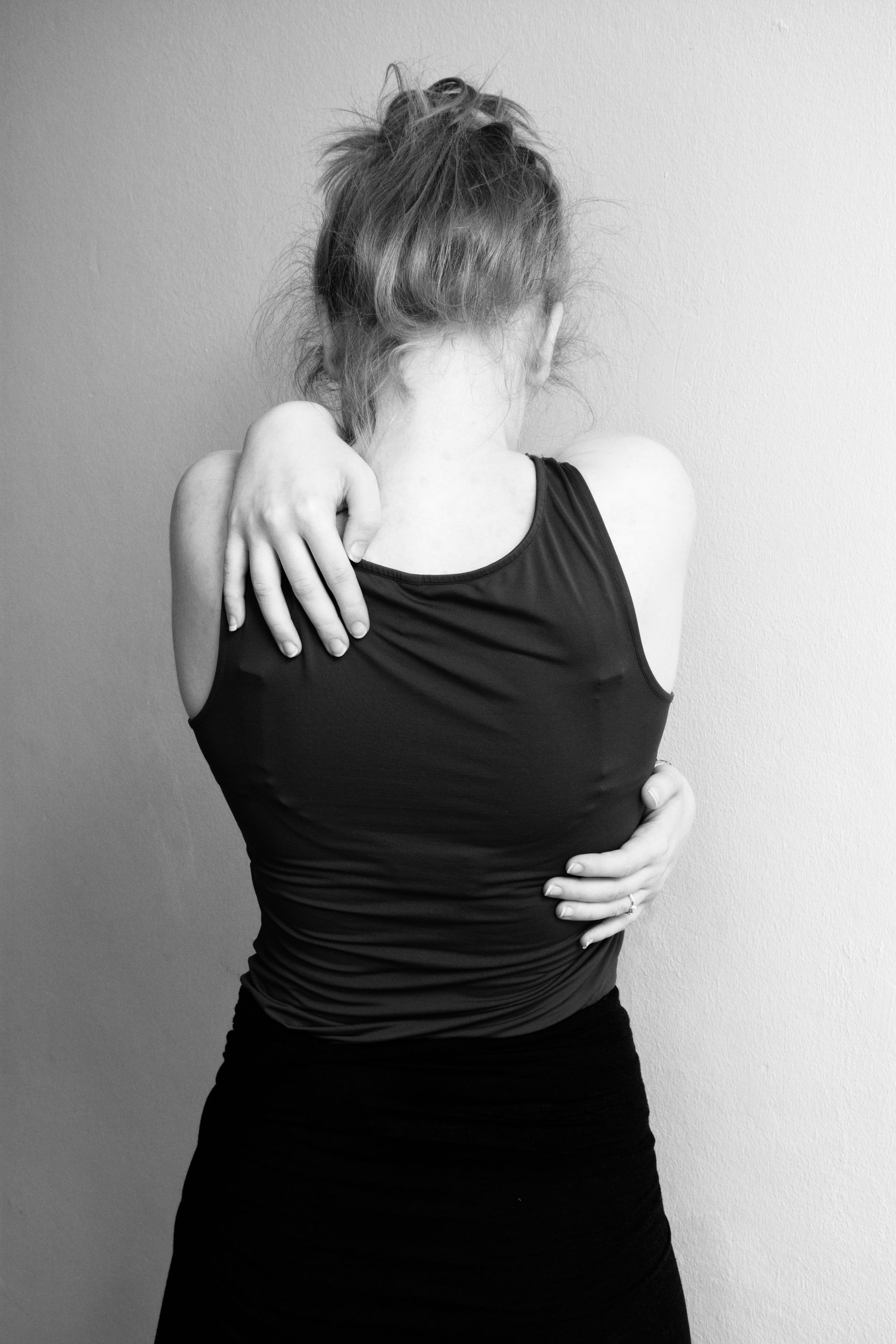 Sonali suffered verbal, physical, financial and sexual abuse at the hands of her husband. He was unpredictable and had intense mood swings, becoming angry for reasons that were not clear to Sonali. He would drink excessively and frequently exhibited strange behaviours. For example, he would drive Sonali around the city, drop her off at a random location, and then report her missing to the police. On numerous occasions, Sonali was physically assaulted by Ravi. In the spring of 2016, after an assault resulted in a bruise on her arm, Sonali went for treatment and disclosed to her family doctor she was being abused. The doctor advised her to report the abuse to the police and go to a shelter, but she refused stating that she wanted to try and save her marriage. Some time passed and once again Ravi assaulted her and caused her arm to bleed. He went with her to the hospital emergency department and forced Sonali to tell the doctors that she cut herself while washing dishes. She required stitches for the lacerations.

Ravi’s behaviour was erratic, he would often do and say hurtful things to her and then apologize. During a trip to the shopping mall, he left her and approached a nearby police officer saying that Sonali was mentally unstable, and suicidal; that her lacerations were self-inflicted. Sonali spoke to the officers herself and clarified the situation. The officers asked Sonali if they should arrest and charge her spouse, to which she answered, “No”. The officers dropped Sonali off at the condo. During this time, Ravi stayed with his sisters for a few nights then returned to the condo.

In January 2017 the couple went to India to attend a wedding and visit family. At the wedding, Ravi got extremely drunk and insulted her in front of family members. While visiting a neighbouring country on a tour, Ravi became angry and asked Sonali for his passport and told her not to return to his house in Canada.  He then returned to the place they were staying and acted as nothing had happened. Sonali was becoming increasingly scared of his erratic behaviour.

Upon return to Canada, Ravi was fired from his job. Soon after, he assaulted Sonali again but this time she called 911. Ravi was criminally charged with three counts of assault. He was released on bail with a no direct or indirect contact with her and he was not allowed to visit their home.  However, her mother-in-law consistently attempted to contact her, wanting them to reconcile. Ravi went to Criminal Court in May 2018 where he pleaded guilty to the charges. Sonali was fearful for her life and sought a . As a result of the abuse, Sonali developed anxiety, constantly feels stressed, and has difficulty concentrating. She has trust issues and difficulties forming relationships. She also suffers from headaches, which impair her day-to-day functioning.

During their separation proceedings , Ravi did not disclose his full financial status. He did not disclose the fact that he was self-employed, as he did not want this income to be computed for the purposes of spousal support.  Prior to marriage, he had incurred high debts which he was unable to repay. He had a in January 2013 which he was paying off throughout their marriage. Sonali found out about these financial issues at the time of separation.

The condominium was sold and, after paying off the mortgage and taxes, Sonali got a lump sum settlement. Sonali is safe, in receipt of a substantial financial settlement and from Family Court.  Ravi and Sonali eventually got divorced. She is currently working two jobs and is financially self-sufficient. She owns a condominium, which she was able to purchase, in part, with help from her family in India.

In October 2012, the federal government introduced Conditional PR which meant that the sponsored partner or spouse is mandated to live with their immigration sponsoring partner for a duration of two (2) years. This was applicable if, at the time of application the partner fit into the following categories:

The relationship was less than two years; and
There are no children in common.

Failure to meet this condition would revoke the PR status and the sponsored immigrant could be deported. However, as of April 28, 2017, the Canadian government eliminated this requirement; meaning conditional permanent residence no longer applies to any applicants seeking spousal sponsorship (Immigration, Refugees and Citizenship Canada, 2017). The two-year conditional PR has increased the vulnerability of many sponsored newcomers, particularly victims of domestic violence, who were often women.

A program  that allows Canadian permanent residents/citizens and persons registered as Indian under the Canadian Indian Act to sponsor their spouses/common law partners to immigrate to Canada.

A Consumer Proposal is a formal process provided under the Bankruptcy and Insolvency Act which stipulates that an individual (debtor) who borrowed and owes money (known as debt) and are facing financial difficulty to repay it to (creditors) e.g. a person, credit card company(ies) or financial institutions. With assistance of a licensed Insolvency Trustee, the debtor makes an offer to pay off the debt within a certain timeframe. There are many conditions that apply to such consumer proposals.