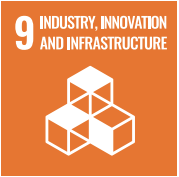 In this 10-minute video made available from the SDG Academy, Jeffery Sachs looks at universal access to innovative and resilient infrastructure and it’s importance in sustainable development.

Globally, labour forces face a rapidly changing economy that will have a profound impact on the nature of work and jobs of the future1. To be equipped for this change, there is a critical need for societies to rethink approaches to learning, the way they conduct work, and training approaches1. Inclusive and sustainable industrialization, together with innovation and infrastructure, can unleash dynamic and competitive economic forces that generate employment and income. They play a key role in introducing and promoting new technologies, facilitating international trade, and enabling the efficient use of resources. However, the world still has a long way to go to fully realize this potential[2]. Least developed countries, in particular, need to accelerate the development of their manufacturing sector if they are to meet the 2030 target, and scale up investment in scientific research and innovation2.

Innovation and technological progress are key to finding lasting solutions to both economic and environmental challenges, such as increased resource and energy-efficiency. Globally, investments in research and development (R&D) as a proportion of gross national product (GDP) increased from 1.5% in 2000 to 1.7% in 2015 and remained almost unchanged in 2017. It was however, less than 1% in developing regions2.

In terms of communications infrastructure, more than half of the world’s population is now online and almost the entire world population lives in an area covered by a mobile network2. It is estimated that in 2019, 96.5% of the world’s population was covered by at least a 2G network2. For Canada, basic infrastructure that most Canadians take for granted are missing in many Indigenous communities1. In 2020, nearly 97% of Canada’s population had internet access, 7% more than the global average2[3]. However, of the over 1 million people in Canada that do not have internet access, more than 75% are Indigenous households3.

The coronavirus pandemic has revealed the urgent need for inclusive and resilient infrastructure. The Asian Development Bank notes that critical infrastructure in the region remains far from adequate in many countries, despite the rapid economic growth and development the region has experienced over the past decade. The Economic and Social Survey of Asia and the Pacific highlights that making infrastructure resilient to disasters and climate change will require an additional investment of $434 billion per year2. This sum may need to be even greater in some subregions, such as the Pacific small island developing states.

Why should I care about ensuring innovative and resilient industry and infrastructure for all?

Inclusive and sustainable industrialization, together with innovation and infrastructure, can stimulate competitive economic forces that generate employment and income. The price of inaction is steep. Ending poverty would be more difficult, given the industry’s role as a core driver of the global development agenda to eradicate poverty and advance sustainable development. Failing to improve infra¬structure and promote technological innovation could translate into poor health care, inadequate sanitation, and limited access to education.

Below is Canada’s approach to measuring progress on SDG #9 – Industry, Innovation, and Infrastructure. Note the targets and indicators chosen[4]. 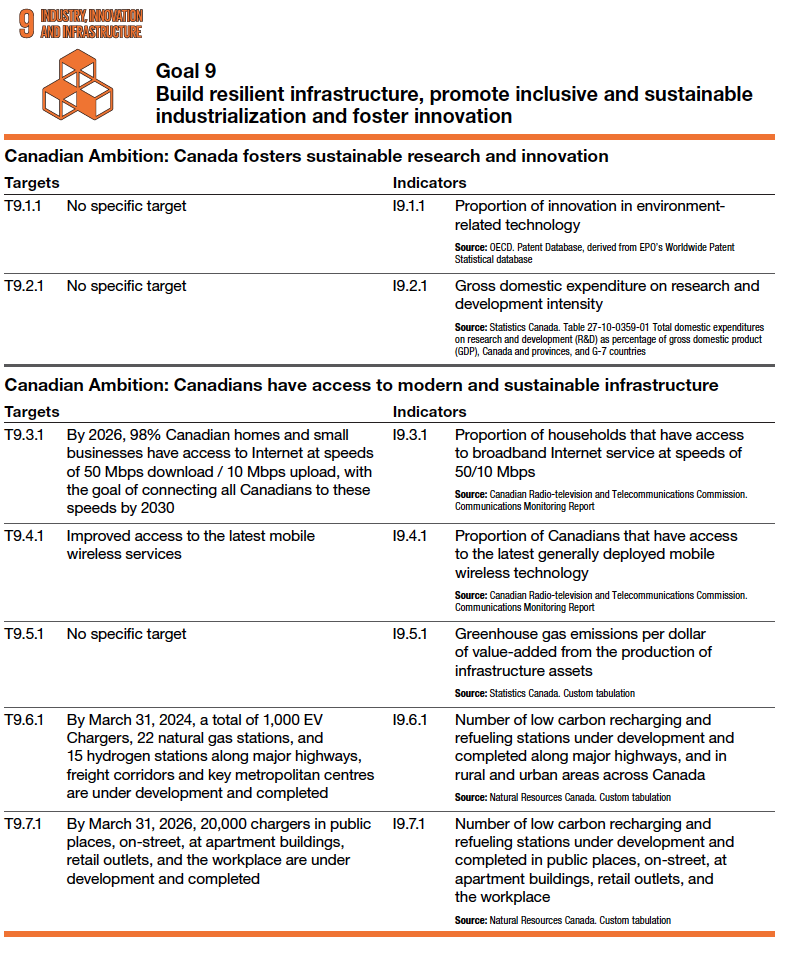