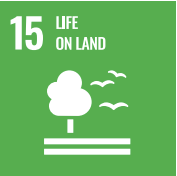 In this 24-minute video made available from the SDG Academy, Jeffrey Sachs looks at biodiversity as an integral part of ecosystems functioning and explores why biodiversity is being threatened today.

Sustainable management of lands and forests, including through conservation and protected areas, is key to maintaining healthy ecosystems and ensuring their benefits, including filtering air and water, and storing carbon dioxide[1].

Nature is critical to our survival. Nature provides us with our oxygen, regulates our weather patterns, pollinates our crops, produces our food, feed, and fibre. But it is under increasing stress. Human activity has altered almost 75% of the earth’s surface, squeezing wildlife and nature into an ever-smaller corners of the planet[2].

Around 1 million animal and plant species are threatened with extinction, many within decades  according to the 2019 Global Assessment Report on Biodiversity and Ecosystem Service. The report called for transformative changes to restore and protect nature. It found that the health of ecosystems on which we and all other species depend is deteriorating more rapidly than ever, affecting the very foundations of our economies, livelihoods, food security, health, and quality of life worldwide2.

Deforestation and desertification, caused by human activities and climate change, pose major challenges to sustainable development, and have affected the lives and livelihoods of millions of people. Forests are vitally important for sustaining life on Earth and play a major role in the fight against climate change2. And investing in land restoration is critical for improving livelihoods, reducing vulnerabilities, and reducing risks for the economy.

The health of our planet also plays an important role in the emergence of zoonotic diseases, i.e. diseases that are transmissible between animals and humans. As we continue to encroach on fragile ecosystems, we bring humans into ever-greater contact with wildlife, enabling pathogens in wildlife to spill over to livestock and humans, increasing the risk of disease emergence and amplification2.

Why should I care about the protection, restoration, and sustainable use of terrestrial ecosystems?

Globally, one fifth of the Earth’s land area (more than 2 billion hectares) are degraded. Land degradation is undermining the well-being of some 3.2 billion people, driving species to extinction and intensifying climate change. Currently, biodiversity is declining faster than at any other time in human history.

Below is Canada’s approach to measuring progress on SDG #15 – Life on Land. Note the targets and indicators chosen[3]. 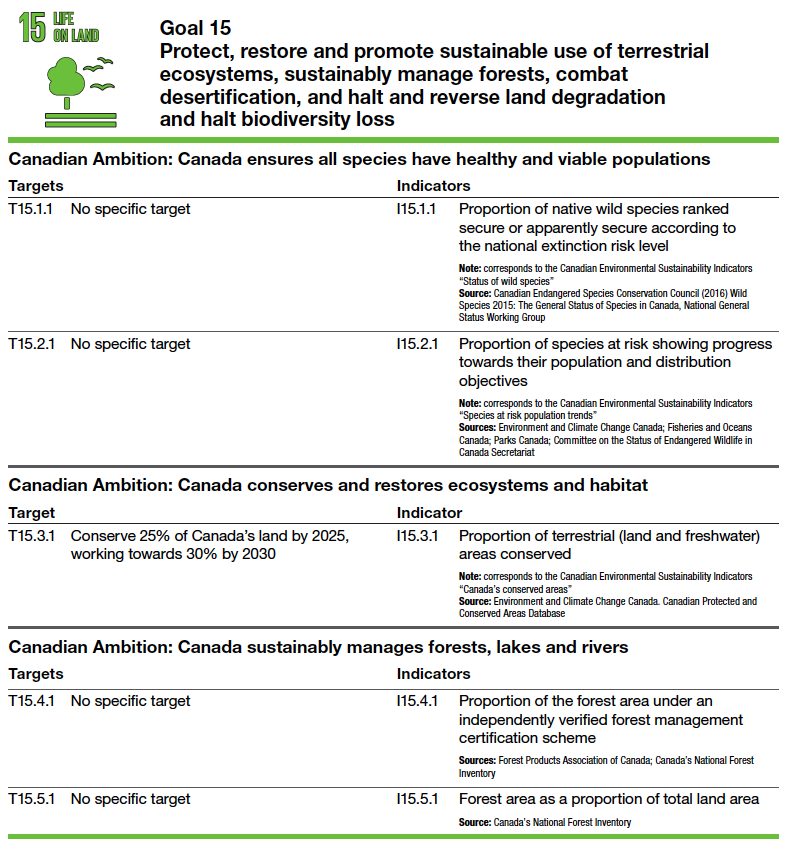