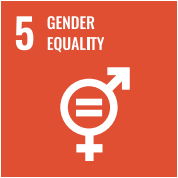 Women and girls often face multiple and intersecting forms of discrimination, including due to their race, ethnicity, geographic location, income and education status, religion, language, sexual orientation, gender identity, age, ability or migrant or refugee status. Around the world, including in Canada, discrimination and ingrained social and gender biases continue to limit women and girls’ participation and advancement in economic, social, and political spheres[1].

Despite progress over the last several decades with more girls going to school, fewer forced early marriages, increased women working in leadership positions, and improved equity laws, gender inequality still persists[2]. Many challenges remain such as discriminatory laws and social norms with woman less valued than men by many societies. Worldwide, women only make 77 cents for every dollar earned by men[3]. Wage inequality between men and women persists in all countries and across all sectors, because women’s work is persistently under-valued and remunerated less3. For Canada, women earn 87 cents for every dollar earned by a man[4].

Women experience far greater levels of violence and harassment than man, with 1 in 5 women and girls (globally) between the ages of 15 and 49 report experiencing physical or sexual violence by an intimate partner within a 12-month period2.  For Canada, 4 in 10 women have experienced some form of intimate partner violence in their lifetimes[5]. In 2018, 44% of women in the Canadian population reported experiencing some form of psychological, physical, or sexual violence by an intimate partner in their lifetimes5. Approximately every 6 days, a woman in the Canadian population is killed by her intimate partner, with Indigenous women and girls 12 times more likely to be murdered or go missing than other women[6].

The 2030 Agenda envisions a world where all women and girls are valued and empowered, have control over their own lives, fully participate as decision makers in their homes and societies, and contribute to and benefit from development and prosperity equally. Gender equality is not only a fundamental human right, but a necessary foundation for a peaceful, prosperous, and sustainable world.

Why should I care about gender equality? Women and girls represent half of the world’s population and therefore also half of its potential. Unfortunately, gender inequality persists everywhere and stagnates social progress, and is detrimental to economic growth causing increased political and societal tensions, leading to instability and conflicts.

Below we will look at Canada’s way of measuring progress on SDG #5 – Gender Equality. Note the targets and indicators chosen[7].