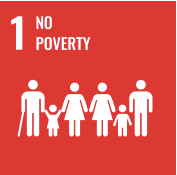 In this 12-minute video made available from the SDG Academy, Jeffrey Sachs (Director of the Sustainable Development Solutions Network), looks at SDG#1 – ending extreme poverty. He discusses the resources available and how a lack of income distribution creates vast inequalities.

Eradicating poverty in all its forms remains one of humanity’s greatest challenges. Poverty forces individuals to make difficult choices, often between paying for necessities such as shelter, healthy food, clothing and medication, and causes food insecurity, social exclusion, inadequate housing, lack of access to services and other hardships. Poverty’s multidimensional nature means that governments need to respond to both its causes and its consequences by addressing the various deprivations faced by those living in poverty[1].

Globally, more than 700 million people, or 10% of the world population, live in extreme poverty – meaning they struggle to fulfil the most basic needs like health, education, and access to water and sanitation, to name a few. The international poverty line, currently set at $1.90 a day, is the universal standard for measuring global poverty. This line helps measure the number of people living in extreme poverty and helps compare poverty levels between countries. As the cost of living increases, poverty lines increase too. Since 1990, the international poverty line rose from $1 a day, to $1.25 a day, and most recently in 2015 to $1.90. This means that $1.90 is necessary to buy what $1 could in 1990[2].

Nationally, in Canada, 3.7 million people or 10.1% of the population were living below the poverty line in 2019[3]. This includes 9.7% or 1 in 10 children under the age of 18 were living in poverty.  Canada’s official poverty line was defined in 2019 based on the Market Basket Measure (MBM), defined by people who do not have enough income to purchase a specific basket of goods and services in their community3.

Regionally, in Niagara, 64,000 people or 14.2% of the population were living below the poverty line in 2016[4]. This includes 1 in 7 children under the age of 18 were living in poverty, which is 4.5% more than the national statistic (4). Niagara has one of the highest youth poverty rates in all of Canada[5].

For those who work, having a job does not guarantee a decent living. In fact, 8% of employed workers and their families worldwide lived in extreme poverty in 20182. Ensuring social protection for all children and other vulnerable groups is critical to reduce poverty2.

Why should I care about other people’s economic situation? There are many reasons, but in short, because as human beings, our well-being is linked to each other. Growing inequality is detrimental to economic growth and undermines social cohesion, increasing political and social tensions and, in some circumstances, driving instability and conflicts. As we have seen with COVID-19, we are ALL connected. What happens globally affects us all.

As an example of a country level approach, below we will look at Canada’s way of measuring progress on SDG #1 – No Poverty. Note the targets and indicators chosen[6].