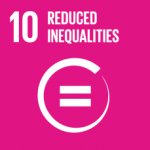 Reducing inequality, promoting diversity, and providing all people with the opportunity to reach their full potential is not only the right thing to do, but also good business to create a growing economy that benefits everyone[1].

Reducing inequalities and ensuring no one is left behind are integral to achieving the Sustainable Development Goals.  Inequality within and among countries is a persistent cause for concern. Despite some positive signs toward reducing inequality in some dimensions, such as reducing relative income inequality in some countries and preferential trade status benefiting lower-income countries, inequality still persists. Looking at health, the United Nations estimate a global average life expectancy of 72.6 years[2]. For Canada, the life expectancy (national average) is 82.9 years, with extreme variability across the country due to many social-economical inequality factors. For example, in Hamilton, Ontario, there is a 23-year gap in life expectancy between different neighbourhoods with the highest life expectancy at 87.7 years, and the lowest at 64.8 years[3].

Inequalities are also deepening for vulnerable populations in countries with weaker health systems and those facing existing humanitarian crises. Refugees and migrants, as well as Indigenous Peoples, older persons, people with disabilities and children are particularly at risk of being left behind.

Why should I care about reduced inequalities? Inequality threatens long-term social and economic development, increases poverty, hunger, and poor health to name a few. This, in turn, can breed crime, disease, and environmental degradation. We cannot make the planet better for all people if many people are excluded from the chance for a better life.

Below is Canada’s approach to measuring progress on SDG #10 – Reduced Inequalities. Note the targets and indicators chosen[4]. 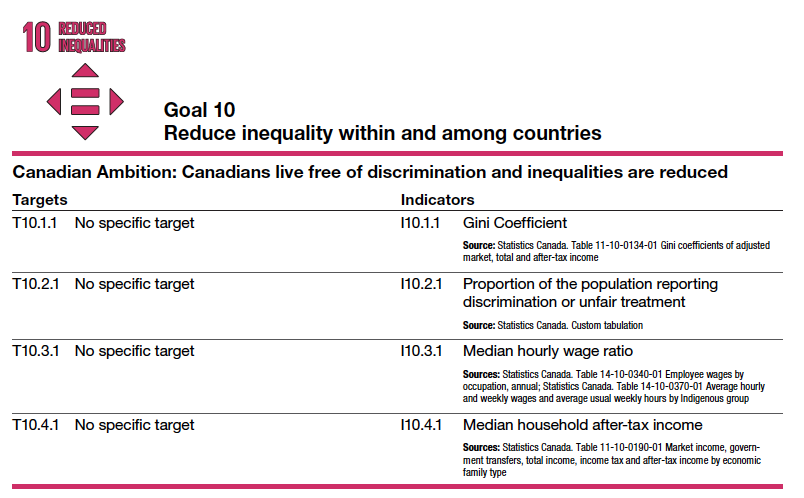