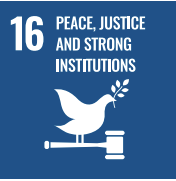 In this 11-minute video made available from the SDG Academy, Jeffery Sachs looks at lessons learned from Syria in achieving lasting peace, the underlying conditions needed for peace and how we can invest in peace.

Ensuring peace, justice and strong institutions are prerequisites to sustainable development[1]. In line with the integrated nature of the 2030 Agenda, SDG #16 has strong links to all Goals. In total, 36 of the 169 SDG targets directly measure an aspect of peace, inclusion, or access to justice, with only one third of these actually found in SDG #16.

Conflict, insecurity, weak institutions, and limited access to justice remain a great threat to sustainable development. The number of people fleeing war, persecution and conflict exceeded 70 million in 2018, the highest level recorded by the UN refugee agency in almost 70 years[2]. In 2019, the United Nations tracked 357 killings and 30 enforced disappearances of human rights defenders, journalists, and trade unionists in 47 countries2. The births of approximately one in four children under age 5 worldwide are never officially recorded, depriving them of a proof of legal identity crucial for the protection of their rights and for access to justice and social services2.

For Canada, democracy, inclusive and accountable governance, respect for diversity and human rights are core values shared by Canadians. While Canada is fundamentally a safe and peaceful country, threats and emergencies can arise in many different ways including through terrorism, organized crime, and natural disasters1. In Canada, there continue to be groups of people who experience discrimination, harassment, and violence. Historically excluded people and groups are significantly more likely to experience injustice1. Indigenous women and girls in Canada are disproportionately affected by all forms of violence from various factors including racism, sexism, the legacy of colonialism, and the devastation caused by the Indian Residential School system1.

Transparent and accountable institutions and organizations strengthen the fabric of society. Internationally, continued support is needed to establish and maintain peace and security, both for the safety of citizens and as a precondition for sustainable development.

Why should I care about peace, justice, and strong institutions?

Peace is essential to ensure a healthy and productive global population. In the absence of peace, it will be impossible to fully achieve the other SDGs.

Below is Canada’s approach to measuring progress on SDG #16 – Peace, Justice, and Strong Institutions. Note the targets and indicators chosen[3]. 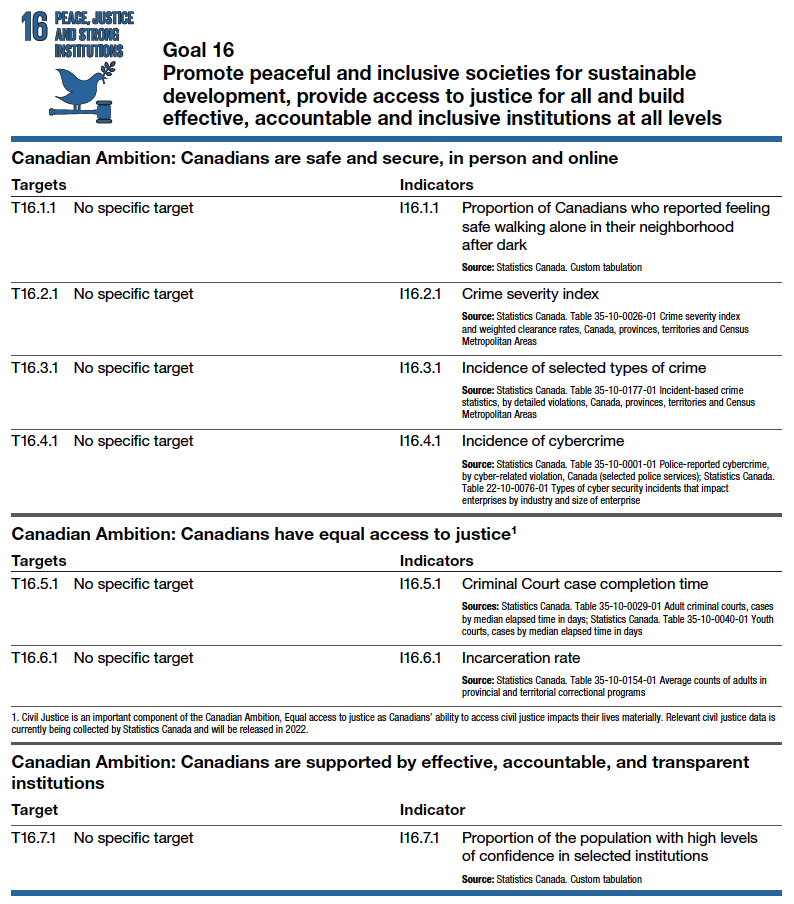