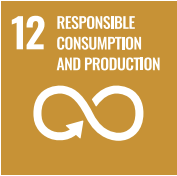 In this 10-minute video made available from the SDG Academy, Jeffrey Sachs looks at the challenges and opportunities of oil, gas, and mining in the context of responsible consumption and production for a sustainable future.

In many counties, household consumption has been the main driver of economic growth[1].

Worldwide, consumption and production are the driving force of global economies and heavily rely on the use of the natural resources and the environment and in a way that continues to have destructive impacts on the planet[2].  Economic and social progress over the last century has been accompanied by environmental degradation that is endangering the very systems on which our future development and indeed, our very survival depends2. According to the latest projections, the global population could grow to 8.5 billion in 2030, and 9.7 billion in 2050. The equivalent of almost three planets could be required to provide the natural resources needed to sustain current lifestyles.

To promote responsible consumption and production, economic growth must align with existing resource volatility and shifting consumer preferences for safer, renewable, and more sustainable natural resources and products. Education is one of the most powerful tools for providing individuals with the appropriate skills and competencies to become sustainable consumers1.

Why should I care about responsible consumption and production?

Economic and social progress over the last century has been accompanied by environmental degradation that is endangering the very systems on which our future survival depends. These current patterns of production and consumption must be changed for our own welfare and that of future generations. Human health and the environment are intrinsically linked, yet we carry on as business as usual, guided by unrealistic notions of infinite economic development and growth that ignores the reality that we live on a planet with finite resources

Below is Canada’s approach to measuring progress on SDG #12 – Responsible Consumption and Production. Note the targets and indicators chosen[3]. 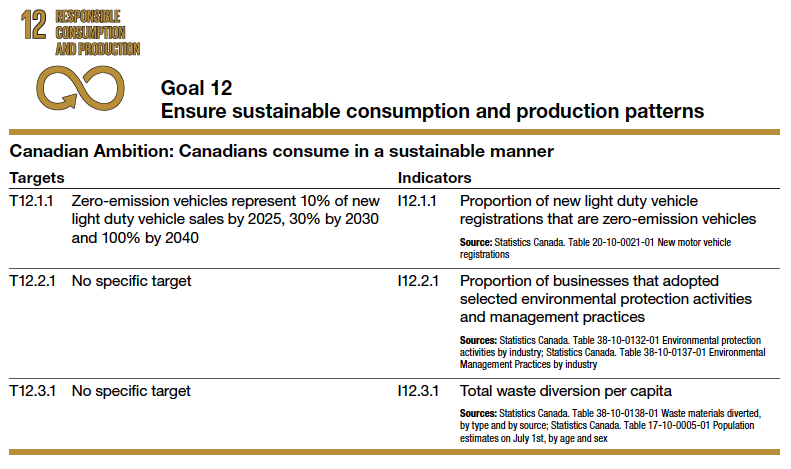