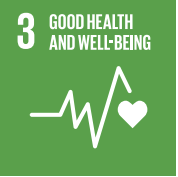 In this 12-minute video made available from the SDG Academy, Jeffrey Sachs looks at SDG #3 – Good Health and Well-being. He discusses the many dimensions of achieving this SDG including access to universal health care and an integrated health system. He also discusses social determinants of health, such as rising opioid and obesity epidemics due to poorly regulated industry.

Ensuring healthy lives and promoting well-being at all ages is essential to sustainable development. Good physical and mental health is essential for individual well-being, supports equality, enables inclusive and sustainable growth, efficient labour markets, and enables robust community participation and engagement. By achieving good health for all, societies can be more peaceful, inclusive, and more prosperous[1]. In 2017, only around one third to half of the global population was covered by essential health services. If current trends continue, only 39% to 63% of the global population will be covered by essential health services by 2030[2].

Before the COVID-19 pandemic, major progress was made in improving the health of millions of people. Significant strides were made in increasing life expectancy and reducing some of the common killers associated with child and maternal mortality. But more efforts are needed to fully eradicate a wide range of diseases and address many different persistent and emerging health issues2. By focusing on providing more efficient funding of health systems, improved sanitation and hygiene, and increased access to physicians, significant progress can be made in helping to save the lives of millions2.

Health emergencies such as COVID-19 pose a global risk and have shown the critical need for preparedness. The United Nations Development Programme highlighted huge disparities in countries’ abilities to cope with and recover from the COVID-19 crisis2. The pandemic provides a watershed moment for health emergency preparedness and for investment in critical 21st century public services.

Ensuring healthy lives and promoting well-being is important to building prosperous societies. Healthy people are the foundation for healthy economies, and all of our economies are linked together.

Below is Canada’s approach to measuring progress on SDG #3 – Good Health and Well-being. Note the targets and indicators chosen[3]. 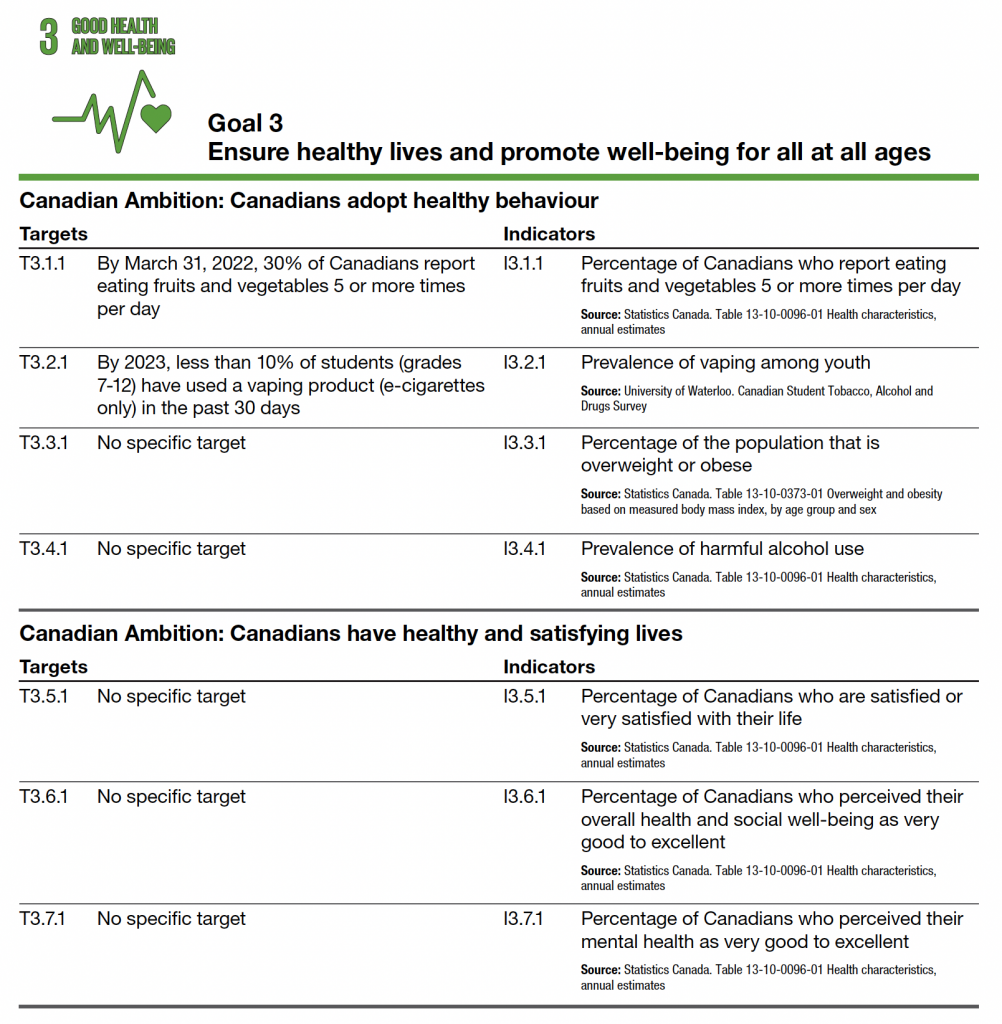 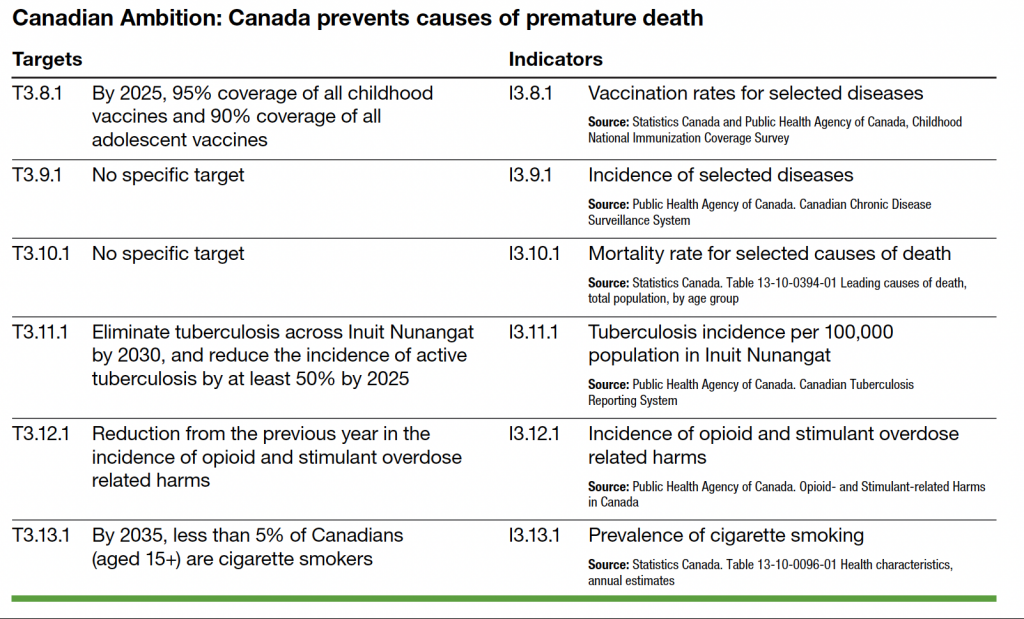