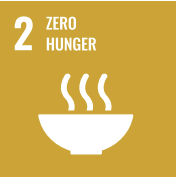 In this 11-minute video made available from the SDG Academy, Dr. Jessica Fanzo (Director Johns Hopkins Global Food Ethics and Policy Program) looks at  SDG#2 – ending hunger. This video discusses food security and how food security is measured, who is food insecure, where they are located and the progress to date on addressing the issues.

As the world’s population continues to grow, one of our greatest challenges will be to ensure food security for all. Hunger and food insecurity remain a pressing problem, with significant negative consequences on the development potential of and quality of life in many countries. Although most of the world’s food-insecure populations are in developing countries, all countries face unique food security challenges[1]. Food security, as defined by the United Nations’ Committee on World Food Security, means that all people, at all times, have physical, social, and economic access to sufficient, safe, and nutritious food that meets their food preferences and dietary needs for an active and healthy life[2]. How does hunger differ from food insecurity? Even if you have never experienced uncertainty about where our next meal is coming from, you probably have been hungry – how you feel when you need to eat. Hunger is an individual-level condition. Food insecurity is a household-level economic and social condition of limited or uncertain access to adequate food. International bodies such as the UN use both terms, while many countries government may only use the term food insecurity2.

Current estimates show that nearly 690 million people are hungry, or 8.9% of the world population. According to the World Food Programme, 135 million suffer from acute hunger largely due to human-made conflicts, climate change, and economic downturns2. For Canada, 1 in 8 households (2018) was food insecure, amounting to 4.4 million people (12% of the population), including more than 1.2 million children[3].

The world is not on track to achieve Zero Hunger by 2030. If recent trends continue, the number of people affected by hunger would surpass 840 million by 2030 (2). With more than a quarter of a billion people potentially at the brink of starvation, swift action needs to be taken to provide food and humanitarian relief to the most at-risk regions. At the same time, a profound change of the global food and agriculture system is needed if we are to nourish the more than 690 million people who are hungry today – and the additional 2 billion people the world will have by 2050. Increasing agricultural productivity and sustainable food production are crucial to help alleviate the perils of hunger.

Why should I care about other people’s food insecurity situation? There are many reasons, but in short, because ethically we should want all people to have enough food to eat that is safe and nutritious. A world with zero hunger can positively impact our economies, health, education, equality, and social development. It’s a key piece of building a better future for everyone.

Below is Canada’s approach to measuring progress on SDG #2 – Zero Hunger. Note the targets and indicators chosen[4]. 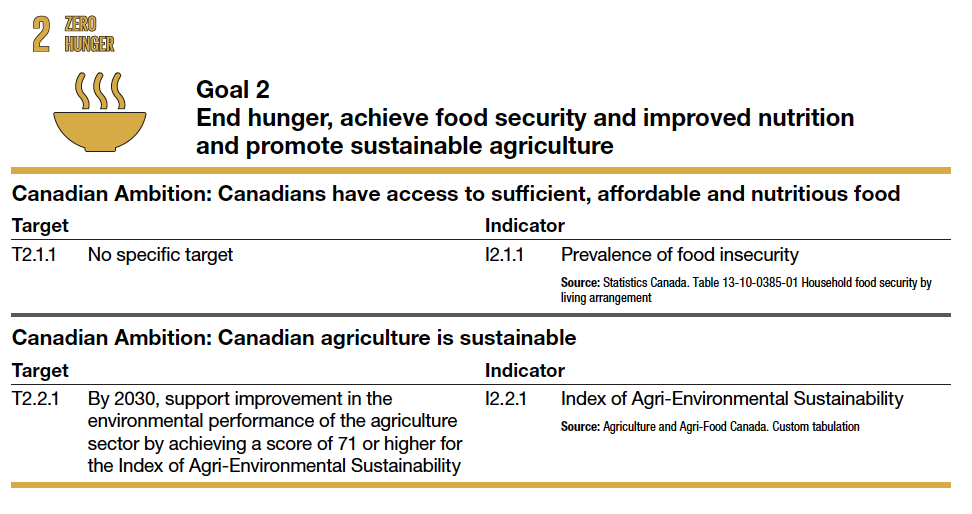