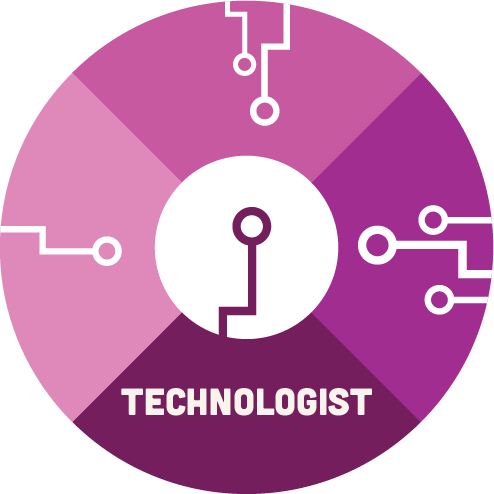 A podcast is a series of episodes made of audio voice recordings that someone can listen to either by streaming or downloading the episode.

What you need to get started:

Why would you create a Podcast?

There are many forms of podcasting, and you can mix up styles from episode to episode. Generally, the types fall into two categories: talking about a topic, or telling a story. When discussing a topic, you could be speaking on your own, with a co-host, or a guest. When telling a story, you could be telling a fiction or nonfiction story. You don’t have to create a series of podcasts – it’s perfectly fine to create a single piece!

Below are some pros and cons to the most common podcasting forms:

The Three Steps of Podcast Creation:

Pre-production is all about knowing what you’ll be talking about. It helps avoid rambling, and encourages coherent, captivating content. Think about your own professors: some of them might be really good at rambling and tangents, but others are not. If you, like most humans, aren’t great at rambling, you’re better off creating some sort of script.

Pauses are your best friend when editing. If you take a breath to psych yourself up for a line, take a 1-2 second pause. This will make removing the breath sound much easier later. If you mess up a line, take a pause, and redo that line. Continue as normal. Giving yourself the 1-2 seconds of silence makes your editing life much easier.

The waveform is a visual representation of an audio file. The X-axis (moving left to right) indicates time. The Y-axis (top to bottom) indicates the amplitude, which is essentially volume.

There is a lot more science and complexity to a waveform, but for our purposes, we only need to understand it as a visualization of our audio recordings. Our main tasks will be chopping out bad clips, adjusting volume, and removing breathing noises. 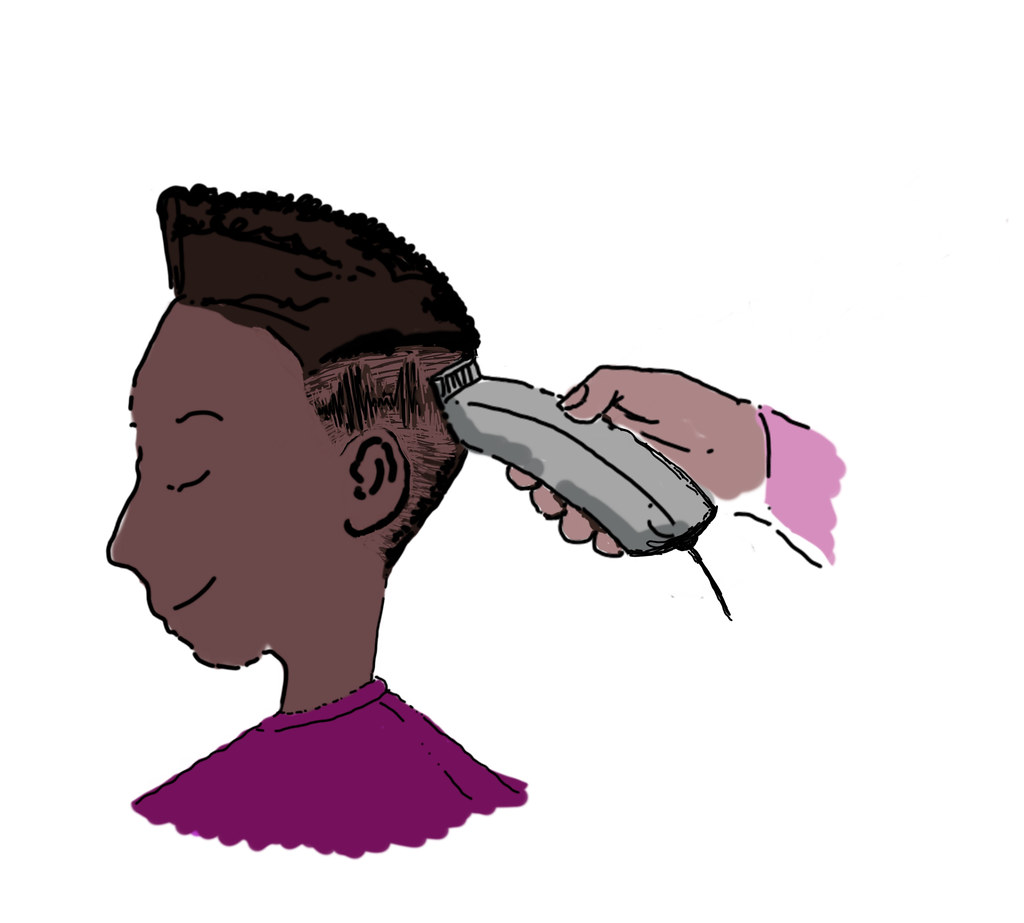 A cut and a fade is not just to make your hair look good.

Our main goal is to take a bunch of clips and edit them so that they sound like one, uninterrupted clip. This is called “Continuity Editing”.

This can refer to small-level, such as keeping the volume the same across the entire piece, and ensuring that cuts are done in between words and sound clean. Continuity editing can also refer to bigger picture things, such as cutting off tangents, and adding in important context. When someone says, “Oh, I forgot to add…” we might want to put that where it should have gone.

Here, the value of pauses should be clear. By pausing in between words and sentences, we have more room in the waveform to cut and arrange clips. If we speak quickly, there would be fewer places to make clean cuts.

Continuity editing: Editing audio clips to create a linear and consistent progression of content. This means editing out tangents, sentences that don’t quite fit, and generally making sure that the final result sounds like one long clip, rather than a series of combined clips.

Another important goal is to get rid of Popping Ps.

They are inevitable and take practice to change during the production phase. Speakers should always be striving to limit the Popping Ps and speak at with consistent volume and tone.

Sometimes, they are unavoidable or you don’t notice. There are many strategies to getting rid of that “pop” sound. One is to fade in the P sound, another is to reduce the volume of just the P sound. In the mixer, you’ll have to find the “P” sound and isolate it. It should stand out.

Inside an audio editing program, there are many functions that you can use to reach the goal of good continuity editing. While these functions are consistent across most (if not all) programs, how they are accessed will differ. Check out the program specific tutorials to get a feel for the layout. Below are some of the most common functions you’ll use:

A “Track” refers to a recording of sound. If you were to record yourself speaking and load it into a computer, you would have one track. If you and a friend were each recording their own voice in a conversation, this would mean two tracks.

Audio programs allow for multiple tracks, and will play them all at the same time. Best practices say that we should separate different tracks. This way, we can change the background music speed or volume much easier, without changing anything else.

If we were to put everything on one track, things would get very messy very quickly.

Multiple tracks help us organize the audio files that we are using. Put the main host or narrator on the main track. Put background music on another, sound effects on another, and other guests/actors on their own track. The end result is the same, but it becomes much easier to find what you need and visually see the pieces that go into the final product.

Editing Software to Use

There are plenty of free audio editors out there. Audacity is a very popular choice. It is fairly easy to use and has an extensive suite of tools. There is a lot of support and resources for it as well, making it simple to find the solution to whatever problem you’re having.

It is worth mentioning that, in 2021, Audacity changed their privacy policy in response to allegations that they were selling user data. If this is something that bothers you, there are plenty of other options to check out.

There are many options for editing audio and getting free sound effects to use. See below for some stuff to check out.

You might also find something on your phone that works for you. Phone apps tend to be less powerful and more clunky to use (smaller screen, using fingers instead of a mouse or trackpad), but if you’re only doing some light editing (trimming, minimal cutting, juggling only a couple tracks), it might work well for you.

Activity: What Motivates you?

The purpose of this activity is to engage with the topic of the Podcast while simultaneously developing skills in audio recording and editing.

To explore your own motivations at school, which in turn helps you better understand yourself as a student.

There are beginner, intermediate, and advanced levels of this activity. See below.

This activity aligns to these learning outcomes:

Technologist: Record and edit an original piece of audio.

Learner: Understand why you may feel a lack of motivation/engagement with course work and learn how to be more motivated and engaged.

In this activity, you will be reflecting on your own sense of motivation in school and recording your thoughts on the matter. Once you have recorded your audio files, import them into an audio editing program and begin manipulating the audio into a polished piece.

This assignment should take you:

Technical: Successful completion of technical markers set out below.

How to Complete This Activity:

After you have completed the motivation and engagement survey (opens in new window) from the Learner Module, review your answers and consider what factors motivate you the most or least. Collect some thoughts about yourself as a student: what motivates you, what doesn’t, how that leads to challenges, and what you might be able to do about them.

Once you’re ready, grab your phone, and record some of your thoughts. You can record for as little as a minute or two, or as much as 5-10 minutes. It’s up to you.

Once you have recorded some thoughts, open up an audio editing program and import your audio. Listen back to it a couple times and then start editing! The beginner difficulty level of this activity asks you to:

If you’re ready for more of a challenge, find a friend to discuss their own motivation factors at school. Lead a conversation between you two about what sort of students you are. Have each person record their own audio. When you’re ready to edit, import both audio files in two separate tracks and complete the following technical tasks:

The final activity still asks you to have a conversation with someone else (like the intermediate version), but this time we’re upping the technical components. With the two audio tracks, do the following:

See an example script for a podcast here. (opens in new browser window)

What do I do with this?

If you are playing along using the Liberated Learner Work Binder, upload your audio file to the Technologist Module folder.

If this is the only Liberated Learner activity you plan to do, then save the file wherever you’d like. Don’t forget to share it with your friends and family to wow them with your podcasting prowess.

Liberated Learners by Terry Greene et al. is licensed under a Creative Commons Attribution-NonCommercial 4.0 International License, except where otherwise noted.