Weihenstephan  was a Benedictine monastery in Weihenstephan, now part of the district of Freising, in Bavaria, Germany. This Bavarian State Brewery Weihenstephan is located at the monastery site since at least 1040. It is the world’s oldest continuously operating brewery. It is also the ‘mother’ of all the German breweries.

There are a range of pale lagers and wheat beers types of beer in Weihenstephan, from a 5.4% Weissbier to strongest 10.5% ABV Infinium, abides by the Bavarian Purity Law to achieve the highest quality standards possible. It also corporate with the scientific centre of the Technical University of Munich for the innovation of the brewery. This combination of centuries of experiences and state-of-the-art scientific knowledge brings unique and premium quality to Weihenstephan.

In 724, St Corbinian with 12 companions founded a Benedictine Monsastery on Nahrberg Hill in Freising. This was the early foundation of the brewery, which was known from a document from a record showing a hop garden pay their 10% to the monastery. This gave us the assumption that the monastery has brewed then.

In 1040, Weihenstephan got the license to brew and sell beer from City of Freising. This marked it’s officially a brewery. After years trouble until 1516, Weihenstephan got its milestone, when the Bavarian Purity Law was issued by the Duke of Bavaria, Wilhelm the IV. That’s the beginning of being as the ‘mother of beer’ of German beer to Weihenstephan. 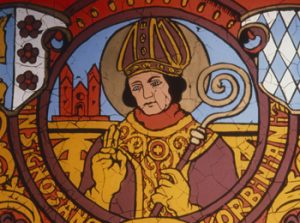 725 Sait Corbinian founded a Benedictine monastery on Nahrberg Hill with 12 companions, as well as the art of brewing at Weihenstephan.

768 In a record that a hop garden in Weihenstephan, whose owner was obliged to pay a tithe of 10% to the monastery. This is the evidence that the monastery has brewed then.

1040 The brewery got license from City of Freising. This marked the birth of Weihenstephan Brewery, which can brew and sell beer officially.

1085 1085 to 1463, Weihenstephan Monastery was destroyed by fire, famines and earthquake

1516 Baravian Purity Law was issued, which made the frame of Baravian and Weihenstephan beer

1803 The Weihenstephan Monastery was dissolved and the brewery supervised under the royal holdings at Schleissheim.

Weihenshepan is not only the oldest existing brewery in the world, it is also a modern brewery place with Weihenstephan science center of the Technical University of Munich combining a unique tradition and modern brewing culture. Industrialization makes it possible to produce beer in a large scale. The birth of beer is still tradition from mashhouse, ferment cellar, a storage cellar, filter and bottling.  During the process, it uses lots of products of industrialization to make a big scale production. For example, in mashhouse, they make beer mash from barley/wheat malt and brewing water, which results in the wort. And they bring wort to a boil and add hops. The mechanical reaper and steam engine plays a great contribution in this place. They use automatic filling machine to bottle, label and package the beers in cans or glass botttles, which save lots of labour and time and make the mass production possible.

In brewing science, it cooperates with the faculty for Bewing Science and Beverage Technology at the Technical University of Munich in Weihenstephan to make the most modern development of brewing science. They are well known for their yeast bank, which established in 1940, supplies yeast to breweries all over the world. There are the largest collection of bottom and top fermenting strains in the world there. 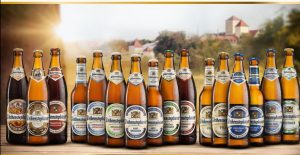 As the oldest brewery in the world, Weihenstephan takes the tradition way for most of the beer, which is mostly concentrated on wheat-based beers. These beers are ale, which are top-fermented beers. Weihenstephan’s ale is German version, which is made of wheat or rye. In many cases, wheat must occupy at least 50% of total grains in German version, which makes them cloudy cloudy due to high levels of wheat proteins.

It also develop good larger as its development, which is a bottom-fermented beer to adapt consumers’ attitude to crisp flesh taste, such as 1516 Kellerbier,  Pils, Tradition Bayrishch Dunkel and strong alcohol Korbinian Doppelbock, as well as for festival celebration beer, such as Festbier and Winterfestbier. Lager was first started in the 1500 or 1600s in Germany and got popularity by 1860. It uses bottom-fermenting yeast in low temperatures.

World War caused a significant decline to brew industry and many small breweries closed during the war, because of the shortage in manpower, which men had to go to the field instead of factories; material and equipment used for brewing, which were used by the governments in the war, and grains, which were shortage during the war. In addition, the enforcement of alcohol restriction also had impacts on brewing industry.

German beer had its peak around 1900. The next 40 years was not so good. WWI was a disaster to German economy, which impacted the basic living conditions to German and resulted in the decline of beer too.

Although Weihenstaphan was the oldest brewery in the world, it couldn’t  escape of this macro impact. First World War was a turning point to the whole alcohol industry in western world, and this impact lasted for decades later. In the Second World War, this happened again and attack the brewing industry once again. Weihenstephan got attacked but it survived.

Weihenstephan doesn’t put much effort in the globalization and consolidation of brewery industry. Around 1000 years ago, it’s a monastery brewery of the Benedictine monks.  It is owned by the government of Bavaria, operating as a state directed enterprise with the name Bayerische Staatsbrauerei Weihenstephan (Royal Bavarian State Brewery). As the oldest brewery in the world, it is the treasure of Bavarian. The ownership was past to the Bavarian government since 1803 when the former Weihenstephan Abbey in Freising, Bavaria was dissolved as part of a larger wave of German secularization. The name has been used since 1921.

It doesn’t put much effect on marketing and branding building. Its reputation of the oldest beer in the world is basically only known to the beer lovers. As the oldest brewery in the world, Weihenstephan has been very confident and proud in its products. The wheat beer is its longest history beer. And based on that, it develops many other types of beer to satisfy various customers. But the package has never been changed. The beer is in bottle. Until 2021, it launches 2 types of export beer in can in US and only in US. This helps it to get the first wheat German beer in US. 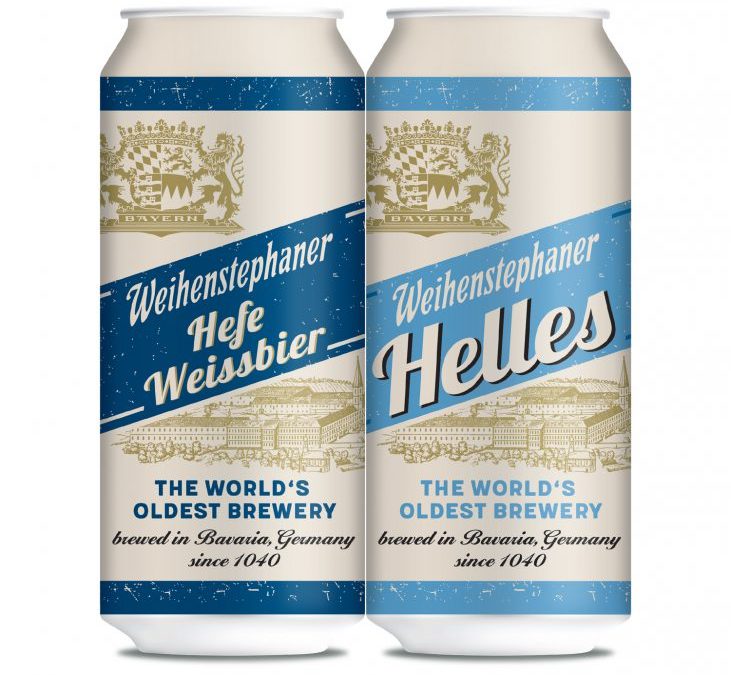 As the oldest brewery in the world, Weihenstephan has great responsibility in the development in the brewery trend. Its focus is on the technical development of beer. The location of the brewery is on the Weihenstephan hill, which is surrounded by Weihenstephan science center of the Technical University of Munich. This gives it the opportunity to combine the tradition and brewing culture of centuries with the most modern technology to brew a variety of beers with highest possible quality.

It also provides guided beer tour in the brewery for let people interested know more about their products, process, and history. The tour starts from the brewery’s former machine house as the origin of beer and finish with a beer-tasting to try its various beer. During the process, the visitors can enjoy a 1000-year of history about the oldest brewery of the world and art of brewing.

The Oxford Companion to Beer definition of Weihenstephan,

Beer Through the Ages by Jordanne Christie is licensed under a Creative Commons Attribution 4.0 International License, except where otherwise noted.