The members of the Teaching in Linguistics Community of Practice (TiLCoP) are instructors of linguistics at universities in Canada. We meet regularly to talk about our teaching practice and our pedagogical research. TiLCoP came together in 2020 to share resources and support at a time when we were all grappling with a rapid shift in teaching modality in response to the pandemic. Several exciting projects have grown out of our collaboration, including Word to the Whys (a companion podcast for Intro Linguistics courses), a special issue of the Canadian Journal of Linguistics, and of course this textbook! 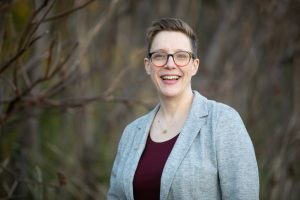 Catherine Anderson (she/her) is an Associate Professor, Teaching Stream, in the Department of Linguistics & Languages and the Director of the Gender & Social Justice program at McMaster University. She earned a PhD in Linguistics from Northwestern University in 2004, and a BA from McMaster in the department where she is now a faculty member. The thread that connects her wide-ranging teaching and research interests is partnership: collaborating with learners and colleagues to further justice and to make learning accessible and enjoyable. Catherine lives with her wife and their twin teenage sons in Hamilton, on the territory governed by the Dish With One Spoon wampum agreement between the Haudenosaunee and Anishinaabe Nations. 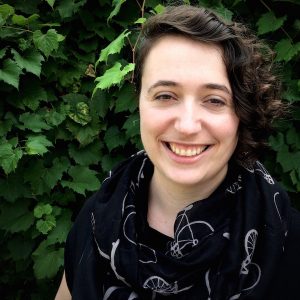 Bronwyn Bjorkman (she/her) is an Associate Professor, Research Stream, in the Department of Languages, Literatures, and Cultures at Queen’s University, located in the traditional shared territories of the Haudenosaunee and Anishinaabe peoples. She received her PhD from MIT in 2011. Her research explores the interfaces between phonology, morphology, syntax, and semantics, focusing on how how information is represented and transferred between formal modules of grammar. Her research has appeared in journals such as Linguistic Inquiry, Natural Language and Linguistic Theory, and Glossa. The COVID-19 pandemic shifted her belief in the value of virtual and remote community into ongoing work on building meaningful social connection into hybrid and virtual events both inside and outside academia. 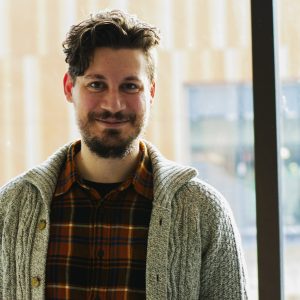 Derek Denis (he/him) is a tenure-stream, Assistant Professor, in the Department of Language Studies at the University of Toronto Mississauga, located within Dish With One Spoon territory and the treaty lands of the Mississaugas of the Credit. He received his PhD from the University of Toronto in 2015. His research examines language change and innovation from variationist and sociocultural linguistic perspectives, most recently focussing on the influence of immigrant youth in the emergence of a multiethnolect in Toronto. His work has appeared in Language, Language Variation and Change, American Speech, and the Journal of Multilingual and Multicultural Development among venues. He lives in Toronto but spends as much time as possible at the cottage with his partner. 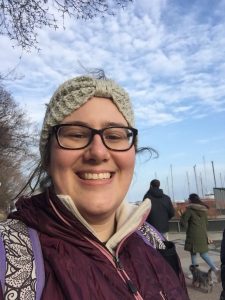 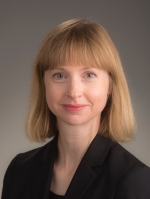 Margaret Grant (she/her) is Lecturer in the Department of Linguistics and in the Cognitive Science Program at Simon Fraser University, with campuses on the unceded territories of the xʷməθkʷəy̓əm (Musqueam), Sḵwx̱wú7mesh Úxwumixw (Squamish), səl̓ilw̓ətaʔɬ (Tsleil-Waututh), q̓íc̓əy̓ (Katzie), kʷikʷəƛ̓əm (Kwikwetlem), Qayqayt, Kwantlen, Semiahmoo and Tsawwassen peoples. She got her start in Linguistics as an undergraduate student at McGill University, where she earned her BA. Margaret graduated with a PhD in Linguistics from the University of Massachusetts, Amherst in 2013, specializing in psycholinguistics. Her research has focused on sentence comprehension, using a variety of experimental methods including the recording of eye movements during reading. When she isn’t introducing students to the study of language, mind and brain, she enjoys spending time outdoors with her family. 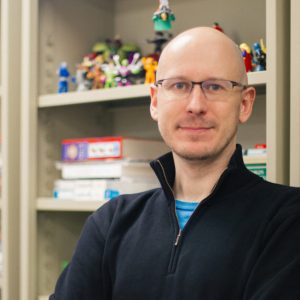 Nathan Sanders (he/him) is an Assistant Professor, Teaching Stream, and Associate Chair Undergraduate in the Department of Linguistics at the University of Toronto (St. George), located in the traditional territory of many nations, including the Mississaugas of the Credit, the Anishinaabe, the Wendat, and the Haudenosaunee. He studied mathematics and linguistics at the Massachusetts Institute of Technology and earned his MA (2000) and PhD (2003) from the University of California, Santa Cruz, with a dissertation on phonology and sound change in Polish. He works on the phonetics and phonology of signed and spoken languages, historical phonology, linguistic typology, and innovative and inclusive teaching in linguistics. He has published articles in Language, Sign Language & Linguistics, Natural History, and Journal for Research and Practice in College Teaching, and he is co-editor of the book Language Invention in Linguistics Pedagogy (2020, Oxford University Press). He lives in downtown Toronto with his extensive board game collection. 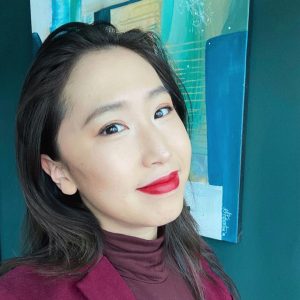 Ai Taniguchi (she/her) is an Assistant Professor, Teaching Stream in the Department of Language Studies at the University of Toronto Mississauga, located within Dish With One Spoon territory and the treaty lands of the Mississaugas of the Credit. She earned her PhD in Linguistics in 2017 from Michigan State University, with a dissertation that examined various types of non-at-issue meaning in Japanese and English. Her research specialisation is in formal semantics, formal pragmatics, and the semantics-sociolinguistics interface. She is the winner of the 5-Minute Linguist competition at the 2019 Linguistic Society of America annual meeting, and is an advocate of public outreach and education in linguistics, innovative online teaching, and diversity/inclusion in linguistics. She enjoys drawing and making digital comics, and lives in Toronto with her partner and their two cats, Pancakes and Waffles.