For millennia, Turtle Island’s Indigenous communities have met their material needs through hunting, gathering, agriculture, production, and trade while deeply respecting the Land and striving to live in balance with Mother Earth.   Many were willing to extend the hand of kinship when newcomers from Europe arrived.  Many have fought alongside French and British and non-Indigenous Canadian soldiers.  Many have been willing to share their culture, and to share in what they consider to be the best aspects of Western culture.

But one hundred and fifty years ago, the newly formed nation of Canada sought to suppress Indigenous norms and institutions, and to transfer Indigenous lands and fisheries to non-Indigenous people.  The Indian Act was drawn up so that reserve lands and economies would be overseen by government agents.  These Indian Agents were not held responsible for Indigenous health and prosperity; even in recent years the federal government has been criticized for its lack of goal-setting, transparency, and accountability with respect to First Nations well-being. 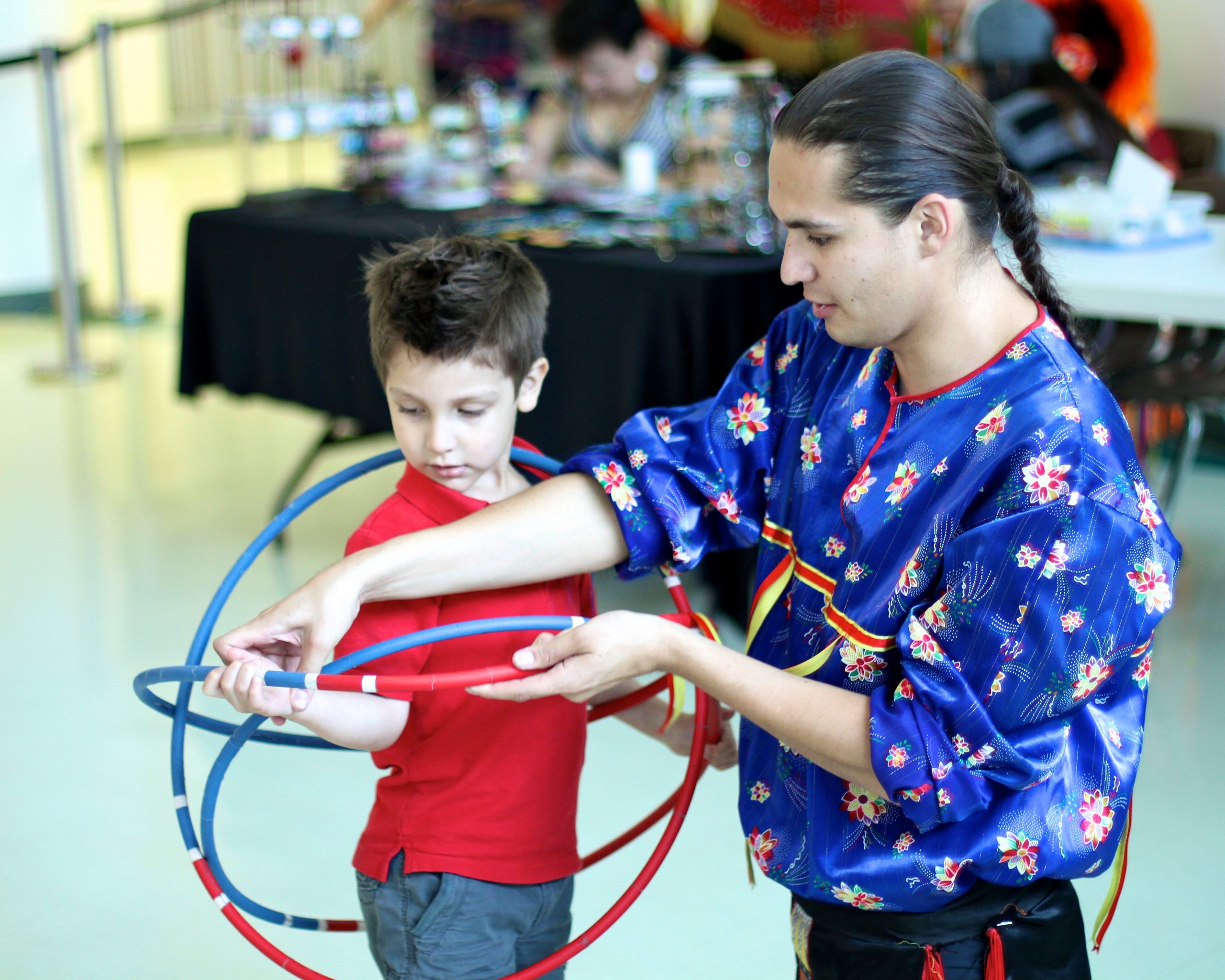 Hoop dancer teaching young boy. “Mosaic Regina – First Nations Pavillion”, FNUC Photo by: Alec Couros (CC BY-NC-SA 2.0) [184]By the perseverance of Indigenous communities, and the indefatigable work of activists; by the rulings of the Supreme Court of Canada and the gradual re-orientation of federal and provincial governments; by reforms of and alternatives to the Indian Act; by research and public commissions and courageous journalism; by the awakening of the Canadian conscience; by the grace of Creator the economic, political and social situation of Indigenous communities is changing for the better.

As non-Indigenous Canadians seek to do their part in this era, let them realize that, as others have said, it is better to be with a group than for a group. We need to actualize that kinship offered by so many past and present Indigenous leaders.