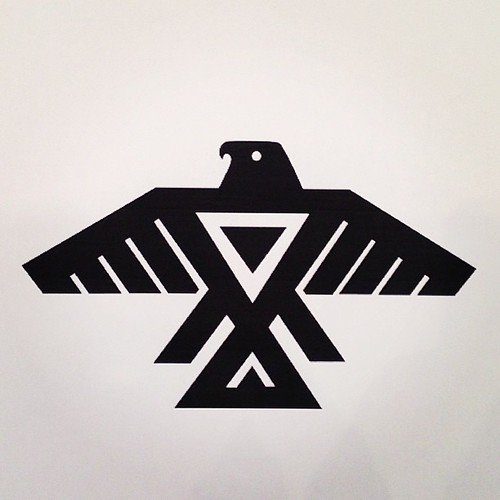 “Symbol of the Anishinaabe People” by sturgill is licensed under CC BY-NC-SA 2.0

In the book, some of the characters are more connected to their culture than others, however Anishinaabe culture permeates their modern community in the way they conduct community meetings, show respect for Elders, and in their connection to the land.

“Boozhoo, mino shkwaa naagweg kina wiya,” he began. “Good afternoon, everybody. Chi-miigwech for coming down here today. As you all know, we’ve been having some problems with power and satellite connections, so we’re here to give you an update. First though, I’d like to call up our elder Aileen to start this meeting with a smudge and a prayer.” (page 51)

But people like Aileen, her parents, and a few others had kept the old ways alive in secret. They whispered the stories and the language in each other’s ears, even when they were stolen from their families to endure forced and often violent assimilation at the church-run residential schools far away from their homes.  They had held out hope that one day their beautiful ways would be able to re-emerge and flourish once again. (page 53)

The grey haze of the sage smoke hovered over the boardroom. The medicine continued to burn in the abalone shell on another table in the corner, pumping the healing aroma into the air. (page 77)

Unreserved is a radio program for Indigenous community, culture, and conversation.

Tuesday Teachings from CBC’s Unreserved are short videos that share the knowledge of Indigenous communities.

Bannock is a food that is mentioned in the novel.

History of Bannock on CBC’s Unreserved

Smudging is described in the novel (page 52).  To learn about this ceremony, watch Julie Pidgeon share about smudging.

The title of the book references one of the thirteen moons of the year (moon of the crusted snow). Based on location and culture, different communities have different teachings for the moons.

This video describes the thirteen moons in Anishinaabemowin.

OER Our Stories from Centennial College includes a section on the thirteen grandmother moons. You’ll notice some of the moons are different from the video above.