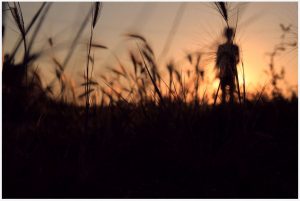 The concept of family in the novel extends beyond one’s immediate family members, to include community and relations with other-than-human-beings.

Waubgeshig Rice: There are shreds of promise in what’s smouldering. Interview by Will Johnson

“We hear and see a lot of sensational stories in the mainstream media about Indigenous people living in communities across the country, and we rarely get a glimpse of those everyday experiences of maintaining a healthy family and surroundings. On the spectrum of contemporary Indigenous experiences, most Canadians are only exposed to extreme opposite ends. They either see Indigenous people as victims or tragic figures, or as exceptional triumphs who’ve overcome all odds (whatever that means). We rarely see the everyday people who make communities flourish. So in a crisis like in this book, Evan (or my real life friends and family back home) would be better suited to pull everyone through.”

… more rabbits would be snared through the winter. It was more than enough for his family of four, but he planned to give a lot of the meat away. It was the community way. He would share with his parents, his siblings and their families, and his inlaws, and would save some for others who might run out before winter’s end… (page 6)

He sat down and generously poured rye into the plastic cup in front of him, adding ice and ginger ale. Nicole mixed rum and Coke. Like many people in the community who still drank, they didn’t talk about it. It was easier to ignore all the sadness and despair that had come to their families because of alcohol if they just pushed it out of their minds. (pages 44-45)

To conserve precious resources, the families did most things together, rotating the hosting responsibilities. The idea was to save on firewood and food by living more communally. (page 171)

video, Last Call Indian, is based on the life of Sonia Bonspille Boileau. She shares about the intersection of family, identity, community, and colonialism. Please be aware, based on language in the Indian Act, this film uses the word Indian.

1. Evan interacts with his father, Dan, tanning a hide on page 21 and we meet Evan’s brother on page 33. How, and why, might these relationships be different?

2. How do you describe Evan’s relationship with his parents, wife, and children? How does his Anishinaabe identity and community shape this relationship?