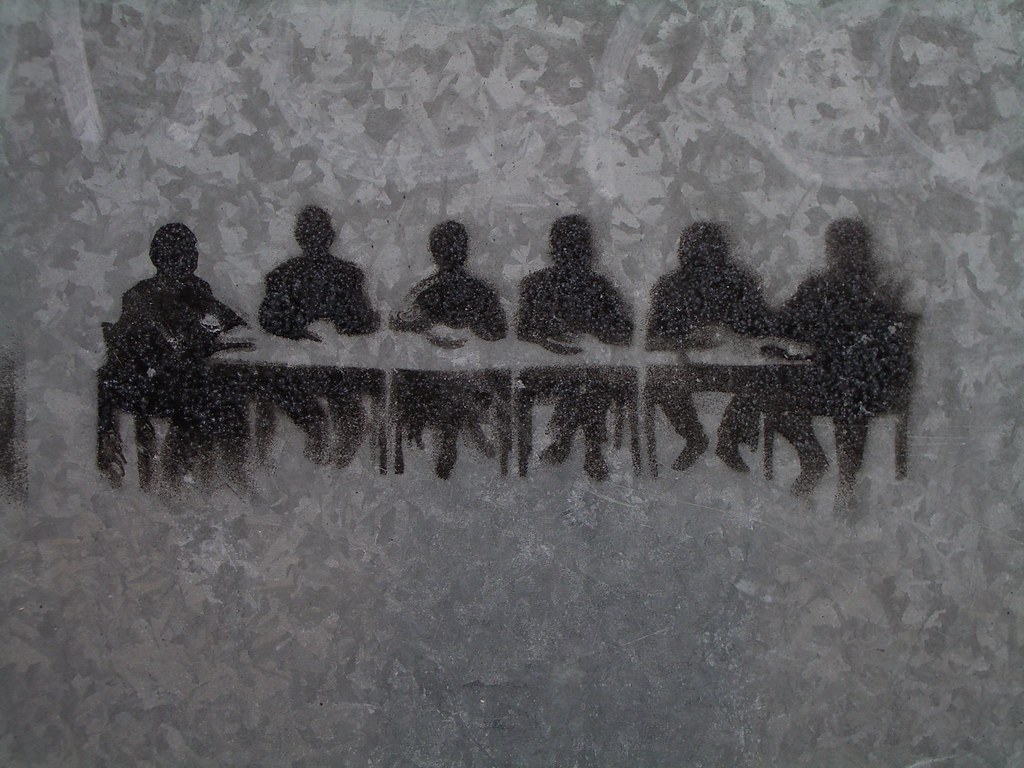 “Meeting room stencil graffiti” by clagnut is licensed under CC BY 2.0

The Chief and Band Council of the First Nation community in the novel play a large role in the way the community manages the blackout. Band Councils were imposed by the federal government through the Indian Act. Some communities today maintain a Band Council and traditional governance structure.

The band council and senior staff held their executive meetings here, and it was always where they hosted visiting dignitaries and potential business partners – a government official coming to tour the results of a funding announcement, or a corporation looking to invest in resource extraction. (pages 77-78 )

Connection to the world to the south could be disrupted easily, so the chief and council of the time had passed a resolution outlining a well-maintained and updated cache of goods that could keep upwards of five hundred people fed for at least two years. Few people besides councillors knew the extent of it or where it was stored, although its existence was generally known. (page 96)

The Band Council in the community where the book is set plays an important role in keeping the community organized. This link provides information about Bands and how they came to be.

What is a Band?

The Indian Act was first passed in 1876, consolidating pre-Confederation laws pertaining to “Indians.”

The Indian Act explained, Bob Joseph discusses his book 21 Things You May Not Know About the Indian Act: Helping Canadians Make Reconciliation with Indigenous Peoples a Reality.

I am Indigenous – videos of seven Indigenous community builders in Ontario.

The Pass System – This documentary looks at how policies put in place by the Indian Act gave powers to Indian agents to decide who could leave the reserve and for how long through a system of written permits.