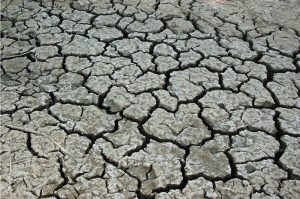 “Broken land” by jlaguna is licensed under CC BY-NC 2.0

Colonialism is a prevalent theme throughout the novel. The lasting impacts of colonial policies and practices by the state, such as land theft, displacement, loss of Indigenous languages, and residential schools, are felt by every member of the community where this story takes place. The community’s relationship with the South, including characters that arrive in the First Nation community from the South, represents the broader colonial legacy in Canada.

Colonialism is a global phenomenon, but the impacts are not homogenous. In what is currently called Canada, Indigenous peoples, including First Nations, Métis, and Inuit, have been impacted by colonialism in all aspects of life. Therefore, the theme of colonialism has broad curriculum connections, not limited to the following: History, Literature Studies, Indigenous Studies, Law Studies, Sociology, and Anthropology.

When Things Start to Fall Apart: Andrew Wilmot in Conversation with Waubgeshig Rice

“I wanted to portray Evan as a rez “everyman” who embodies the paradox of modern Indigenous life, like many of us who grew up in a First Nation do. Within just a couple of generations, culture and language are scrubbed from his community due to the brutal impacts of colonialism. Even though he didn’t endure the violence of residential schools himself, because his grandparents did, very little of his Anishinaabe identity was passed down to him. It’s the common intergenerational trauma of these terrible assimilative measures. Fortunately, he still has links to the old ways, and they become clearer and more important during this crisis. But basically, I wanted to convey that there are a lot of people like Evan, wanting to learn about being Anishinaabe but finding it hard to connect with those old ways even though they live immersed in an Indigenous community.”

Waubgeshig Rice: There are shreds of promise in what’s smouldering. Interview by Will Johnson

“I think the truths about this country’s history are still emerging, and until there’s a more complete picture of the impact the formation of Canada continues to have on Indigenous people, reconciliation won’t happen. I’m not even totally sure what reconciliation means in the sense of a way forward, anyway. It means different things to different people. The residential school saga only really became common knowledge within the last decade. And even now there are people who deny its violent and merciless legacy. It’s frustrating to see those ignorant ideas and perspectives come to light.

And there are many more moments in recent history that aren’t understood by everyday Canadians. The Sixties Scoop only really made mainstream news in the last five or six years or so. Non-Indigenous people aren’t aware of treaty history and how those agreements predate Canadian confederation. There’s little awareness of the diversity of the cultures and languages of Indigenous nations on this land. The list goes on. Part of the design of settler colonialism that created this country was to keep people in the dark about all of these things.”

It was supposed to be a dry community. Alcohol had been banished by the band council nearly two decades ago after a snarl of tragedies. Young people had been committing suicide at horrifying rates in the years leading up to the ban, most abetted by alcohol or drugs or gas or other solvents. And for decades despairing men had gotten drunk and beaten their partners and children, feeding a cycle of abuse that continued when those kids grew up. It became so normal that everyone forgot about the root of this turmoil: their forced displacement from their homelands and the violent erasure of their culture, language and ceremonies. (page 44)

Somehow Evan had known that the cigarettes and free-flowing booze would lead back to Scott. Scott hadn’t been in the community long, but rumour had it that he was the man to go to if you’d run out of smokes or alcohol. He had somehow concealed a decent supply of vices in those hard cases he towed from the South. (page 131)

Our world isn’t ending. It already ended. It ended when the Zhaagnaash came into our original home down south on that bay and took it from us.  That was our world. When the Zhaagnaash cut down all the trees and fished all the fish and forced us out of there, that’s when our world ended. They made us come all the way up here.  This is not our homeland! But we had to adapt and luckily we already knew how to hunt and live on the land. We learned to live here. (page 149)

This short video provides a guide to appropriate language when referring to Indigenous Peoples in Canada.

First Contact follows six non-Indigenous Canadians with stereotypical views about Indigenous peoples. The group travels across Canada over 28 days to learn the truths of Indigenous experience in colonial Canada. The show has also faced some

1. In what ways is Justin Scott a metaphor for colonizers and colonization?

2. Do you agree with Aileen when she says to Evan that their community has already experienced the apocalypse (page 149)? Justify your answer.