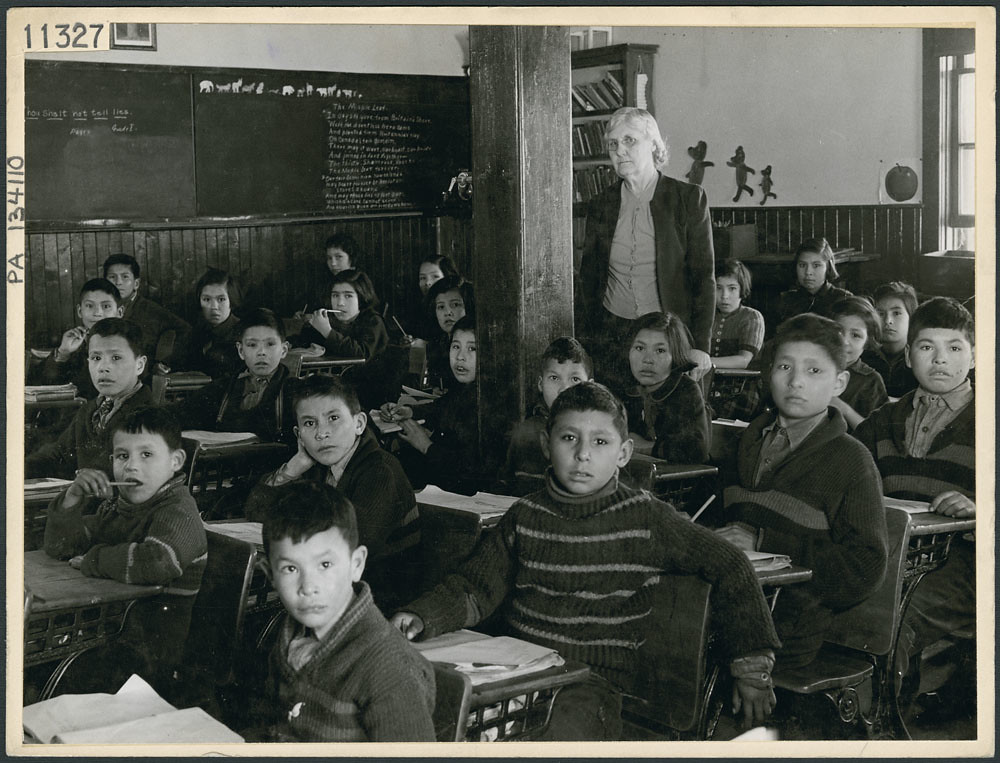 Residential schools existed in Canada for over 150 years, preceded by other types of colonial institutions which attempted to extinguish Indigenous languages, cultures, and ways of being. Schools existed across the country, with children as young as five years old being removed from their family and community, to attend school for months, and sometimes years, at a time. These schools were mired by emotional, physical, sexual, and spiritual abuse, with many not surviving, as well as poor educational outcomes. The Truth and Reconciliation Commission of Canada completed extensive research and engagement with Indigenous communities to document this significant part of Canada’s history and published its final report in 2015.

(3:02) “There’s a healing process that is ongoing and I think that is prevalent in a lot of First Nations in Canada today. They are at some point in that healing journey. Some people are reclaiming the language, the culture, the traditions, hunting, fishing and aspects like that but they aren’t quite there.”

It had become protocol to open any community event or council meeting with a smudge. This protocol had once been forbidden, outlawed by the government and shunned by the church. When the ancestors of these Anishinaabe people were forced to settle in this unfamiliar land, distant from their traditional home near the Great Lakes, their culture withered under the pressure of the incomers’ Christianity. The white authorities displaced them far to the north to make way for towns and cities.

But people like Aileen, her parents, and a few others had kept the old ways alive in secret. They whispered the stories and the language in each other’s ears, even when they were stolen from their families to endure forced and often violent assimilation at the church-run residential schools far away from their homes.  They had held out hope that one day their beautiful ways would be able to re-emerge and flourish once again. (page 53)

In this video, you can learn from Julie Pigeon, Turtle Clan, about smudging.

To learn about the history of residential schools please see the following websites:

National Centre for Truth and Reconciliation

Where are the Children? Resource

This OER shares about the

Shingwauk Residential School in what is called Sault Ste. Marie.

Four Faces of the Moon is a stop-motion animation documentary by Amanda Strong. The documentary focuses on the impact colonization had on her family. The film is narrated in French.

What is Reconciliation? From Facing History & Ourselves.