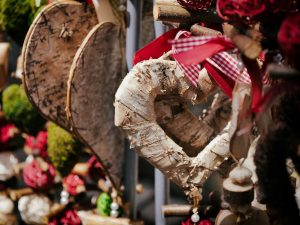 “birch bark heart” by targut is licensed under CC BY 2.0

Waubgeshig Rice on Moon of the Crusted Snow

(11:03) “I think it’s important to really highlight the elder women in our communities who have really held things together despite all these other things that have happened.”

(35:27) “… Justin Scott, he embodies that toxic masculinity that is inherent in settler colonialism to begin with because he is very much an allegory for settling the land, overtaking it and exploiting it. At the core of that is the spirit of trying to conquer things and take things over, manipulate them … that’s the essence of toxic masculinity.”

(36:02) “On the other hand Evan, I think what I was trying to get at with him and his family is that there are healthy, functional families on reserves and these are the stories that we aren’t hearing enough of in the mainstream … and by and large, modeled after my own family. I grew up in a healthy and safe environment. That was also an antidote to toxic masculinity at the same time. The women in both my families, my father’s and mother’s, were by and large the leaders … that was normal and I don’t think we see it enough in art, in culture and the mainstream media.”

(38:38) “He’s young (referring to Evan), he’s in his early to mid-twenties, so he still has a lot to learn and I think I didn’t want to portray him as the hero because even though he does have an instrumental role in keeping order and keeping everyone fed, there’s this whole network of people behind him who are doing a lot of the heavy lifting too. He’s just a product of that, a product of a good sense of community and of people who are trying to do the right thing, look out for each other in the face of catastrophe.”

The boy was eager to join his father on his first hunt but that was still a few years away. Evan first went on an actual hunt with his own father when he was nine, after spending years learning about the land.  He had shot his first buck that fall.  They didn’t offer tobacco when they killed animals to eat back then – Evan only learned about that ceremony years earlier, when an elder took it upon herself to teach him and some of the other young people the old ways. (page 14)

Evan thought of Nicole at home, trying to prepare herself for the skills they would need if the power was gone for good while struggling to keep the children occupied. (page 147)

Conversation between Aileen and Evan
“What about your bazgim?”

“Oh, she’s tired, but she’s getting by. She really appreciates all the things you are teaching her about the old medicine ways, but she still gets stuck at home a lot with the kids while I’m out here doing stuff.”

“Well, you should make sure you spend more time with her. Go for a walk in the bush. When the spring comes, ask her to show you some of the medicines. She’ll know a lot now, if she remembers all the stuff from when I used to take her and all the young girls out there. It will be important if we don’t get any new supplies in from the hospital down south.” (page 147)

This CBC short doc, Wiigwaasabak: The Tree of Life, from Ryan McMahon shares about the relationship between art, community, culture, and family from the perspective of several Anishinaabe kwe in northern Ontario.

Zaasaakwe showcases the strong familial and social ties found within the community.

This video segment from

Indigenous Concepts of Gender, a module within the massive open online course “Indigenous Canada” available from University of Alberta on Coursera, shares about Indigenous traditions and the impacts of colonialism.

Gunn, B. L. (2017). Will the gendered aspects of Canada’s colonial project be addressed? Centre for International Governance Innovation. Retrieved from https://www.cigionline.org/articles/will-gendered-aspects-canadas-colonial-project-be-addressed.

Ribbon skirts, created and worn by Indigenous women, are symbols of resilience and sacredness. In this video Myra Laramee explains the teachings and history of ribbon skirts.

2. Did the families portrayed in the novel seem different from what you expected a First Nation family might be like? If yes, what were those differences?

3. “The colonial process in Canada impacted Indigenous men and women differently” (Gunn, 2017, para. 10). Using examples from the novel, explain what you think the above statement means.