People and their relationships to dominant and subordinate roles are a reflection of culture and cultural viewpoint. They are communicated through experience and create expectations for how and when managers interact with employees. The three most commonly discussed management theories are often called X, Y, and Z. As seen in Figure 10.2 below, the three theories and their influence on intercultural communication will be described. 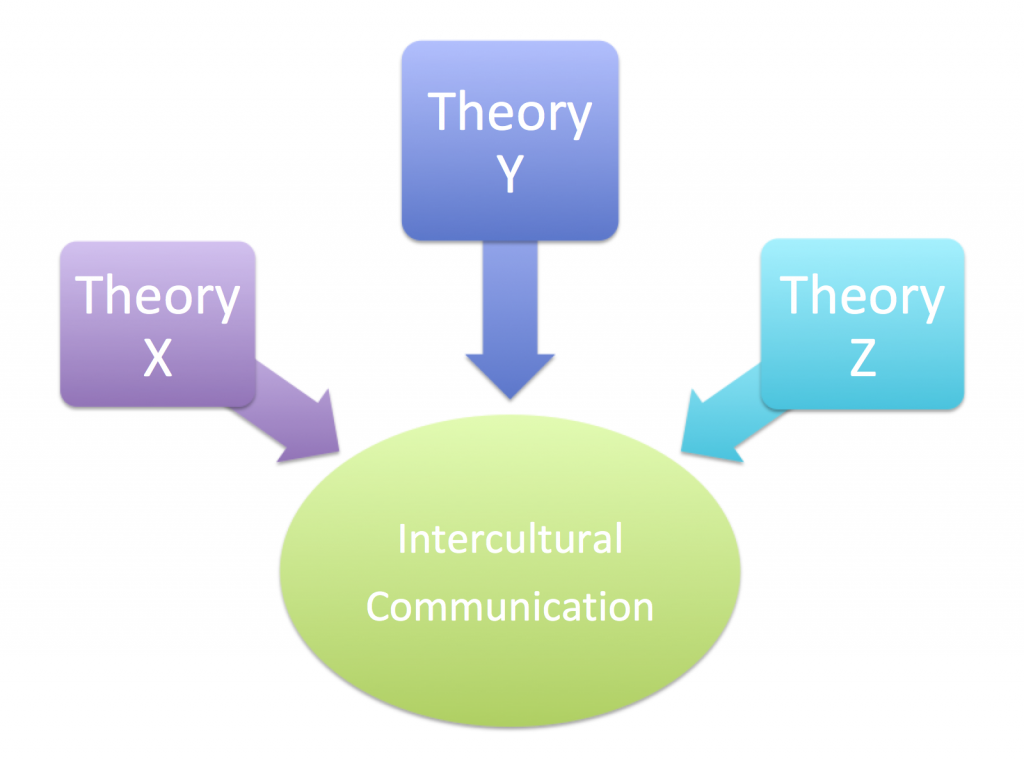 In an influential book titled The Human Side of Enterprise, M. I. T. management professor Douglas McGregor described two contrasting perceptions on how and why people work, formulating Theory X and Theory Y; they are both based on Maslow’s hierarchy of needs (Maslow, A., 1954; Maslow, A., 1970). According to this model, people are concerned first with physical needs (e.g., food, shelter) and second with safety. At the third level, people seek love, acceptance, and intimacy. Self-esteem, achievement, and respect are the fourth level. Finally, the fifth level embodies self-actualization.

Theory X asserts that workers are motivated by their basic (low-level) needs and have a general disposition against labour. In this viewpoint, workers are considered lazy and predicted to avoid work if they can, giving rise to the perceived need for constant, direct supervision.

A Theory X manager may be described as authoritarian or autocratic, and does not seek input or feedback from employees. He or she may use control and incentive programs to provide punishment and reward.

In Theory Y employees are described as ambitious, self-directed, and capable of self-motivation.

A Theory Y manager determines that a job well done is reward in and of itself, and the employee may be a valuable source of feedback. Collaboration is viewed as normal, and the worker may need little supervision.

Theory Z takes the view that workers are seen as having a high need for reinforcement, where belonging is emphasized.

Each of these theories of management features a viewpoint with assumptions about people and why they do what they do. While each has been the subject of debate, and variations on each have been introduced across organizational communication and business, they serve as a foundation for understanding management in an intercultural context.

Management Theories X, Y, and Z are examples of distinct and divergent views on worker motivation, need for supervision, and the possibility of collaboration.