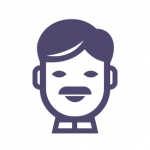 The State of Digital Literacy in Canada (2017). The Brookfield Institute report http://brookfieldinstitute.ca/wp-content/uploads/2017/04/BrookfieldInstitute_State-of-Digital-Literacy-in-Canada_LiteratureReview.pdf

Analog media – created by encoding information onto a physical object that must then be paired with another device capable of reading that specific code.
Co-creation –  this is the highest level on the matrix, in which users are earning, sharing, advocating, socialising and co-developing.
Co-Destruction – users will create new negative content with the aim of diminishing the reputation, trust or value of a person/brand/platform.
Consumption – this is a passive form on engagement, where users are reading and watching, primarily using social media as a source of information.
Crowdsourcing – refers to the idea stage of development where people from various perspectives and positions offer proposals or information to solve a problem or create something new.
Detachment – detached users have actively disengaged with a social media platform, person or brand. They will “unlike” or adjust settings so they do not see information or content.
Digital media – composed of and/or are designed to read numerical codes (hence the root word digit).
Digital footprint – how you are represented on the internet. May include images and a variety of social media networks if you participate in them.
Dormancy – these users may have previously been engaged online, but may occasionally be described as ‘lurkers’. They make no contributions nor do they engage online.
Negative contribution – users will make negative active comments to try and influence others to change their feelings or opinions about a brand, subject, person or platform.
Positive contribution – users are engaging with content and others, but not necessarily adding content.
Social networking sites (SNSs) – allow users to build a public or semipublic profile, create a network of connections to other people, and view other people’s profiles and networks of connections.
Technological convergence – the digitalization of traditional media that allows them to circulate freely and be read/accessed/played by many digital media platforms without the need for conversion.

Brabham, D. C. (2008). Crowdsourcing as a model for problem solving: An introduction and cases. Convergence: The International Journal of Research into New Media Technologies, 14(1), 76.

Richardson, K., & Hessey, S. (2009). Archiving the self?: Facebook as biography of social and relational memory. Journal of Information, Communication, and Ethics in Society, 7(1), 29.

Statista. (2018). Most popular social networks worldwide as of April 2018, ranked by number of active users (in millions). Retrieved from https://www.statista.com/statistics/272014/global-social-networks-ranked-by-number-of-users/

Content in this chapter was adapted from Communication in the Real World: An Introduction to Communication Studies by a publisher who has requested that they and the original author not receive attribution. It was originally released and is used under CC BY-NC-SA. The original work and this adaptation unless otherwise expressly stated, are licensed under a Creative Commons Attribution-NonCommercial-ShareAlike 4.0 International License.

Additional content was added from Understanding Media and Culture: An Introduction to Mass Communication by a publisher who has requested that they and the original author not receive attribution, which was originally released and is used under CC BY-NC-SA. This work, unless otherwise expressly stated, is licensed under a Creative Commons Attribution-NonCommercial-ShareAlike 4.0 International License.