We are not created equal. Cultures reflect this inequality, this diversity, and the divergent range of values, symbols, and meanings across communities. People have viewpoints, and they are shaped by their interactions with communities. Let’s examine several points of divergence across cultures. 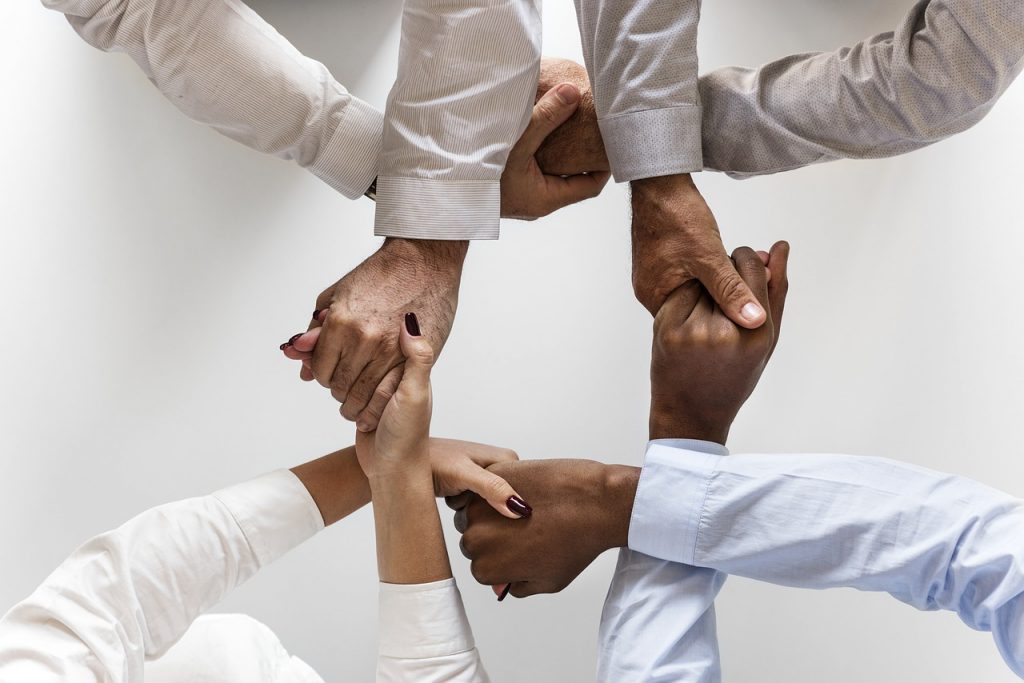 The Dutch researcher Geert Hofstede explored the concepts of individualism and collectivism across diverse cultures (Hofstede, 2005). He found that in individualistic cultures like the United States and Canada, people value individual freedom and personal independence, and perceive their world primarily from their own viewpoint. They perceive themselves as empowered individuals, capable of making their own decisions, and able to make an impact on their own lives.

Cultural viewpoint is not an either/or dichotomy, but rather a continuum or range. You may belong to some communities that express individualistic cultural values, while others place the focus on a collective viewpoint. Collectivist cultures (Hofstede, 1982), including many in Asia and South America, focus on the needs of the nation, community, family, or group of workers. Ownership and private property is one way to examine this difference. In some cultures, property is almost exclusively private, while others tend toward community ownership. The collectively owned resource returns benefits to the community. Water, for example, has long been viewed as a community resource, much like air, but that has been changing as business and organizations have purchased water rights and gained control over resources. How does someone raised in a culture that emphasizes the community interact with someone raised in a primarily individualistic culture? How could tensions be expressed and how might interactions be influenced by this point of divergence? In the following sections these viewpoints will be examined.

Do you know the rules of your business or organization? Did you learn them from an employee manual or by observing the conduct of others? Your response may include both options, but not all cultures communicate rules in the same way. In an explicit-rule culture, where rules are clearly communicated so that everyone is aware of them, the guidelines and agenda for a meeting are announced prior to the gathering. In an implicit-rule culture, where rules are often understood and communicated nonverbally, there may be no agenda. Everyone knows why they are gathered and what role each member plays, even though the expectations may not be clearly stated. Power, status, and behavioural expectations may all be understood, and to the person from outside this culture, it may prove a challenge to understand the rules of the context.

Outsiders often communicate their “otherness” by not knowing where to stand, when to sit, or how to initiate a conversation if the rules are not clearly stated. While it may help to know that implicit-rule cultures are often more tolerant of deviation from the understood rules, the newcomer will be wise to learn by observing quietly—and to do as much research ahead of the event as possible.

When people meet each other for the first time, they often use what they have previously learned to understand their current context. People also do this to reduce uncertainty. Some cultures, such as the United States and Britain, are highly tolerant of uncertainty, while others go to great lengths to reduce the element of surprise. Cultures in the Arab world, for example, are high in uncertainty avoidance; they tend to be resistant to change and reluctant to take risks. Whereas a U.S. business negotiator might enthusiastically agree to try a new procedure, the Egyptian counterpart would likely refuse to get involved until all the details are worked out.

1. There is a high level of uncertainty at first. As we get to know one another, our verbal communication increases and our uncertainty begins to decrease.

4. When experiencing high levels of uncertainty, the communication interaction is not as personal or intimate. As uncertainty is reduced, intimacy increases.

5. When experiencing high levels of uncertainty, communication will feature more reciprocity, or displays of respect. As uncertainty decreases, reciprocity may diminish.

6. Differences between people increase uncertainty, while similarities decrease it.

Edward T. Hall and Mildred Reed Hall (1987) state that monochronic time-oriented cultures consider one thing at a time, whereas polychronic time-oriented cultures schedule many things at one time, and time is considered in a more fluid sense. In monochromatic time, interruptions are to be avoided, and everything has its own specific time. Even the multitasker from a monochromatic culture will, for example, recognize the value of work first before play or personal time. Canada, Germany, and Switzerland are often noted as countries that value a monochromatic time orientation.

Polychromatic time looks a little more complicated, with business and family mixing with dinner and dancing. Greece, Italy, Chile, and Saudi Arabia are countries where one can observe this perception of time; business meetings may be scheduled at a fixed time, but when they actually begin may be another story. Also note that the dinner invitation for 8 p.m. may in reality be more like 9 p.m. If you were to show up on time, you might be the first person to arrive and find that the hosts are not quite ready to receive you.

When in doubt, always ask before the event; many people from polychromatic cultures will be used to foreigner’s tendency to be punctual, even compulsive, about respecting established times for events. The skilled business communicator is aware of this difference and takes steps to anticipate it. The value of time in different cultures is expressed in many ways, and your understanding can help you communicate more effectively. 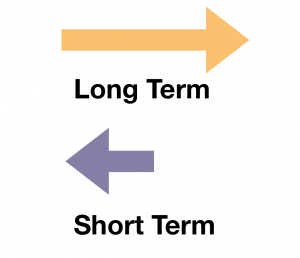 Do you want your reward right now or can you dedicate yourself to a long-term goal? You may work in a culture whose people value immediate results and grow impatient when those results do not materialize. Geert Hofstede discusses this relationship of time orientation to a culture as a “time horizon,” and it underscores the perspective of the individual within a cultural context. Many countries in Asia, influenced by the teachings of Confucius, value a long-term orientation, whereas other countries, including Canada, have a more short-term approach to life and results. Indigenous peoples are known for holding a long-term orientation driven by values of deep, long-term reflection and community consultation.

If you work within a culture that has a short-term orientation, you may need to place greater emphasis on reciprocation of greetings, gifts, and rewards. For example, if you send a thank-you note the morning after being treated to a business dinner, your host will appreciate your promptness. While there may be a respect for tradition, there is also an emphasis on personal representation and honour, a reflection of identity and integrity. Personal stability and consistency are also valued in a short-term oriented culture, contributing to an overall sense of predictability and familiarity.

Long-term orientation is often marked by persistence, thrift and frugality, and an order to relationships based on age and status. A sense of shame for the family and community is also observed across generations. What an individual does reflects on the family and is carried by immediate and extended family members.

Hofstede (2009) describes the masculine-feminine dichotomy not in terms of whether men or women hold the power in a given culture, but rather the extent to which that culture values certain traits that may be considered masculine or feminine. Thus, “the assertive pole has been called ‘masculine’ and the modest, caring pole ‘feminine.’ The women in feminine countries have the same modest, caring values as the men; in the masculine countries they are somewhat assertive and competitive, but not as much as the men, so that these countries show a gap between men’s values and women’s values” (Hofstede, 2009).

You can observe this difference in where people gather, how they interact, and how they dress. You can see it during business negotiations, where it may make an important difference in the success of the organizations involved. Cultural expectations precede the interaction, so someone who doesn’t match those expectations may experience tension. Business in Canada still has a masculine orientation—assertiveness and competition are highly valued. In other cultures, such as Sweden, business values are more attuned to modesty (lack of self-promotion) and taking care of society’s underserved members. This range of difference is one aspect of intercultural communication that requires significant attention when the business communicator enters a new environment.

Read the following web article: A Balance of Both Masculine and Feminine Strengths: The Bottom-Line Benefit

In Canada, business correspondence is expected to be short and to the point. “What can I do for you?” is a common question when a business person receives a call from a stranger; it is an accepted way of asking the caller to state his or her business. In some cultures it is quite appropriate to make direct personal observation, such as “You’ve changed your hairstyle,” while for others it may be observed, but never spoken of in polite company. In indirect cultures, such as those in Latin America, business conversations may start with discussions of the weather, or family, or topics other than business as the partners gain a sense of each other, long before the topic of business is raised. Again, the skilled business communicator researches the new environment before entering it, as a social faux pas, or error, can have a significant impact.

Members of a materialistic culture place emphasis on external goods and services as a representation of self, power, and social rank. If you consider the plate of food before you, and consider the labour required to harvest the grain, butcher the animal, and cook the meal, you are focusing more on the relationships involved with its production than the foods themselves. Caviar may be a luxury, and it may communicate your ability to acquire and offer a delicacy, but it also represents an effort. Cultures differ in how they view material objects and their relationship to them, and some value people and relationships more than the objects themselves. The United States and Japan are often noted as materialistic cultures, while many Scandinavian nations feature cultures that place more emphasis on relationships.

In low-power distance cultures, according to Hofstede (2009), people relate to one another more as equals and less as a reflection of dominant or subordinate roles, regardless of their actual formal roles as employee and manager, for example. In a high-power distance culture, you would probably be much less likely to challenge the decision, to provide an alternative, or to give input. If you are working with people from a high-power distance culture, you may need to take extra care to elicit feedback and involve them in the discussion because their cultural framework may preclude their participation. They may have learned that less powerful people must accept decisions without comment, even if they have a concern or know there is a significant problem. Unless you are sensitive to cultural orientation and power distance, you may lose valuable information.

Read the following Harvard Business Review article: Research: The Biggest Culture Gaps Are Within Countries, Not Between Them

To summarize, cultures have distinct orientations when it comes to rules, uncertainty, time and time horizon, masculinity, directness, materialism, and power distance.