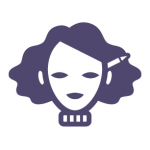 Returning to Abe’s desire to learn more about informal conversation with colleagues in a Canadian context, what have you learned about language and communication that might help you be a good support for Abe’s learning?

Harvard psychology professor Steven Pinker is one of today’s most innovative authorities on language. Explore reviews of books about language Pinker has published. http://stevenpinker.com/taxonomy/term/4265

The “I Have a Dream” speech by Martin Luther King Jr. is one of the most famous speeches of all time. View it on video and read the text. http://www.americanrhetoric.com/speeches/mlkihaveadream.htm

Visit Goodreads and learn about one of the most widely used style manuals, The Chicago Manual of Style. http://www.goodreads.com/book/show/103362.The_Chicago_Manual_of_Style

All images used in this chapter (unless otherwise indicated) are licensed CC 0 from Pixabay.com

Odgen, C., & Richards, I. (1932). The meaning of meaning: A study of the influence of language upon thought and of the science of symbolism. New York, NY: Harcourt Brace World.