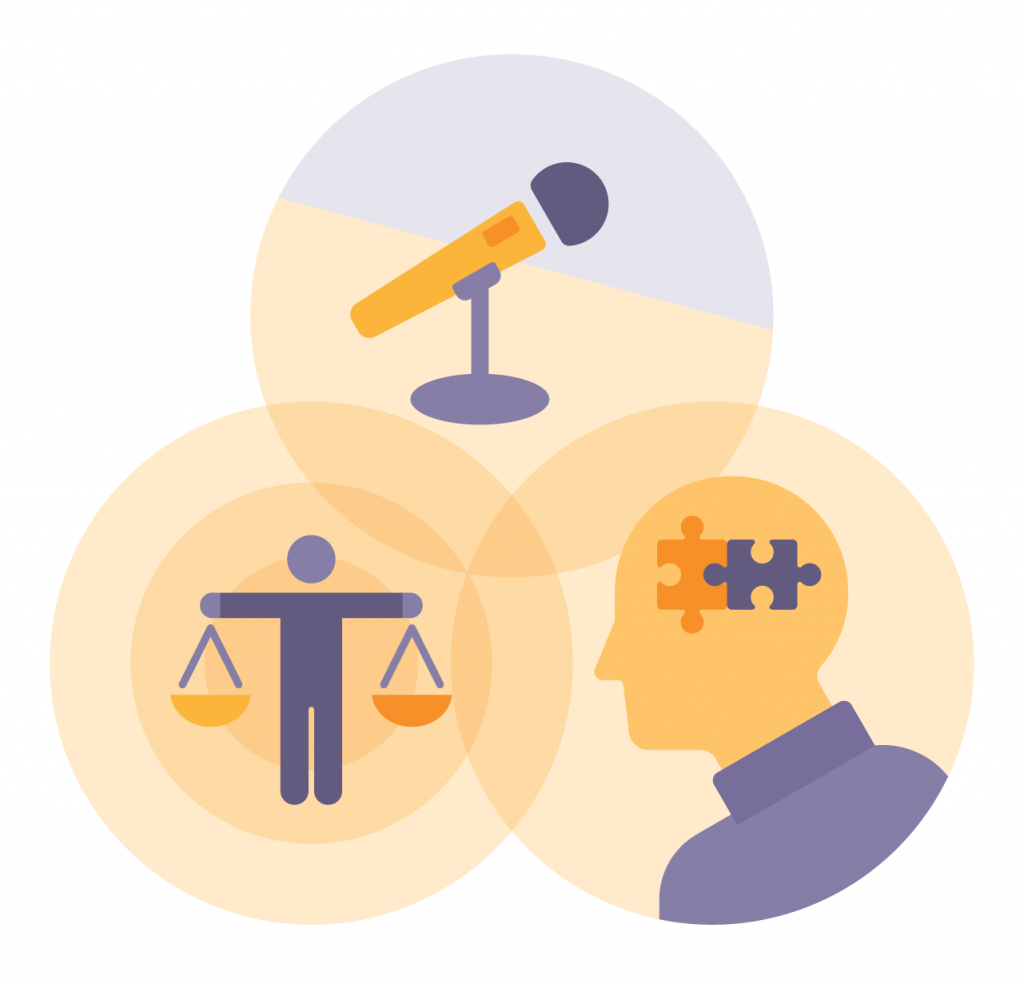 What comes to mind when you think of speaking to persuade? Perhaps the idea of persuasion may bring to mind propaganda and issues of manipulation, deception, intentional bias, bribery, and even coercion. Each element relates to persuasion, but in distinct ways. We can recognize that each of these elements in some ways has a negative connotation associated with it. Why do you think that deceiving your audience, bribing a judge, or coercing people to do something against their wishes is wrong? These tactics violate our sense of fairness, freedom, and ethics.

Manipulation involves the management of facts, ideas or points of view to play upon inherent insecurities or emotional appeals to one’s own advantage. Your audience expects you to treat them with respect, and deliberately manipulating them by means of fear, guilt, duty, or a relationship is unethical.

In the same way, deception involves the use of lies, partial truths, or the omission of relevant information to deceive your audience. No one likes to be lied to, or made to believe something that is not true. Deception can involve intentional bias, or the selection of information to support your position while framing negatively any information that might challenge your belief.

Bribery involves the giving of something in return for an expected favour, consideration, or privilege. It circumvents the normal protocol for personal gain, and again is a strategy that misleads your audience.

Coercion is the use of power to compel action. You make someone do something they would not choose to do freely. While you may raise the issue that the ends justify the means, and you are “doing it for the audience’s own good,” recognize the unethical nature of coercion.

In his book Ethics in Human Communication Johannesen (1996) offers eleven points to consider when speaking to persuade. His main points reiterate many of the points across this chapter and should be kept in mind as you prepare, and present, your persuasive message.

In your speech to persuade, consider honesty and integrity as you assemble your arguments. Your audience will appreciate your thoughtful consideration of more than one view, your understanding of the complexity, and you will build your ethos, or credibility, as you present your document. Be careful not to stretch the facts, or assemble them only to prove yourself, and instead prove the argument on its own merits. Deception, coercion, intentional bias, manipulation and bribery should have no place in your speech to persuade.

Fallacies are another way of saying false logic. These tricks deceive your audience with their style, drama, or pattern, but add little to your speech in terms of substance and can actually detract from your effectiveness. In Table 8.2 below, eight classical fallacies are described. Learn to recognize these fallacies so they can’t be used against you, and so that you can avoid using them with your audience.

Avoid false logic and make a strong case or argument for your proposition. Finally, here is a five-step motivational checklist to keep in mind as you bring it all together:

1. Get their attention
2. Identify the need
3. Satisfy the need
4. Present a vision or solution
5. Take action

This simple organizational pattern can help you focus on the basic elements of a persuasive message when time is short and your performance is critical. Speaking to persuade should not involve manipulation, coercion, false logic, or other unethical techniques.