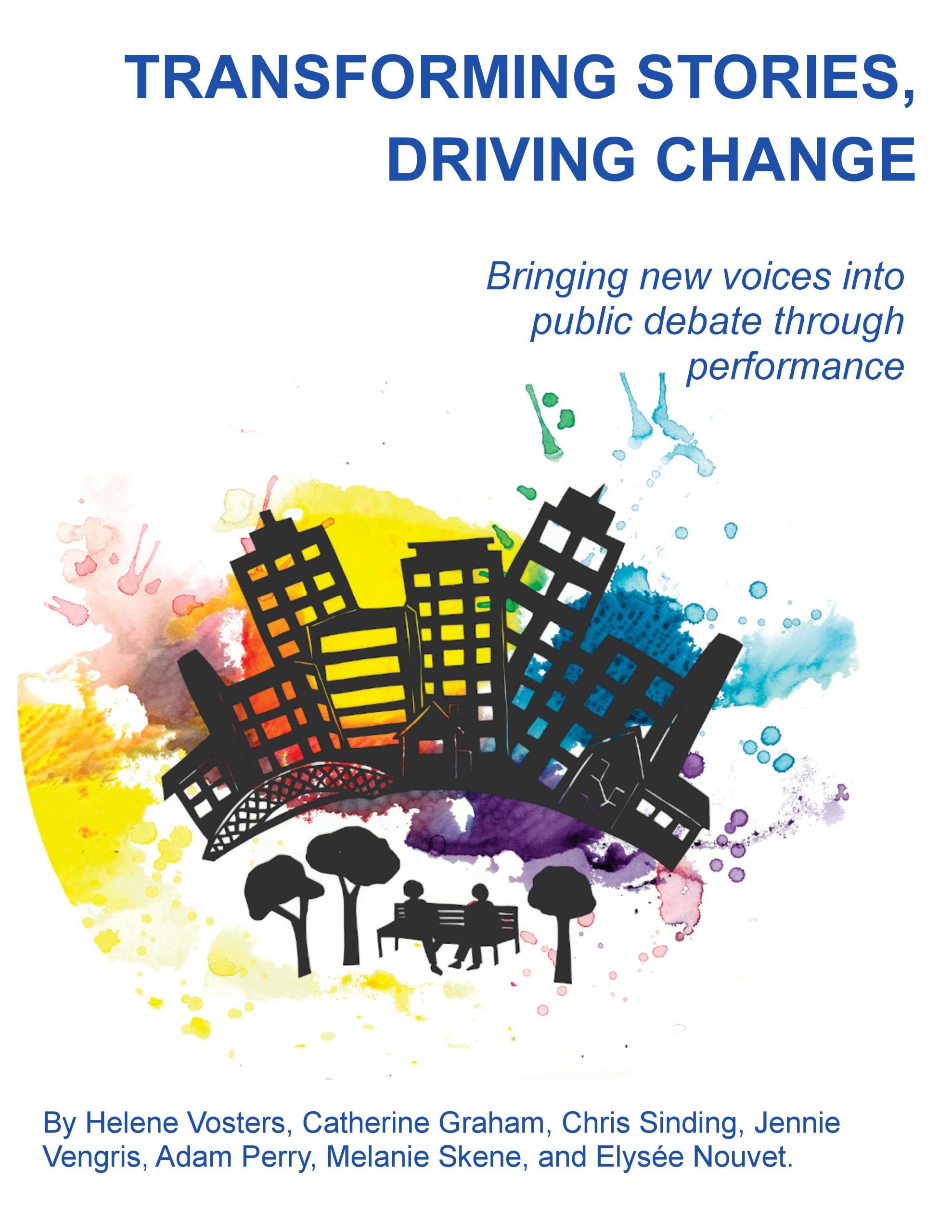 Book Description: A workbook for bringing new voices into public debate based on the performance creation approach developed by Transforming Stories, Driving Change.

Can theatre bring new voices into public debate? Facilitating theatre workshops with community members who experience social marginalization is an art that, when done well, feels more like magic. But even the best facilitators are not magicians. With this workbook we pull back the curtain on the magic by taking readers behind the scenes of the Hamilton-based research and performance initiative Transforming Stories, Driving Change (TSDC.) Since 2015, TSDC teams have worked alongside community partners and performer-advocates to make plays designed to draw attention to the voices and visions of people whose opinions are not often represented in discussions of the future of the City. Through our performances, we have tried to contribute to building the movements that can make public leaders more accountable to people who are affected by their decisions. Five years and four plays later, we offer this workbook as a practical guide to TSDC’s creative approach.