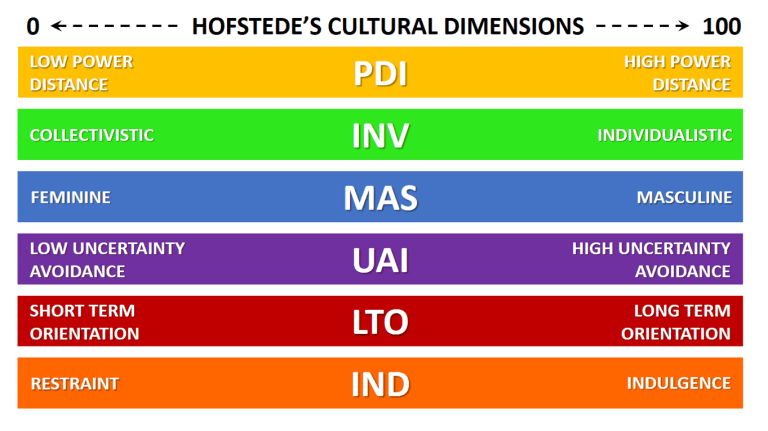 The findings are summarized into six world maps of the distribution of that dimension. Of course, in reality, there can be quite a bit of within-country variation; these maps should be seen as rough ‘climate maps’ of culture.[1]

For each dimension, we have included a brief ten-minute video in which Geert Hofstede explains that dimension. We have already covered the dimensions in lectures earlier. These videos are for your reference. You will see a visual of the corresponding map overlaid on the video. You can click on the map to see a larger version.

Thanks for reading further and checking out the Maps of the World! Now you can move on to Module 3.0 Unconscious Bias & Visioning by using the menu at the left or the navigation at the bottom of this page.