In Chapter 8, as we learned to draw tree diagrams to illustrate how sentences are represented in the human mind, we thought about Deep Structure as the place where meaning is assigned and calculated. For example, in a question sentence like, “What are the kids eating for lunch?”, we claim that the word what is related to the verb eating in the same way that eggs and eating are related in the declarative sentence, “The kids are eating eggs for lunch.” The relationship between eating/eggs and between eating/what arises at Deep Structure, where eggs and what are both in the complement of the verb. In our theory, a sentence’s meaning is correlated directly with the sentence’s syntax.

This idea is a core one in linguistics: the meaning of some combination or words (that is, of a compound, a phrase or a sentence) arises not just from the meanings of the words themselves, but also from the way those words are combined. This idea is known as compositionality: meaning is composed from word meanings plus morphosyntactic structures.

If structure gives rise to meaning, then it follows that different ways of combining words will lead to different meanings. When a word, phrase, or sentence has more than one meaning, it is ambiguous. The word ambiguous is another of those words that has a specific meaning in linguistics: it doesn’t just mean that a sentence’s meaning is vague or unclear. Ambiguous means that there are two or more distinct meanings available.

In some sentences, ambiguity arises from the possibility of more than one grammatical syntactic representation for the sentence. Think about this example:

Hilary saw the pirate with the telescope. 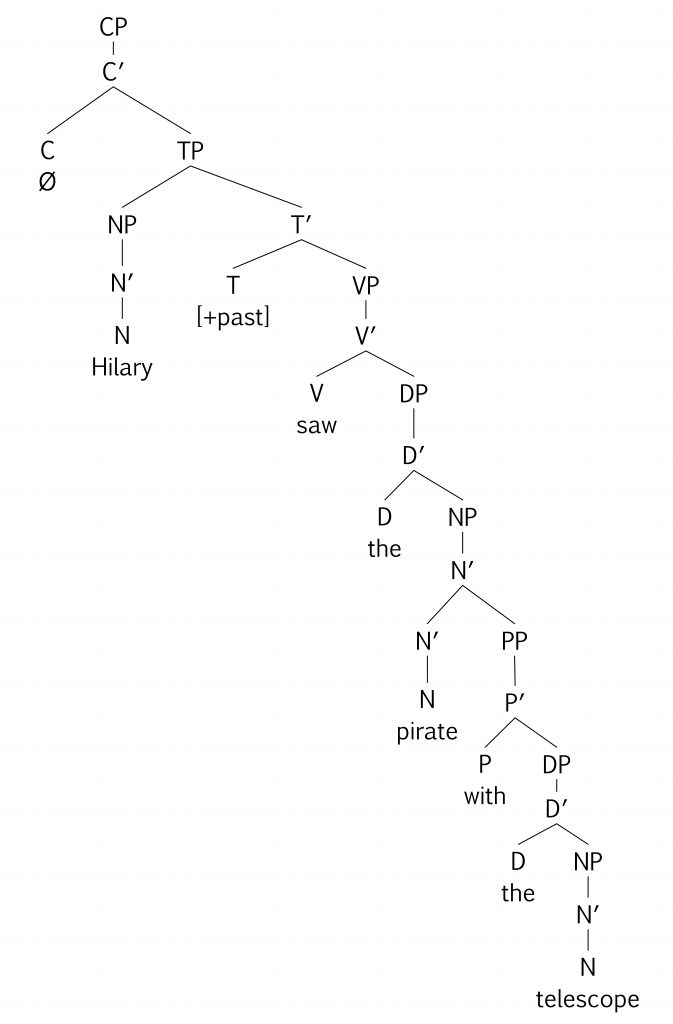 But if the PP is adjoined to the V-bar headed by saw, then the DP the pirate is its own constituent, and with the telescope gives information about how the pirate-seeing event happened. In this scenario, Hilary is using the telescope to see the pirate. 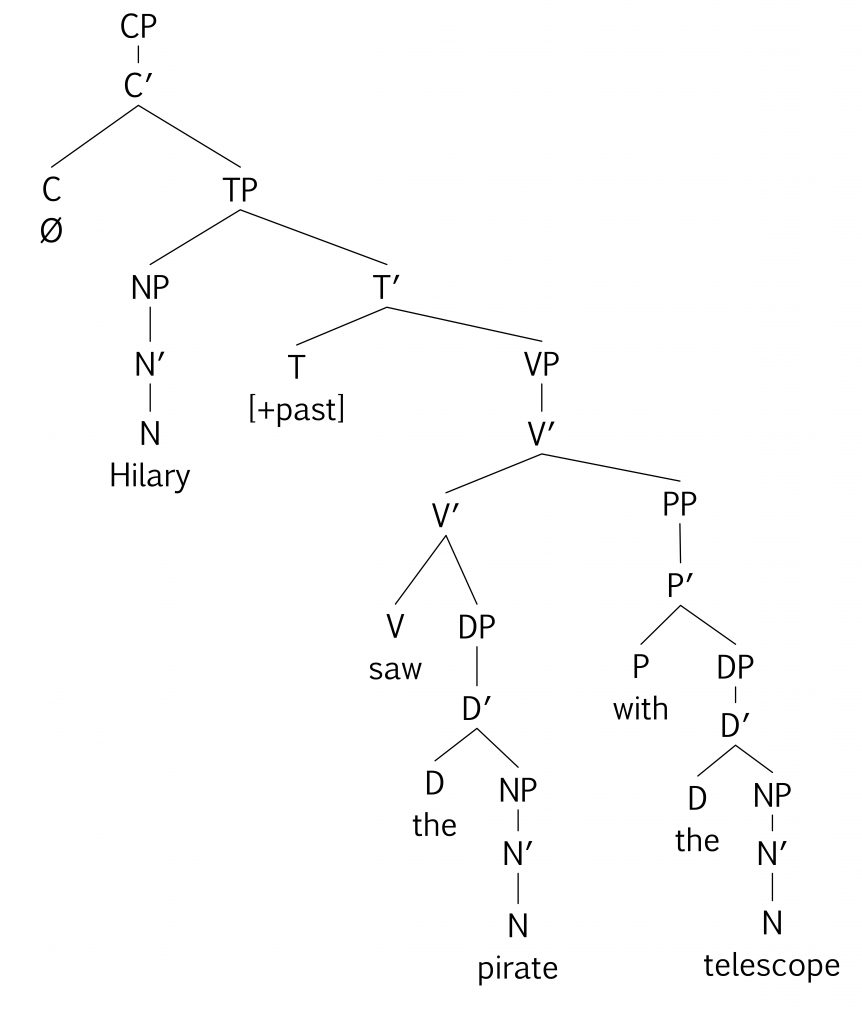 This single string of words has two distinct meanings, which arise from two different grammatical ways of combining the words in the sentence. This is known as structural ambiguity or syntactic ambiguity.

Structural ambiguity can sometimes lead to some funny interpretations. This often happens in news headlines, where function words get omitted. For example, in December 2017, several news outlets reported, “Lindsay Lohan bitten by snake on holiday in Thailand”, which led a few commentators to express surprise that snakes take holidays.

Another source of ambiguity in English comes not from the syntactic possibilities for combining words, but from the words themselves. If a word has more than one distinct meaning, then using that word in a sentence can lead to lexical ambiguity. In this sentence:

Heike recognized it by its unusual bark.

It’s not clear whether Heike recognizes a tree by the look of the bark on its trunk, or if she recognizes a dog by the sound of its barking. In many cases, the word bark would be disambiguated by the surrounding context, but in the absence of contextual information, the sentence is ambiguous.