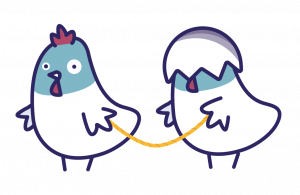 Overview: Co-operative games require two or more players to work together. In well-designed co-operative games, players need to co-ordinate their choices and actions to maximize their ability to play the game well. Depending on the game, this can require—and offer opportunities to practice—skills such as communication, negotiation, strategic decision-making, resource optimization, or spatiotemporal awareness. At the same time, they can be engaging icebreakers.

Co-operative games can be well-suited to situations where group work is required. Group work is something that students are often asked to do but they haven’t necessarily been formally taught how to do it. While co-operative games do not replace effective training in how to work well in groups (unless the game is designed specifically to do so), they can be used to let groups practice working together as groups with reduced consequences for failure (i.e. no impact on course grade for poor performance).

Continuity: Can be replayed whenever new groups are formed or when a new skill focus for group work is highlighted.

Using Game-Based Learning Online – A Cookbook of Recipes by The EGG is licensed under a Creative Commons Attribution-NonCommercial-ShareAlike 4.0 International License, except where otherwise noted.