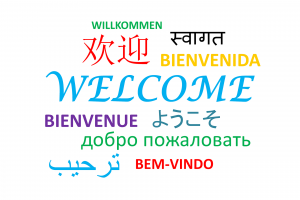 Welcome to the Open Educational Resource (OER) on translating for a Canadian audience. In the multilingual country of Canada, both English and French have equal status as official languages. In addition, there are more than 60 Indigenous languages in Canada, and in some regions, some of these languages have official status too. What’s more, many heritage languages are used by immigrants who have arrived in Canada from all around the world. Through the Census Program, Statistics Canada gathers a variety of data about the range of languages used in this country, all of which point to Canada’s rich history of multilingualism and translation.

Who is this resource for?

This resource is intended for newcomers to the field of translation in Canada. This includes students who are training to become translators, recent graduates who are just launching their careers in the language professions, students of other disciplines who are curious about translation, or even members of the general public who are interested in learning about this field. Of course, it’s not absolutely essential for you to be a Canuck to learn from this resource, but the focus will be on exploring tools and resources that will be helpful when translating between English and French for a Canadian audience in particular.

It’s common knowledge that there are differences between the varieties of English spoken in the United States and the United Kingdom. For example, in the US you take an elevator, whereas in the United Kingdom you take a lift. Likewise, the varieties of French spoken in France and Belgium have some differences too: in France, the number that comes after 89 is quatre-vingt-dix, while in Belgium this number is nonante. Well, Canada also has its own special flavour of both English and French, which means that if you are translating for an audience in this country, it pays to know your Timmies from your toonies, otherwise you could find yourself in double double trouble!

What’s in this resource?

This is not a comprehensive course book on how to do translation, nor is it an exhaustive description of every type of tool that may be useful for translation. Rather, it’s resource that seeks to familiarize those who are translating for a Canadian audience with a selection of tools and resources that have a Canadian connection. The primary focus is on tools and resources that support translation between the distinctly Canadian varieties of English and French, although the section on Language Portals contains a link to resources for some of Canada’s Indigenous languages.

In addition, because this is an OER for students or those just starting out in the language professions, it only covers tools and resources that are freely available online. No information is provided about commercial products that are offered for purchase or by subscription.

Finally, this OER is not intended to be a detailed user guide for the tools and resources that it presents. Rather, the OER is meant to function as a sort of “quick reference” to raise awareness about tools and resources that may be useful when translating for a Canadian audience. Therefore, it introduces some highlights and basic features, and it provides a series of short practical exercises to get users started, but users are then referred to the user guides provided by the developers to obtain more details.

The French version of this ebook is available here!