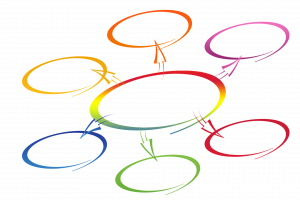 In the case of English and French, it is mainly the vocabulary that distinguishes the Canadian varieties of these languages from varieties spoken in other parts of the world. The grammar or syntax does not change very much, but there are definitely some words or expressions that are typical in Canada and that are used less frequently elsewhere. Therefore, when translating for a Canadian audience, it’s a good idea to use the vocabulary that is common to the region. But where can a translator go to find such terms?

One useful type of resource is known as a term bank. Term banks tend to focus on language that is a bit more specialized than the type of everyday language that is found in a dictionary. While dictionaries hold a record of everyday language, term banks contain information about the concepts that belong to specialized fields of knowledge, such as law, engineering, education, sports, arts and culture, agriculture, tourism, economics, health, and… well… pretty much any area of specialized knowledge. And this actually makes sense because most of the texts that need to be translated are also specialized to some degree, so term banks are a very handy source of information for translators.

In addition to the terms themselves, term banks may also contain definitions, examples of the term in context, an indication of any synonyms or equivalents in other languages, as well as other observations, such as usage information (e.g. whether a term is preferred in a certain geographic region or organization). With regard to usage information, a term bank may actually make recommendations about which terms to use and which terms to avoid. Being able to determine that a certain term is preferred for a Canadian audience or for an organization such as the Canadian government (which is a major employer of translators in Canada!) is valuable.

One of the biggest term banks in the world, TERMIUM Plus is maintained by the Government of Canada’s Translation Bureau. It contains millions of term records in English and French (with some records in Spanish and Portuguese). In addition to the terms themselves, these records may contain information such as definitions, synonyms, abbreviations, and usage examples. The records may also contain observations, which could provide more information such as whether a term is particular to a certain language variety or region of the world.

The user interface for TERMIUM Plus is available in either English or French, and performing a basic search is relatively straightforward.

For tips on how to use TERMIUM Plus in a more advanced way, consult the FAQ which offers information about how to conduct advanced searches and how to interpret the information displayed on the term records.

Le grand dictionnaire terminologique (GDT) is a term bank that is maintained by the Office québécois de la langue française (OQLF), which is an organization whose mission is to guide and promote the development and use of the French language in the Canadian province of Quebec. For example, if a new concept comes into existence, the OQLF will propose a French-language term to designate that concept.

Like TERMIUM Plus, the GDT is not a dictionary of everyday words but rather a collection of more specialized terms, which are drawn from a wide range of subject fields. Given the mission of the OQLF, the term records in the GDT contain first and foremost French-language terms, which are often accompanied by equivalents in English and sometimes other languages also, in order to facilitate translation. In addition, term records may contain a definition, an illustration, or notes about usage, including regional preferences.

One of the main goals of the GDT is to counsel users about the use of French in Quebec, and so where relevant, the term records are colour-coded with green, yellow and red sections, similar to the colours found on a traffic light. Terms in the green section are preferred for use in Quebec, while those in the yellow section may be used in some contexts. Meanwhile, terms in the red section should be avoided. These guidelines can help translators to select the terms that are appropriate for addressing Canadian audiences.

For a more detailed description of the GDT, including details on how to conduct advanced searches and how to filter and interpret the results, consult the downloadable user guide (available in French only).