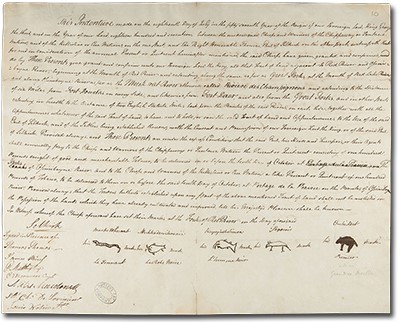 THIS INDENTURE, made on the eighteenth day of July, in the fifty-seventh year of the reign of our Sovereign Lord King George the Third, and in the year of our Lord eighteen hundred and seventeen, between the undersigned Chiefs and warriors of the Chippeway or Saulteaux Nation and of the Killistine or Cree Nation, on the one part, and the Right Honourable Thomas Earl of Selkirk, on the other part:

Witness the that for and in consideration of the annual present or quit rent hereinafter mentioned, the said Chiefs have given, granted and confirmed, and do, by these presents, give, grant and confirm unto our Sovereign Lord the King all that tract of land adjacent to Red River and Ossiniboyne River, beginning at the mouth of Red River and extending along same as far as Great Forks at the mouth of Red Lake River… 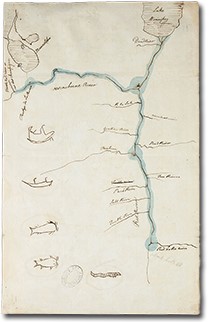