Do you think you are easily persuaded? If you are like most people, you aren’t swayed easily to change your mind about something. Persuasion is difficult because being presented with alternate viewpoints often makes people feel like they are being attacked! (This results in the backfire effect.) It also means they have to admit they were wrong about something, which is difficult for many to do.

Today we will learn about the study of rhetoric and three persuasive strategies identified by Aristotle that you can use to more effectively influence beliefs, attitudes, and actions.

Watch this quick video to learn about Ancient Greece and how the study of rhetoric has developed over the past 2500 years.

Aristotle identified three rhetorical appeals (ethos, pathos and logos) that he determined were the most effective ways to ethically persuade others. The video below provides an overview of each of the three appeals.

Ethos refers to the credibility of a speaker and includes four dimensions: competence, trustworthiness, goodwill and dynamism.

Competence refers to the perception of a speaker’s expertise in relation to the topic being discussed. A speaker can enhance their perceived competence by presenting an argument based in solid research and that is well organized and practiced. Competent speakers must know the content of their argument and be able to effectively deliver that content.

Trustworthiness refers to the degree that audience members perceive a speaker to be a person of good character. Perceptions of trustworthiness come from the content of the argument and the personality of the speaker. In terms of content, trustworthy speakers consider the audience throughout the persuasion process, present information in a balanced way, do not coerce the audience, cite credible sources, and follow the general principles of communication ethics. In terms of personality, trustworthy speakers are also friendly and warm (Stiff & Mongeau, 2003).

Dynamism refers to the degree to which audience members perceive a speaker to be outgoing and animated (Stiff & Mongeau, 2003), also knows as charisma. Charismatic people usually know they are charismatic because they’ve been told that in their lives, and people have been attracted to them. 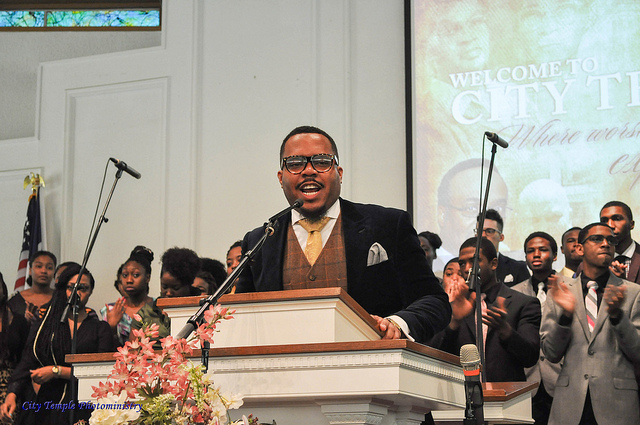 Unfortunately, charisma is difficult to intentionally develop, and some people seem to have a naturally charismatic personality, while others do not. Aristotle did not spend much time on this element as he felt that it could not be taught.

Logos refers to the reasoning or logic of an argument. Speakers employ logos by presenting credible information as supporting material and verbally citing their sources during their speech.  Research shows that messages are more persuasive when arguments and their warrants are made explicit (Stiff & Mongeau, 2003). Carefully choosing supporting material that is verifiable, specific, and unbiased can help a speaker appeal to logos. Speakers can also appeal to logos by citing personal experience and providing the credentials and/or qualifications of sources of information (Cooper & Nothstine, 1996). Presenting a rational and logical argument is important, but speakers can be more effective persuaders if they bring in and refute counterarguments. The most effective persuasive messages are those that present two sides of an argument and refute the opposing side, followed by single argument messages, followed by messages that present counterarguments but do not refute them (Stiff & Mongeau, 2003). In short, by clearly showing an audience why one position is superior to another, speakers do not leave an audience to fill in the blanks of an argument, which could diminish the persuasive opportunity.

Pathos refers to emotional appeals. Aristotle was suspicious of too much emotional appeal, yet this appears to have become more acceptable in public speaking. Stirring emotions in an audience is a way to get them involved in the speech, and involvement can create more opportunities for persuasion and action. Reading in the paper that a house was burglarized may get your attention, but think about how different your reaction would be if you found out it was your own home. Intentionally stirring someone’s emotions to get them involved in a message that has little substance would be unethical. Yet such spellbinding speakers have taken advantage of people’s emotions to get them to support causes, buy products, or engage in behaviors that they might not otherwise, if given the chance to see the faulty logic of a message.

Effective speakers should use emotional appeals that are also logically convincing, since audiences may be suspicious of a speech that is solely based on emotion. Emotional appeals are effective when you are trying to influence a behavior or you want your audience to take immediate action (Stiff & Mongeau, 2003). Emotions lose their persuasive effect more quickly than other types of persuasive appeals. Since emotions are often reactionary, they fade relatively quickly when a person is removed from the provoking situation (Fletcher, 2001).

Emotional appeals are also difficult for some because they require honed delivery skills and the ability to use words powerfully and dramatically. The ability to use vocal variety, cadence, and repetition to rouse an audience’s emotion is not easily attained. Think of how stirring Martin Luther King Jr.’s “I Have a Dream” speech was due to his ability to evoke the emotions of the audience. Dr. King used powerful and creative language in conjunction with his vocalics to deliver one of the most famous speeches in our history. Using concrete and descriptive examples can paint a picture in your audience member’s minds. Speakers can also use literal images, displayed using visual aids, to appeal to pathos.

Speakers should strive to appeal to ethos, logos, and pathos within a speech. A speech built primarily on ethos might lead an audience to think that a speaker is full of himself or herself. A speech full of facts and statistics appealing to logos would result in information overload. Speakers who rely primarily on appeals to pathos may be seen as overly passionate, biased, or unable to see other viewpoints.

Review of Ethos, Logos, and Pathos

Read this blog post for more background into Aristotle and practical tips for using Ethos, Pathos and Logos in your writing: https://copyblogger.com/aristotle-copywriter/

Rhetoric and Persuasion by cwilliams1 is licensed under a Creative Commons Attribution-NonCommercial-ShareAlike 4.0 International License, except where otherwise noted.