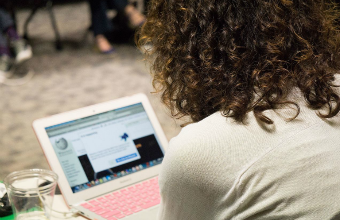 Source: Wikipedia in the Classroom by WikiEd Foundation

The two resources described here, Feminism in Canada and Pet Nutrition, offer a way to connect learners’ work beyond the classroom.

Why We Set Out to Build This Resource: Feminism in Canada

In the early days of developing a syllabus on feminism in Canada, I noticed a dearth of relevant information online. The Wikipedia page which consistently appeared at the top of search results, I recognized that students and scholars alike would be looking to Wikipedia for information on the subject. I started to think about how my classroom might serve to address the gap in knowledge while meeting my own pedagogical goals. At the time, I was developing an interest in the gendered practices of editing on Wikipedia, and the fact that at the time, less than 13% of “Wikipedians” resulting in the underrepresentation of areas of knowledge historically associated with women.

To address my concerns both about the lack of information about Canadian feminist histories, and the gendered nature of Wikipedia, I developed an assignment to rewrite the existing article on “feminism in Canada”. The assignment also aimed to create community among my students (by having them work collaboratively), and to make their work accessible to an audience outside of the classroom enabling students to see themselves simultaneously as “learners” and “knowers”.

How We Did It

I designed the assignment to focus more on developing content and on collaborating with one another, and less on the technological side of things. Students began by reading broadly on Canadian feminist histories, and then identifying key gaps that their research could fill. They each wrote a short contribution to either the article on “feminism in Canada” or a related article of their choice. I assessed their individual contributions for the assignment, as well as their collaborations in revising and editing the work for uploading (as part of their participation mark). By the end of the course, the coverage on Canadian feminist histories was much improved, and my students’ collaborative contributions to Wikipedia were available online.

Why We Set Out to Build This Resource: Pet Nutrition

The Wiki Ed Foundation was just forming and I had heard that they were looking for instructors to involve learners in writing Wikipedia pages as part of their course assignments. In my fourth-year Pet Nutrition course, I have learners submit literature reviews, and I saw this as an opportunity to share their work with a much wider audience.

How We Did It

I generated 40 potential topics on pet industry nutrition products and trends. In groups of four or five, learners selected a topic, and throughout the term, they researched and drafted their topic’s content for Wikipedia. The Wiki Ed Foundation provided training and support for me and my learners, e.g., the invaluable dashboard which tracked learner progress.

The assignment’s intent was to have the learners think more broadly and to improve their research, writing, peer editing, and teamwork skills, but I also wanted them to think how their contributions can impact a wider audience. For many pet owners, Wikipedia is a source of information, and the learners critically appraised current information, challenged existing viewpoints, and provided credible information on 32 different pet nutrition topics. My colleague, Adronie Verbrugghe and I implemented a vetting process and made it clear that only the best and most complete information was going to actually be posted to Wikipedia.

My learners were surprised at the misinformation they found online, and they see now that they can play a critical role in bridging research in their discipline to the general public.

Technology-Enabled Learning by eCampusOntario is licensed under a Creative Commons Attribution 4.0 International License, except where otherwise noted.