In this chapter, you will explore the concepts of privilege and power.

This chapter helps you identify the privileges you bring to equity, diversity, and inclusion (EDI) work but also why acknowledging privilege is essential to being an effective social change agent, anti-oppressive thinker, and ally to equity-deserving communities. Privilege – and, on the other hand, the oppressions we face – affect everyone’s worldview. But it’s how we acknowledge our privilege and what we do with it that matters most.

By the end of this chapter, you will be able to: 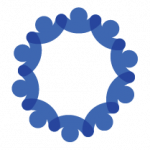 Privilege is a system of “automatic advantages and unearned assets available only to dominant groups of people” (McIntosh, 1989, Ferguson, 2014). We haven’t done anything to deserve these privileges, nor have we specifically sought them out. They are just engrained advantages that come with certain aspects of our identities, because of the way our society has been historically and contemporarily structured.

Privileges, or a lack of them, are fundamental elements of social and institutional power. Privilege often leads to power inequity that determines people’s ability (or inability) to affect change, make decisions, and steward resources, even in their own interests.

Because we haven’t done anything to earn these privileges, sometimes we feel awkward acknowledging them. It can be awkward or uncomfortable to admit that aspects of our identity have given us power over others. But acknowledging privilege is important because it helps us identify how to act and dismantle systems of oppression.

This chapter will help you answer these questions in more detail:

Privilege n. comes from the Latin privilegium, meaning a law for, or against, a private person (Merriam-Webster). In social justice, the term privilege described unequal rights, advantages, and protections between dominant and minority groups (Sensoy & DiAngelo, 2017).

Let’s start with an example of an easily recognizable privilege. If you are left-handed, you are part of a community that comprises about 10% of the population (Papadatou-Pastou et al., 2020).  As a result, you have likely experienced social norms that are shaped by the dominant right-handed people: the left-sided flap covering the zippers on your pants, the position of the number pad on keyboards, car cup holders, musical instruments, scissors, and small kitchen utensils, such as can openers and vegetable peelers. If you are part of the dominant right-handed population, it is quite possible that you might not have noticed these advantages. In contrast, if you’re left-handed, it’s possible that you have adapted to use these “normal” tools as a member of the marginalized left-handed group. In this case, people born right-handed have an automatic and unearned privilege, and the power to direct and influence the behavior of others. This power might manifest in something as simple as a decision of a company to manufacture a product with the majority in mind, a right-handed product inaccessible to the left-handed population.

At this point, you might realize that the term privilege is a relative concept that is experienced by everyone to varying degrees. Sometimes you can be an individual with privilege in your social circles, while at other times you might not be. So, what does it mean when you are interacting with members from another group and your relative privilege changes with the context of your interactions? Please watch Franchesca Ramsey’s video Sometimes You’re a Caterpillar (3:18 mins), hosted on her YouTube channel.

As the video demonstrates, sometimes you’re a caterpillar and you may be a straight-A student, but at other times you might be the snail who struggles with their body size or feel like you don’t belong in a particular space or group. Having privilege is not a bad thing and should not be the root for guilt because it is a product of complicated cultural, social, political, and historical systems that have been in place long before you were even born. Having privilege doesn’t mean you have it easy, or that you didn’t work hard. Having privilege simply means that you might not have to overcome the same obstacles that others face. Having privilege means acknowledging how these systems have benefitted you, so you can work to ensure these systems don’t present obstacles to others.

What are some other forms of privilege?

Look at this privilege wheel (below). The Wheel of Power and Privilege consists of three rings around “Power and Privilege”. The ring closest to the center represents groups who have power and privilege. The middle ring represents obstacles to power and privilege. The outer ring represents equity-deserving groups – those whose access to privilege and power is blocked by the obstacles of the middle ring. In the centre ring, we have identities that are often associated with privilege within our current societal systems and structures. For example, those identifying as male are likely to experience male privilege. This presents a system of advantages and opportunities that aren’t available to those who don’t identify as male. In addition, those who don’t identify as male will experience barriers because of systems of oppression, like misogyny and toxic masculinity. Think about how the slices of this wheel interact. Someone might have privilege as someone who is a citizen and identities as cisgender. But on another part of the wheel, like sexual orientation or race, they might experience oppression. As a result, we might see different experiences of oppression even within each slice of the wheel. For example, a queer white, cisgender, able-bodied, securely housed man may experience oppression related to his queer identity, but other members of the 2SLGBTQIA+ community will also experience additional types of oppression like ableism, racism, or classism. Again, this is not about experiencing guilt about these identities but rather about identifying where you sit in the various pieces of the privilege wheel.

Privilege Check: Never Have I Ever…

Here we adapted the classic “Never Have I Ever” game to provide some scenarios that would allow you to catalogue your own privilege. You will have an opportunity to relate to some oppressions that you may have experienced before, or, recognize your privilege if otherwise. There is no right answer in this exercise, rather a symbolic demonstration of how privilege and oppressions can present in everyday life. Your responses will not be kept or seen by anyone else.

Did you identify more privilege than your initial self-reflection? Did you recognize any oppressions that you might have overlooked before? It’s possible that some of the scenarios seem “normal” because you have experienced them much too frequently or that you have never acknowledged certain privilege in your life because they felt ordinary. However, these ordinary privileges can turn into extraordinary power to fight systemic basis and social oppressions for people who are less fortunate.

Acknowledge your privilege and how it informs your perspectives as you engage in Equity, Diversity, and Inclusion (EDI) work.

Privilege is a set of unearned advantages granted to people of certain dominant groups as a result of complex cultural, social-economic, political and historical structures. Having privilege does not mean your life is easy. You may have experienced hardship in one area of your life, while experiencing immense privilege in other areas. Someone who has experienced racial discrimination, for example, may also be able-bodied, and thus, experience privilege related to their physical or mental abilities. Acknowledging our privileges helps us to be aware that others may experience barriers and obstacles that you don’t. Similarly, those same folks may not experience certain barriers and biases that you yourself do. But in order for us to work together to dismantle barriers and biases, we need to acknowledge the privileges, advantages, and systems of power that each of us has. In our society, privileged groups often have more power over marginalized groups and are more likely to be in positions of power (Chugh, 2018). In the coming chapters, we’ll explore how to use that power to dismantle systems of oppression rather than further entrench advantages.

Acknowledging your privilege is a great start but it won’t be enough. As suggested by the ancient adage (popularized by Spider-Man) “With great power comes great responsibility,” you can use your power to make a difference:

It takes all of us to transform our society for the better and to challenge inequities.

Figure 1.1 The Wheel of Power and Privilege: Open Learning and Educational Support, University of Guelph/graphic

Figure 1.1 The Wheel of Power and Privilege

Moving from the central “Power and Privilege” to the “System(s) of Oppression” to “Equity-Deserving Groups” in each of nine sectors beginning at the bottom of the wheel and moving counter-clockwise, the wheel shows us: