The Beer Cerveza Pacifico Clara was born by three German settlers named Jorge Claussen, German Evers and Emilio Philippy. They created an authentic Mexican “pilsner-style lager” beer in 1900 in Mazatlán, Mexico at their brewery.  Little is known about the early brewing days of Pacifico, the beer was enjoyed by the locals and the company had a positive impact on the economy.

In 1954, Tàthe Cerveceria del Pacifico brewery was bought out by the Mexican brewing company, Grupo Model. Now falling under the same umbrella as Corona,  Pacifico was in good hands when popularity struck in the 1970’s.

The golden lager was discovered by a group of California surfers in the cantinas of the Baja Peninsula.  In the 70’s the Baja peninsula was very remote, untouched by man and home to amazing surf breaks. Once the secret was out some of California’s most devoted surfers started making regular trips to the promise land of Surf.  Groups of Surfers would make the drive to surf in crystal blue waters with no one in sight and they just so happen to find found a beautiful pairing and cheap pairing for the experience, Pacfico Beer.  These surfers loved the beer so much, they started loading up the van with cases before heading home to the United States.  The ritual of going to Baja,  surfing and bringing home cases of Pacifico created an extraordinary demand for the authentic Mexican beer in the United States among the surf community.  A sacred beer that came from sacred waves. 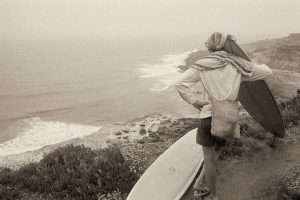 The packaging and distinct taste made Pacifico the clear choice for surfing crowds and outdoorsman. The company decided to lean into the story and attached a new slogan to the brand “Pacifico Beer, Discovered in Baja, Imported by Surfers”. They began exporting this beer in the United States in 1985 with great success. 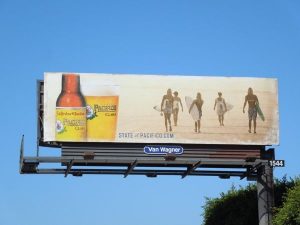 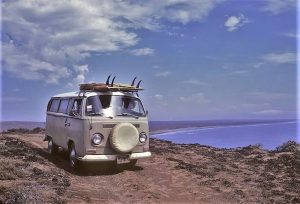 The History of Port Mazatlán

After an eleven-year struggle, Mexico won their independent from Spain in 1821. By the mid 1830’s the Port of Mazatlán was thriving, building commercial relations with distant economies and people. The success of the Port attracted the attention of a wide range of European entrepreneurs.  A trade connection between Mazatlán and Germany allowed for a large number of Germans to immigrate to the Pearl of the Pacific. 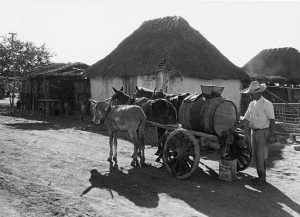 Arriving with the skill and capital they needed, the Germans helped develop Mazatlán into a blooming commercial seaport. In 1900, three German immigrants started their own brewery. The Pacifico brewery created a great job source that has strengthened the economy of Mazatlán for more than a century.  The world finest pilsner used to get delivered to all corners of the town by wagons pulled by mules. The increasing population and wealth of the port created a healthy market for the young German entrepreneurs. Information about the early brewing days are hard to come by online, to learn more tours are available in the Pacifico brewery and museum that carry on the rich history of the golden lager.

Here are some historical events that took place when Pacifico Beer was just getting started in 1900. 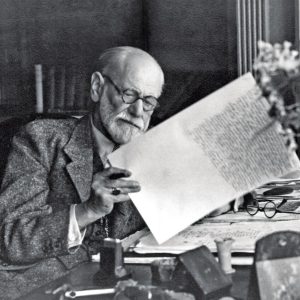 In the early months of the year Sigmund Freud released his book The Interpretation of dreams. The world-renowned psychologist shared his Freudian theory to the world, Freud believed dreams represented a disguised fulfilment of a represent wish. Despite the success and recognition, he would receive in his later years, Freud’s book was published in an edition of 600 copies which he struggled to sell over the next 8 years.

In America, 38% of all cars that were sold in 1900 were electric.  Electric cars were appealing to woman because they were much quieter and required less effort to start.  In 1914, Henry Ford and Thomas Edison were collaborating on the creation of practical electric vehicles. While they did state their plans to manufacture these cars publicly, the project fell to the waysides. Could you imagine if Ford had focused their efforts into electric cars and renewable energy for the past 100 years. What a different world we would live in. 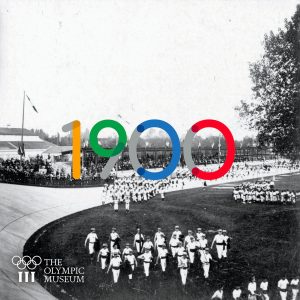 The key events that shaped the early history of the Pacifico Beer all lies with the Port of Mazatlán in Mexico and the purchase of the beer by big Mexican brewery, Grupo Model.  The Port of Mazatlán attracted many European immigrants who helped build commercial relations with distant economies. Mazatlán became a very successful port with a healthy economy allowing the three German entrepreneurs to start a brewery. Grupo Model, a very established group of breweries bought out Pacifico in 1954. This allowed the brand to grow naturally once popularity struck in 1970’s. Pacifico is still in business thanks to the smart and adaptive thinkers at Grupo Model. 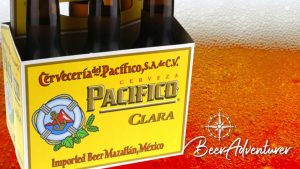 The Industrialization and Brewing Science

Pacifico was founded in the last year of industrial revolution, starting a brewery in the 1900’s proved to be very advantageous because the three German Entrepreneurs had access to factory made glass beer bottles, refrigeration and various delivery methods.  Thanks to the industrial revolution, Pacifico never had to blow their own glass bottles like other breweries in the past. It was much simpler and easier to produce glass bottles from a factory. Although it isn’t clear if this work was outsourced or done in house, it was one less time-consuming worry to deal with for the young entrepreneurs. Another great invention during this revolution was the refrigeration of goods. Refrigeration and pasteurization allowed Pacifico beer to have a prolonged shelf life, meaning they could brew beer and didn’t have to sell it all right away. Although they didn’t take advantage of this technology to ship their beer across the country it allowed them to waste less time, money and ingredients. Thanks to the Era this great story was unfolding, Pacifico had many means of transportation to get their beer to the buyers. As mentioned earlier they did use wagons and mules to get their beer to nearby customers however it wasn’t their only means of transportation. Pacifico utilized refrigerated transport vehicles as well as small boats to get their beer to their clients.

Pacifico Brews an Authentic Mexican Pilsner styled Lager. They haven’t made any changes in over a century so let’s take a deep dive into the origins and what makes this style of beer so classic. In the mid 1800’s, beer drinkers a part of the Czech culture were frustrated with inconsistent ales, brown and murky beer. Bavarian brewer Josef Groll shook things up by using Bavarian lager yeast, soft water, pale malt and Saaz hops to produce a clear, golden crisp lager that eventually became known as a Pilsner.  The beer brewed by Pacifico is a light bodies, pale, fizzy lager, it has low bitterness, thin malts and a moderate alcohol (4.5%).

The First and Second World War

The first World War led to an increase in anti-alcohol movements which eventually lead to alcohol prohibitions around the world, most notably the United States nation-wide prohibition in 1920.  The Volstead act prohibited intoxicating beverages which included virtually any alcohol beverage over 0.5% ABV. Although the United States were suffering during this time, Mexico saw an increase in Beer sales as Americans were making their way south to drink where it was legal. Mexican breweries saw a short-term growth due to the increase of demand in the area. Pacifico alongside other Mexican Brewers gained loyal customers from the North which helped them in the long-term when they were able to expand and sell their products in the United States after the prohibition.

As mentioned earlier Pacifico was acquired by Grupo Modelo in 1954. Grupo Modelo has maintained ownership of the Pacifico brand since then and has done an outstanding job bringing their unique taste to the US Market. No information is available concerning how the beer has been impacted by the post war corporatization, consolidation and globalization in the brewing industry.

Pacifico has stayed true to their roots, they have maintained and embraced the surf aesthetic.  Their brand and website celebrate their surf history and has now branched out to various other action sports including skateboarding, snowboarding, skiing and more. They filmed some drone footage of these disciplines and it plays on their websites action sports page to give the consumer the perspective that they are quite literally looking after these disciplines.

Pacifico’s marketing strategy is to invest into these action sports by sponsoring events and partnering with athletes in hopes of captivating the attention of these communities.  Pacifico is the official beer sponsor of the X-Games, a global spectacle which brings together the best action sports athletes from all over the world. Having their logo on TV while these events are being broadcasted subconsciously captivates the attention of the enthusiasts of the sports. 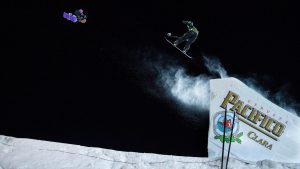 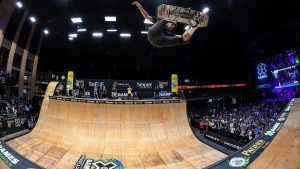 Pacifico is also the Official beer sponsor of the U.S. Ski and Snowboard team. They have made quite the effort to get involved in snowboarding partnering with one of the most decorated and respected females, Jamie Anderson. They are also hosting a contest with Snowboarder Magazine to win a trip for two to Vail Colorado. Pacifico is actively putting in effort to stay relevant in these communities as it has been their niche for over 50 years.

In the skateboard community they host a contest called the Pacifico downtown open which professional skaters competed in a jam formatted contest.  A local pro skateboarder from Whitby, Ontario named TJ Rogers was in attendance competing against one Pacifico’s sponsored athletes Ishod Wair. Pacifico is also running a social media contest with legendary skater Tony Hawk.

Pacifico is still very prominent in the Surfing world, they have managed to partner with Surf legend Rob Machado and big wave champion Billy Kemper.  It’s amazing to see a company do so much for the niche community that popularized their brand in the first place. No wonder they are still successful and enjoyed across the world. 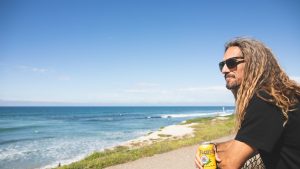 Pacifico has been influenced and inspired by the environmental push. All their cardboard packing 100% recycled materials.   In 2018 they established Pacifico Preserve, committing to protect the outdoors and advocate for better access to adventure. Pacifico Preserve has partnered with two major organizations: The conservation Alliance and Outdoor Afro. The Conservation Alliance mission is to protect outdoor adventure supporting over 50 organizations that are working to protect North Americas wild landscapes and waterways. Outdoor afro is an organization that inspires black leadership in nature, connecting thousands of people to outdoor experiences like hiking, camping and more. Pacifico is also involved with a many local foundations including the Costal California River-watch, the Greenway foundation and Keep Tahoe Blue just to name a few.

Beer Through the Ages by Jordanne Christie is licensed under a Creative Commons Attribution 4.0 International License, except where otherwise noted.